Arrieta Grill lighting its coals next to the bullring in Pamplona 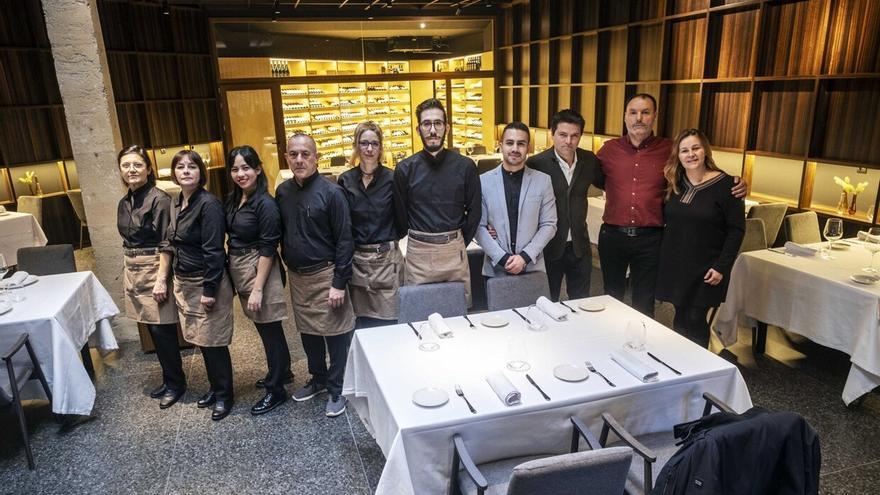 ,We are a steakhouse, steakhouse. with our grills, our fires, our grilled meat and a wide range of fresh fish that come straight from the market: turbot, sea bream, sole, clams, blue lobster, viceroy…”, list John Oficialdegui and the Solana family that are going to run the new Arrieta GrillWhich lit the stove for the first time on Monday at Emilio Arrieta Street, 9, in Pamplona.

“We didn’t announce anything because we didn’t know when we were going to open and we served over thirty meals. The beginning has been very positive because Diners left very pleased and some tables have already told us they’re going to repeat, We even have enough reservations for Christmas”, says Juan Oficial Degui.

The grill, with 16 employees on staff, specializes in grilled meats: Seared Lamb Chops from Navarra, Beef Ribeye and Sirloin Steak and Beef Ribeye, “We choose the best pieces. For T-bone steaks, we use Galician blond breedIt’s one of the best meats out there,” Oficialdegui says.

paired with meat and fish An extensive wine cellar: Reds, whites and rosés from Navarre, Rioja, Ribera del Duero, Campo de Borja, Priorato or Rías Baixas.We have 300 different references. The idea is to create a fun winery, with a balance between classic and innovative wines. We have signature wines from France, Germany, Argentina, Australia and Chile”, confirms sommelier JonAnderson Mosquera.

The grill also offers cold appetizers – beef picana carpaccio, sirloin steak tartare or clams, hot appetizers – veal sweetbreads, sautéed mushrooms or hake cococha -, classics such as Menudicos of lamb, azorriero with black beans or lobster from Tolosa, In total, the grill has 26 tables, 20 large and six smaller. Capacity for between 90 and 110 diners,

Raoul, the grill’s head chef, makes sure that the meat and fish are cooked to perfection. the man from pamplona, ​​with With two Michelin stars behind him, he’s spent nearly four decades between the coals and the grill. At the age of 15 he made his debut in the prestigious restaurant tubal de taflawhere he won his first Michelin star.

Seven years later, he signed for Rodero from Pamplona and Caracas, Raúl lived in Venezuela for eleven years and in 2003 he returned to Navarra. He became the head chef at Otano, founded the Maison Pirinio de Estafeta And after five years “it was too young for me”, confessed Raul, who completely changed scenery and discovered diverse Spanish and Latin American gastronomy: Cerral – the highest town in the Aragonese Pyrenees-, Ibiza, Dominican Republic, Cuba, Cancun, Riviera Maya and Curaçao, an island in the Caribbean Netherlands,

After traveling so much, Raul has settled in Pamplona. “I was great in Cuba and Mexico, but I’ve been friends with Michelle since we were little. we know each other since childhood, He told me about the project and I didn’t hesitate to join. Besides, the family was a bit abandoned”, he explains.

Raul is with three other grillers With over three decades of experience in the field dealing in Grills in Europe, Africa and America.

The grill also provides bar service and a second kitchen, separate from the grill, where fried foods and skewers are prepared on the fly: Roasted Peppers with Ribeye Meat beef and piquillo peppers from Lodosa, ribeye croquettesGrilled lerin chistorra -1st prize in 2022- Zero trotters filled with boletus, oysters or gratin sea urchin.

During many years of campus improvements, They lowered the ground level by 80 cm And they acquired a mezzanine where cold rooms and car washes are located.

“The project was born out of a need to merge tradition with the present, Grill with restaurant. For this Extracted from traditional ingredientslike stone, wood and brick, To create a comfortable, calm and elegant space”, they explain for their part from Araujo Arquitectura, the study in charge of the reform of the complex.

Rising natural gas prices are likely to bite this winter