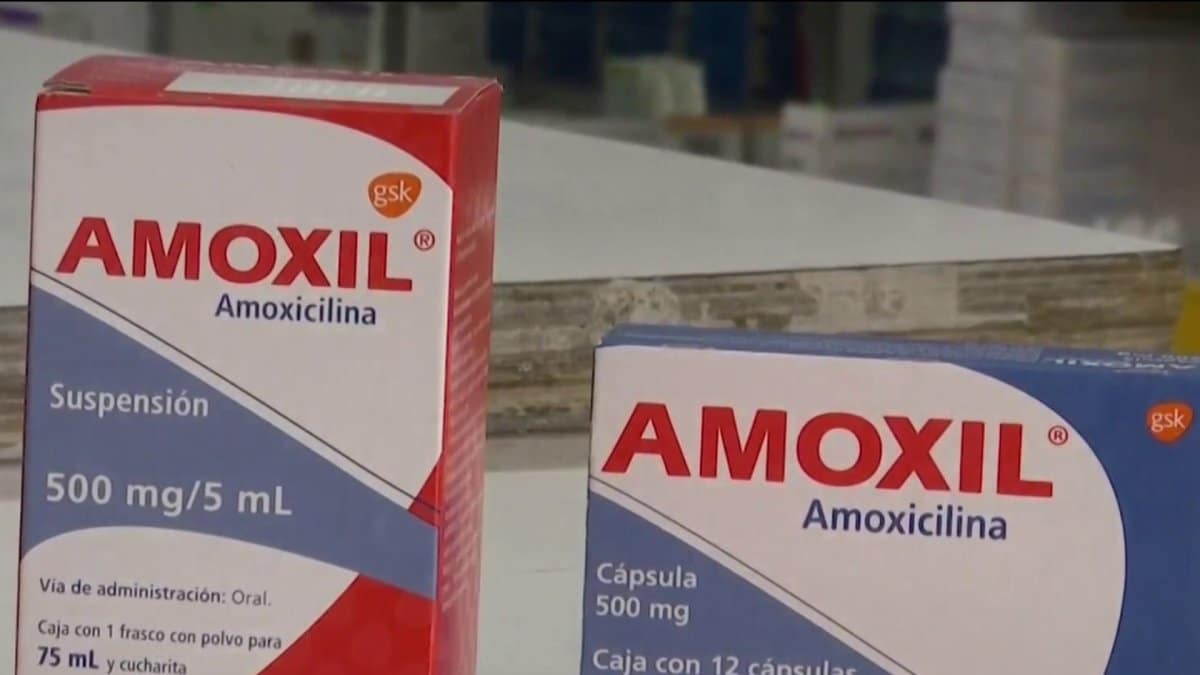 Tijuana- San Diego has seen an increase in the incidence of respiratory diseases, especially among minors, with frequent use of antibiotics such as Amoxil.

So some areas of the United States have already been deficient. And although it is extremely common for Americans to obtain drugs from the Mexican side, in this particular case it is different, as their sale is controlled.

Representatives of the region deny shortages in Tijuana of this particular antibiotic.

Julian Palombo, president of the Chamber of Commerce and Pharmaceutical Merchant, said that to date, there has not been much demand for the drug by California residents, the main customer of pharmacies located on Revolution Avenue and Tourist Walkways.

“So far there is no shortage of Amoxil, all suppliers request Amoxil, Amoxicillin, which is the active substance, without any problem. Today there is no shortage and there is no great demand, it may happen that because of the fact Because it was rare there, people would start coming from this side to find it, but that is not the case yet,” he said.

Federal officials say amoxicillin is in short supply as cases of RSV continue to rise across the country.

Amoxicillin is not used to directly treat RSV, however, it may be prescribed to treat secondary bacterial infections in children with RSV.

However, on the Mexican side of the border, amoxicillin, like other antibiotics, is sold under controlled conditions.

So, Rocio Sanchez, who has been working in a pharmacy for 15 years in the tourism sector, said that they should be very careful not to break health laws.

“By law you need a prescription to fill an antibiotic. Each drug has its own record, you have to write down the data of the prescription, the doctor, the medicine, everything is controlled,” Sanchez told Telemundo Told 20.

And although pharmacies are a tourist attraction for California residents and have been set up by the dozen on Revolution Avenue and tourist walkways, pharmacists report a drop in their sales, according to Celso Hernandez, a pharmacist at Walkway.

RSV causes approximately 58,000 annual hospitalizations and 100 to 300 deaths in children under 5 years of age in the United States each year.

“Actually, customers these days have decreased, maybe it has started to increase again, but it is very quiet on this path,” he insisted.

In Baja California, respiratory illnesses such as COVID-19 and influenza have not had a high incidence in recent weeks, according to health officials, however, they can expect a rebound as temperatures and seasonal illnesses decline in the region . attack again.

“Most of our customers are people who come from there from the other side. Especially on these dates when the cold starts, the flu comes back and all that, because if the antibiotic is highly requested,” Sanchez explained.

It is important to emphasize that in order to purchase this medicine, you must present a medical prescription issued by a doctor with a professional license in Mexico.