At least two killed after clashes in Peru’s Apurimac department 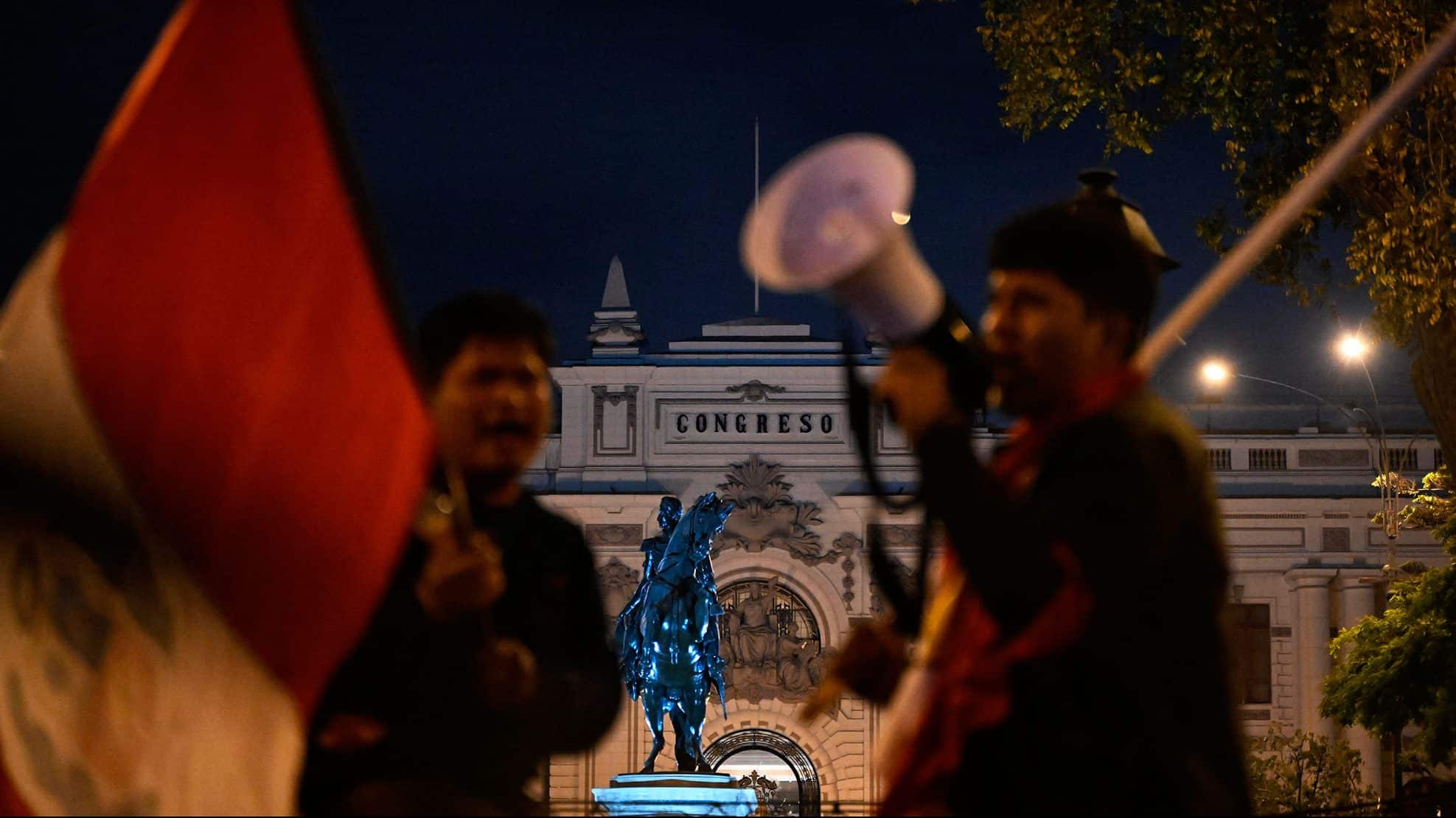 (CNN Spanish) — Peru’s Ministry of Health reported on Twitter this Sunday that at least two people died and three more were hospitalized during demonstrations in the department of Apurimac.

At least one person was killed and a policeman was injured after clashes between protesters and police at Huancabamba airport in that area, specifically in the city of Andahuallas, Peru’s national police said in a statement earlier. Told.

According to the unit, the brawl occurred when “residents of the area” attacked the facilities.

Police said the officer had been injured by “blunt objects” and limited themselves to saying that “he is receiving the necessary care.”

Regarding the dead person, he only said that the Public Ministry is investigating the incident.

Political crisis in Peru, a challenge to democracy 6:32

Peruvian President Dina Boluarte expressed her condolences with a message saying, “The life of no Peruvian deserves to be sacrificed for political interests.” Posted on his Twitter account.

Hours earlier, officials reported that at least 50 people, including police officers and workers, had been taken “hostage” after a series of attacks and “acts of vandalism” at the Andahuilas airport in southern Peru. air terminal from Saturday, the Peruvian Corporation of Airports and Commercial Aviation, S.A., Corpac, indicated in a statement.

According to Corpac’s statement, the incidents “seriously affected the landing strip and equipment that is required to provide air navigation services.” Corpac, a company affiliated with Peru’s Ministry of Transport and Communications, said that “they have also set fire to the transmission room, the fuel room that surrounds the terminal with acts of violence, where 50 members and collaborators of the Peruvian National Police are located.” “.

People attend a demonstration demanding the shutdown of Congress in Lima on December 10, 2022. Credit: Ernesto Benavides / AFP via Getty Images

Korpac asked the police for support and reinforcements to “protect the lives of the hostages”, although he did not provide further details of their condition.

The statement of the Peruvian Corporation of Airports and Commercial Aviation did not give details of the reasons for the attacks against Andahuilas airport in the department of Apurimac, and limited itself to calls for “calmness and reasonableness of the attacked population”. – they say – our terminal for no reason”.

Local media, such as the RPP, reported that the incidents at the airport began when protesters tried to prevent police officers arriving from Lima from traveling as reinforcements to the city of Andahuales, where at least 20 people were injured this Saturday . Four police officers in clashes between groups of law enforcement and protesters.

In its statement this Sunday, the National Police said it had sent reinforcements to the area to “guarantee public order and social tranquility”.

CNN is trying to get more details from Peru’s National Police, Ministry of Public Affairs and CORPAC.

Andahuales is one of the regions that has seen demonstrations this week in support of, among other things, Pedro Castillo, Peru’s former president who was ousted by Congress this week and later arrested. According to local media, other slogans of the protesters included a call for general elections, the dissolution of the Congress and the creation of a Constituent Assembly.

This Sunday, the police indicated in its statement that it “guarantees the right to peaceful protest, categorically rejects violence in any form and urges the population to remain calm.”

Explainer: What do Alabama’s new laws say on transgender children?

EU will train another 15,000 Ukrainian soldiers