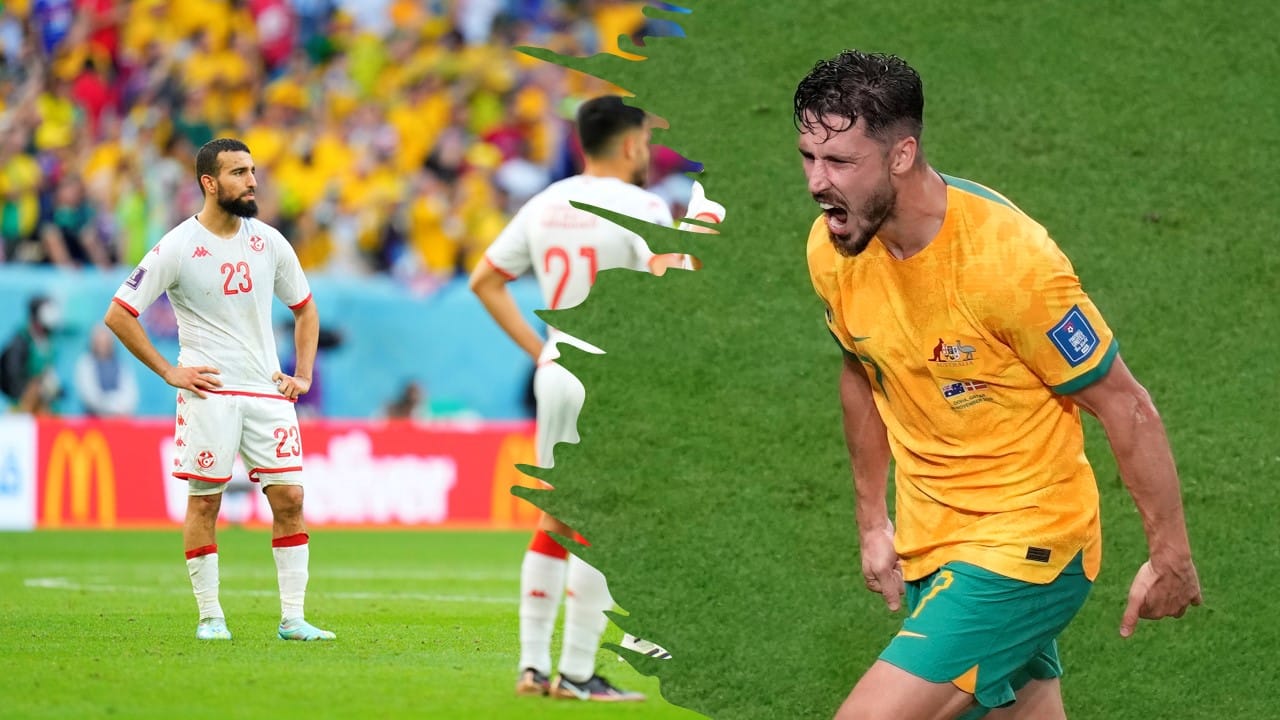 The Australians needed 12 seconds and 3 passes in the 60th minute to go from winning the ball in their own penalty area to scoring on the other side of the field. Leckie, Australia’s most experienced player after goalkeeper Matthew Ryan, twice sent defender Joakim Mahele running wide and fired the ball into the far corner of the goal.

The goal came at a crucial time. Shortly before this, Tunisia had taken a lead against France in the parallel game and had taken second place from Australia in the virtual table. Due to the starting position, coach Graham Arnold’s team had until then focused mostly on defense – with the assumption that this would be enough to push forward.

Surprisingly little came from Denmark, who had made a strong European Championship showing the year before and only lost to hosts England in the semi-finals. Even after falling behind, hardly anything was visible from both sides. They looked tired and unimaginative, with crosses into the opposing penalty area continually cleared by the Australians, who were stronger in the air.

The blow came for Australia in the 71st minute when Algerian referee Mustapha Ghorbal pointed to the penalty spot. However, the Danish player was offside before the foul, which meant that the decision was overturned or overturned.

Australia has appeared in every final tournament since reaching the round of 16 in 2006, but has never progressed beyond the group stage. Four years earlier in Russia, when they were in a group with France and Denmark, the team finished last with only one point (a win against Denmark). The success, initially followed by a clear 4–1 defeat against France, is to be assessed accordingly by what only the biggest optimists believed.

France played second guard against Tunisia, putting in a miserable performance and losing 1–0. Had Australia only drawn, Tunisia would have gone through their three group games conceding just one goal. Now Tunisia is eliminated along with Denmark.