“Australia Was a Circus, But It Wasn’t All Djokovic’s Fault” 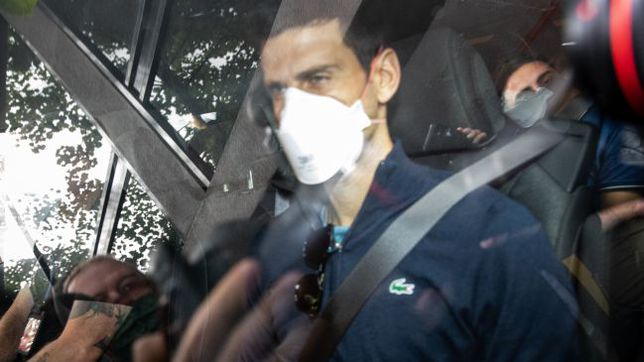 The tennis world is still waiting to see if Novak Djokovic will be able to play in the next Australian Open after being deported. After a sudden entry into the country ahead of this year’s edition. A deportation that includes a three-year visa withdrawal, Djokovic’s lawyers are in talks with the Australian government to allow the Serbian tennis player to re-enter the country.

American tennis player Christopher Eubanks wanted to talk about the strange experience Djokovic experienced in Australia earlier this year, who assured in an interview with Tennis Channel that it was a complete circus and that Djokovic’s thanks for what happened. Wasn’t a mistake. “I hope Novak Djokovic can play this year’s Australian Open. I think what happened was a circus, but it wasn’t quite Djokovic’s fault. I think most of the blame lies with Tennis Australia and the Australian government, which was sometimes not right. Nowak came in, thought he could compete and, since he was misinformed, he was eventually deported.”

Eubanks knows the ban that is placed on Djokovic if he wants to return to Australia, although he hopes the Serbian tennis player can play the next Grand Slam edition before the 2023 season. “We know the rule that if you are deported, you cannot have a visa for the next three years. We understand. However, I think Djokovic will be able to play the Australian Open and I hope he can. I hope they can reach an agreement that allows him to play Because, as he said, he tried to follow the rules that were there and in the end he was affected by an unfortunate incident.