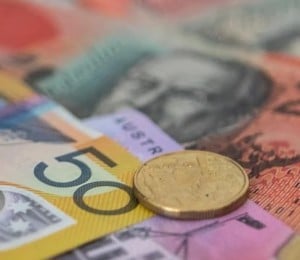 As the Institute reports, the Reserve Bank of Australia (RBA) http://rba.gov.au has spent 44.9 billion Australian dollars (AUD) (a good 30 billion euros) for some time through support purchases during the coronavirus pandemic. ) have lost. On the other hand, there is a profit of AUD 8.2 billion, so that the net loss is AUD 36.7 billion.

The bond was collected as part of a $300 billion emergency stimulus package. However, the bank says that the loss will not affect its normal functioning. “If a commercial company had negative equity, the assets would not be sufficient to meet the liabilities and so the company would go bankrupt,” said RBA deputy governor Michelle Bullock. On the other hand, the bank can raise more money so that it can meet its obligations.

According to Bullock, Australia is not alone. Central banks around the world will suffer similar losses as a result of their emergency programs. The Swiss National Bank reported a loss of CHF 95.2 billion (EUR 98.6 billion) in July. It was the biggest loss since its inception more than a century ago. According to Bullock, the RBA plans to hold the bond until maturity, meaning it will “probably” turn a profit at some point.

After the last RBA meeting, it was said that interest rates are approaching normal levels. The bank had raised interest rates by half a point to 2.35 per cent for the fourth month in a row – a move shared by central banks around the world. They increase the cost of borrowing and prevent other economic emergency measures to keep the rising cost of living under control.

Oatmeal: why and how to include it in a healthy diet