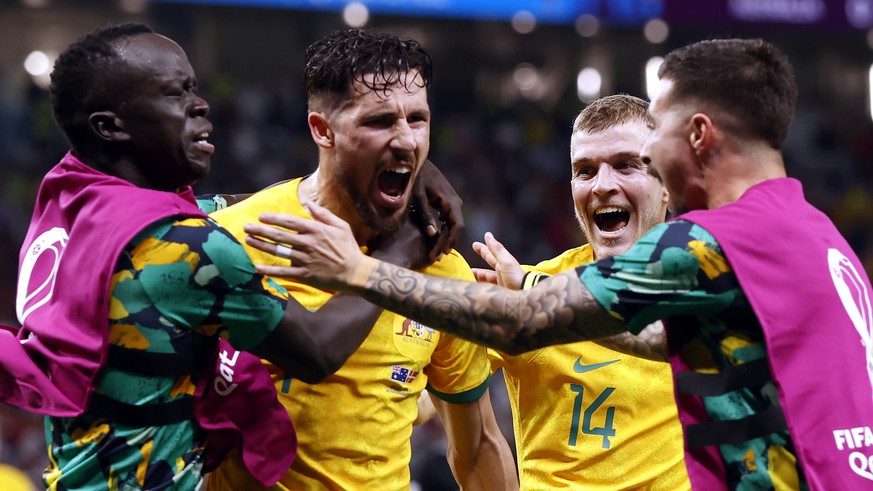 There are 35 places between Argentina (3rd) and Australia (38th) in the FIFA World Rankings. The South Americans are the clear favorites going into the round of 16 duel.

There have been some surprises at the World Cup in Qatar. Australia reaching the knockout stage was undoubtedly the biggest. “Soccerous” barely made their way through the qualification (circling through the playoffs) and started the World Cup with a clear 1:4 defeat against France. Afterwards, however, the team celebrated two 1–0 victories, impressed by discipline and team spirit.

This is the second round of 16 qualification after 2006. At the time, Australia were able to challenge eventual world champions Italy despite being outnumbered and were only knocked out after a controversial penalty in the 95th minute. The heroic performance in this tournament was long admired in Australia. “Maybe we are talking about a new golden generation now,” coach Graham Arnold said after reaching the round of 16 again.

However, the continuation of the fairy tale stands in the way of Argentina, one of the favorites for the World Cup title. The team, led by captain Lionel Messi, has made steady improvement after their 2-1 surprise defeat against Saudi Arabia and looks to have taken the tournament by storm. Ahead of the duel with Australia, the South Americans radiate confidence. They only worry about the use of Angel Di Maria, who is struggling with overload of the thigh muscles. However, with their top-class squad, Argentina could easily cope with the absence. (Mother / SDA)

Lou and Leduc with Nico in the big music quiz

Servette Chenois winters as leader of the Women’s Super League. The women of Geneva also picked up three points in Round 10 over the weekend. They scored in a 2–0 win at the cold Stade Municipal in Yverdon.

How the Warriors plan to overcome their Game 5 blowout damage

Sarah Everard: Family say ‘we miss her all the time’ one year on from brutal murder

“Something We Didn’t Do”: Denver Pushes Back Against Park Closing As Reaction To Neighborhood Violence