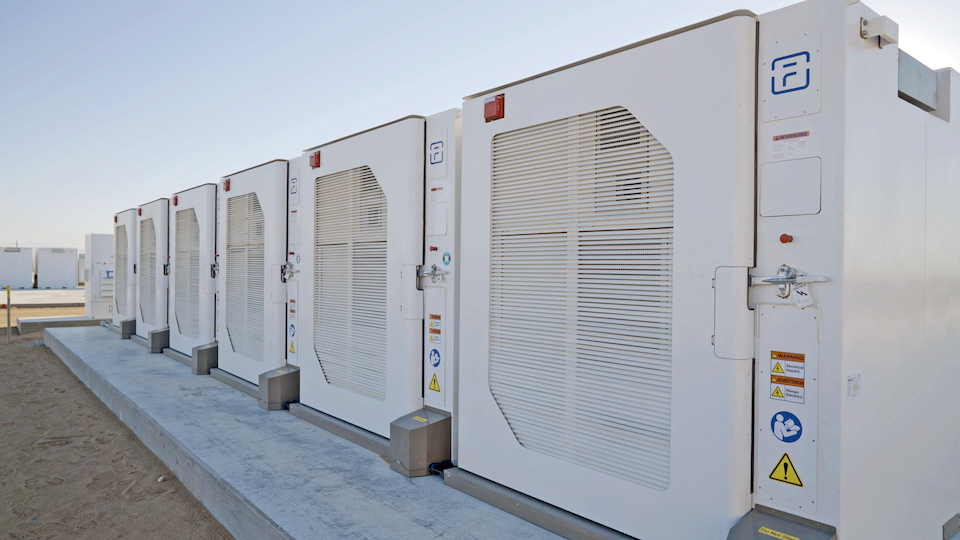 The 50 MW/50 MWh Battery Energy Storage System (BESS) will be used to demonstrate the ability of smart inverter technologies to maintain grid stability in Australia.

Broken Hill in New South Wales is a place with a rich mining history. More recently, it has become a host for solar and wind energy production.

However, the area has only a weak electrical connection. Renewable energy generated there must be cut when supply exceeds local demand, and the volatile nature of wind and sun is causing headaches for local grid managers.

The large-scale lithium-ion BESS will be equipped with grid-tied inverters that will increase system reliability and enable better integration of renewable energy sources. As highlighted in this recent guest blog post by Blair Reynolds of inverter manufacturer SMA, inverter-based technologies can play the important role that thermal generation previously played by creating synchronous inertia.

Major Australian utility company AGL is developing and will own the project, which is part of the 850 MW BESS deployment currently underway.

Global energy storage integrator and service company Fluence will provide BESS by signing a framework agreement to work with AGL in early 2021. Australian infrastructure services group Valmec will partner with Fluence on this project.

The A$41 million ($30.88 million) project will be supported by the Australian National Renewable Energy Agency (ARENA), which announced A$14.84 million in funding this morning.

According to ARENA CEO Darren Miller, ARENA, which is a government organization, sees large-scale energy storage as a “key focus” and the technology is a technology priority in the Australian Government’s Technology Roadmap.

“Large batteries are already becoming critical to our power system, but we know that with grid-forming inverters, they can provide the system reliability traditionally provided by thermal generation,” Miller said.

“We are particularly interested in seeing how AGL’s Broken Hill battery utilizes and demonstrates advanced inverter technology in a weaker section of the power grid.”

Darren Miller added that the project could highlight the potential of large-scale battery storage to provide system stability more cost-effectively as more renewable energy is added to the grid.

Broken Hill BESS is scheduled to enter service next year.

Also under development in the area is the 200 MW/1600 MWh Compressed Air Advanced Energy Storage (A-CAES) project by Hydrostor, which has been selected by power grid operator Transgrid to provide much larger volume storage for longer periods to directly alleviate reduction and peak demand management.

Today’s announcement comes just days after AGL received local government approval for another major project as part of its BESS promotion, a 500MW/2000MWh project slated to be built at a decommissioning coal-fired power plant, also in New South Wales.

“As Australia moves forward with its energy transition, we know that hardening technologies such as batteries play an important role in energy storage and power supply support,” said Markus Brohof, COO of AGL.

“The unique environment of Broken Hill at the edge of the grid provides the perfect setting for this cutting-edge inverter technology to demonstrate how it can further the adoption of renewable energy generation and improve the stability of the wider electrical grid.”

Thermal generation equipment, such as coal and gas, is synchronous generation, which ensures the stability of the power supply system by continuously rotating the mass during operation.

While variable renewables are basically the opposite, inverters can instead play a corrective role and work as a local grid voltage source.

Australia received its first ever BESS project to play this role in 2018 at the Energy Storage for Commercial Renewable Energy Integration (ESCRI) project in Dalrymple, South Australia, a similar location “at the edge of the grid”. A 30 MW/8 MWh BESS supplied by Hitachi Energy (formerly Hitachi ABB Power Grids) serves as the source of inertia in this demonstration project.

The Broken Hill system will be unique in that it will always remain in what is known as grid forming mode, inherently resisting grid voltage and frequency changes and providing synthetic inertia through virtual synchronous machine (VSM) mode, Fluence said today.

BESS will also run more mainstream applications such as participation in the Frequency Control Ancillary Services (FCAS) markets and other wholesale market opportunities in the Australian National Electricity Market (NEM).

It could also help the Australian Energy Market Operator (AEMO) by linking its capabilities with other inverter-based renewable energy assets located nearby in the West Murray region of New South Wales.

“This fast response will allow the system to operate stably and absorb voltage fluctuations after a power outage in weak grid areas in the West Murray region, which will improve system reliability on the grid.”

The grid-forming inverters themselves will be supplied by EPC Power, a California-headquartered manufacturer that was recently selected as the power electronics supplier for EVLO Energy Storage, an energy storage systems integrator subsidiary of Canadian utility HydroQuebec.