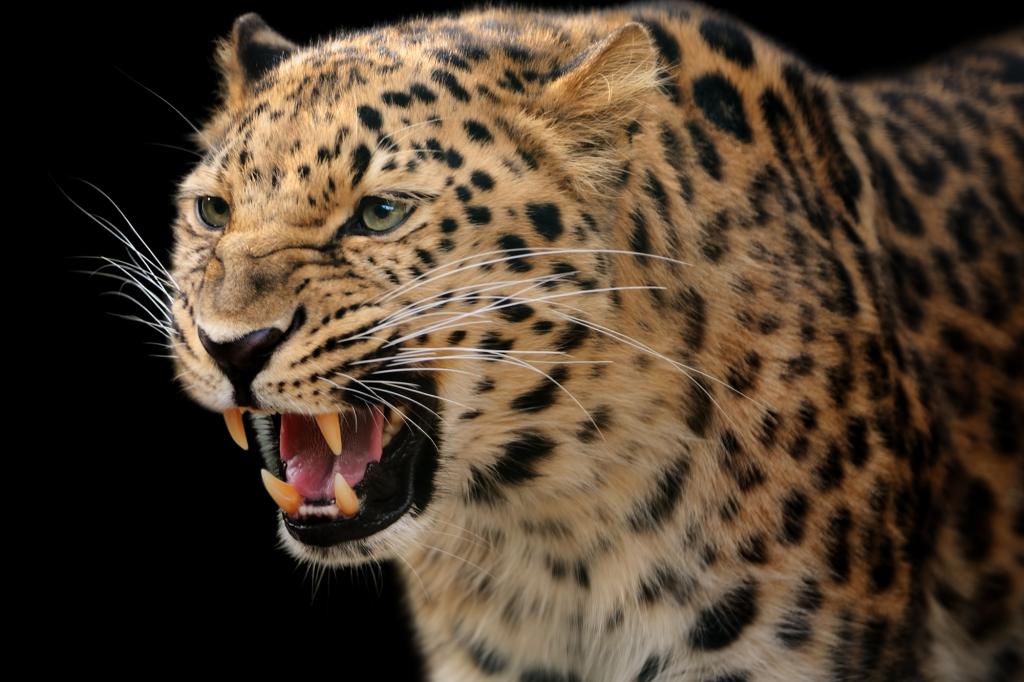 A leopard has become rampant in India, and is feared to have killed three children in less than 48 hours.

Authorities have ordered a slaughter of the animal following the discovery of carcasses in three separate incidents in northern India’s Jammu and Kashmir region.

The youngest victim is a 10-year-old girl named Rutba Manzoor, whose body was recovered from a forest near her home in Uri area on Tuesday.

The rescue team made a tragic discovery when the search for the man-eating animal failed in the dense forest.

Rutba’s relatives blocked the Srinagar to Uri highway over alleged inaction by the wildlife department, prompting her death to spark fierce protests.

This comes after two boys were killed in suspected leopard attacks over the weekend.

The body of 12-year-old Shahid Ahmed was found on Sunday evening after he went missing while grazing his family’s cattle.

Whereas on Saturday, another boy, 15-year-old Munir Ahmed also died due to sustained injuries sustained by the attack of wild animals.

The leopard is still said to be roaming in the forest of Uri, reports Kashmir News Service.

Panicked local residents have urged the authorities to capture the animal.

In a statement, a regional wildlife warden has ordered the big cat to be killed if it cannot be stunned.

Jammu and Kashmir Chief Wildlife Warden Suresh Gupta said he is directing his team to “hunt down or hunt down the said animal after completing the necessary formalities”.

He added: “It will be ensured that all attempts to confine or pacify the animal in the cage are exhausted before it is killed.”

Such animal attacks on humans have become increasingly common in the area as humans move further and further into the leopard’s territory.

A meeting took place between the officials and the police at the Baramulla Deputy Commissioner’s office.

According to the Press Trust of India, the office of Baramulla Deputy Commissioner Syed Sehrish Asghar on Tuesday said that the officials have been directed to mobilize all available resources to capture or kill the leopard.

The Wildlife Conservation Department – whose job it is to deal with such incidents – said it has formed a team of 50 men to trace the animal.

Regional wildlife conservation warden Rashid Nakash said he was confident that they would catch the leopard soon.

He told Kashmir Observer: “It is a coordinated operation with forest conservation, Jammu and Kashmir Police and local people who are trying to capture or kill the animal.”

Nakash said while authorities have provided tranquilizers, cages and other equipment to “eliminate” the leopard, sharpshooters have been deployed in the forest.

However, he cautioned that the cat is an “unpredictable” animal that can attack anywhere at any time.

“That’s why it’s important to take precautions and be aware,” he said.

Apart from this, the Office of the Sub-Divisional Magistrate in Uri has issued guidelines to the public and appealed to the children not to go to the forests alone.

Uri Sub-Divisional Magistrate Harvinder Singh told Kashmir Observer that a compensation of over Rs 400,000 (£4,142) would be provided to the families of the children.

He said the locality is rough, which makes it difficult to locate the leopard.

According to the Kashmir Observer, 230 people have died and more than 2,800 people have been injured in animal attacks in Jammu and Kashmir in the last 15 years.

This comes after an elderly woman was crushed by an elephant in Raipur, eastern India.

70-year-old Maya Murmu was collecting water in her village when the runaway elephant attacked.

He died of traumatic injuries after the elephant stamped on him.

But in a brutal twist, the fiery creature returns to wreak havoc at his funeral.

After dragging her body over his pyre, he once again trampled her body, threw it around and trampled her corpse before leaving the scene, reports the Press Trust of India.

The elephant is believed to have fled 124 miles away from the Dalma Wildlife Sanctuary in Jharkhand, from where the brutal attack took place.

This article originally appeared on Sun and was reproduced here with permission.