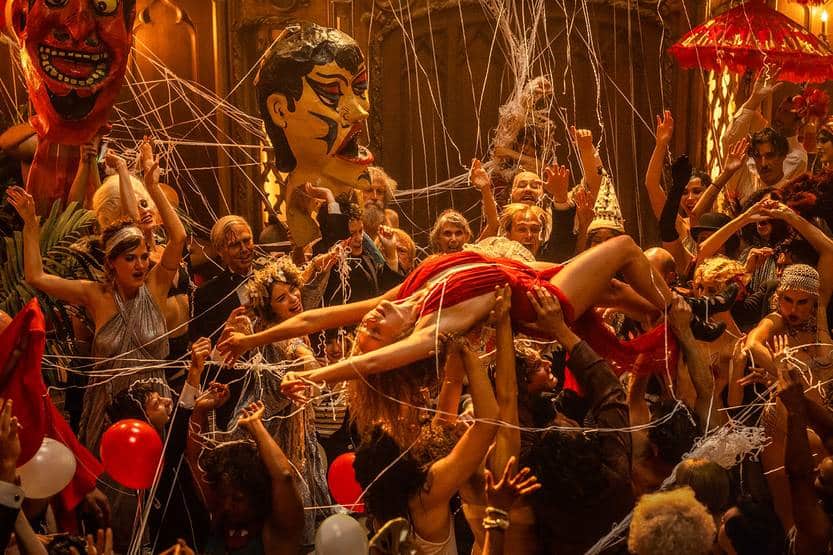 Some metaphors have more poetry than others. in American Beauty (1999), Sam Mendes tells us about the charm that can be found in the least expected of places, by showing us a plastic bag moving with the wind. in babylon, which just released in theaters, Damien Chazelle begins his opus about Hollywood by showing us an elephant. A colossal creature, thanks only to the efforts of a group of interchangeable workers, is littered with filth. Subtlety will be left for another time.

It’s a good start, as it prepares us for what’s to come and that this film is not for the weak. Hollywood is no place for the weak, and it will bite you and spit you out if you let your guard down. If Chazelle Had Told Us Inside La la Land (2016), a delightful version of the search for a place in the Mecca of cinema, here he tells us what happens once we get there. And the answer is not pleasant: you have to constantly negotiate, make huge sacrifices and enjoy somewhere.

Returning to the elephant, he is being driven to a private party in 1926 Hollywood. The Wolf of Wall Street (Martin Scorsese, 2013) back to the future (Robert Zemeckis, 1985). It starts with a golden shower and continues through all corners of an orgy that includes live music, all kinds of substances and sex at every corner. No one cares that they are being watched; They came to that corner of the planet, to see exactly. Now they can’t complain. Among the attendees (be they stars, workers or crushes) are the characters Chazelle’s screenplay would outline for more than three hours. in babylon everything is one Tour de forceis that FarceAlthough the rhythm will never be the same as the first minutes, fortunately for our hearts.

That entrance exam passed, if we’re still in our seats when the next morning rolls around, a more traditional narrative will begin, though the various kinds of excesses won’t stop. for example La la Land, we would have something similar to a love story, which would be here “boy meets girl in an orgy and falls in love with her”. He is mani (bald), a fixer, an immigrant who is in charge of fixing things, rescuing others, making sure the elephant arrives on time for the party. It’s Nellie (Margot Robbie), an aspiring actress that no one could fix. Do you see how they are meant for each other?

These two rising activists are joined by various characters from the film world: Jack (Brad Pitt), a silent film heartthrob; Elinor (Jean Smart), entertainment journalist; Sydney (Jovan Adepo), trumpeter extraordinaire; Lady Fei Zhu (Li Jun Li), a singer and intertitle painter. There will be time for many more, including many familiar faces, but this primary group will be worthy of story arcs. Each of them will have their own conversations and their own sacrifices to stay (or not) in the industry.

The film never forgets that it is a comedy. have some points in common with hail Caesar! (2016), by the Coen brothers, which also featured Arreglattutti, played with greater confidence by Josh Brolin. But the action takes place 25 years earlier, in the last era of silent cinema, which Chazelle takes advantage of in a great sequence of simultaneous filming with hundreds of extras and action moments reminiscent of some of the thrashing scenes in the Asterix comics. There Nellie takes her first steps and shows what it takes to shine in Hollywood: major beauty and mischief. In a delicious nod, she steals the scene from the actress played by Samara Weaving, the first thing in the industry, who is always being compared to Margot Robbie for being too similar.

The world changes and Hollywood is no exception. The advent of talkies affects some artists, racism causes the ghettoization of castes and material, and morality takes over everything that is not heterosexual. This will be the time for new concessions, which will entail more or less suffering depending on each deserving case. Thus, between development and inclusion, between Raw, snake fighting and sex dungeons, the industry would either expel or kill almost everyone involved. Without any regrets. And success or survival is not just in knowing how to follow those rules or how to retire on time, but in the values ​​that the protagonist already had.

babylon This is not an ordinary film. It parted waters, it opened cracks, it was ambitious and risky, something that is always welcome. It ends with a tribute to cinema that can provoke spontaneous diabetes in viewers. But the story grips and the three hours don’t feel like much, unless you’re on the same side of the divided waters and the open rift.