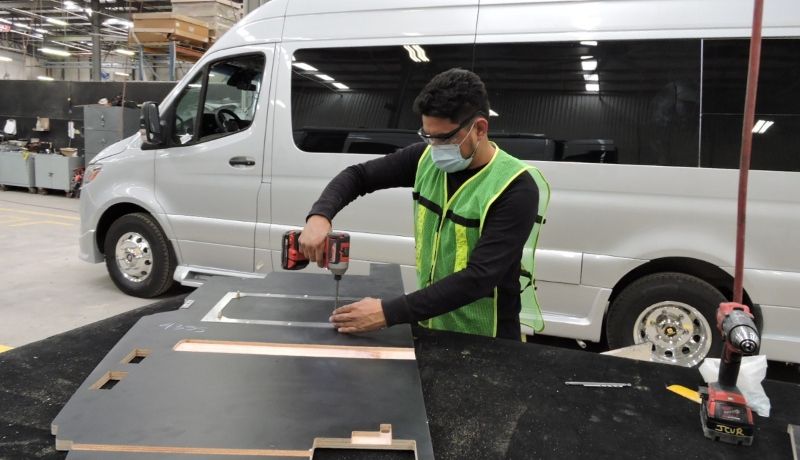 Baja California.- The economy in the entity is headed for a good finish in 2022, with sustained growth that has created more jobs than most states in the country, decreased informality rates in employment and increased foreign direct investment. Furthermore, in the second half of the year, foreign trade especially came to the fore, showing signs of significant growth compared to previous years with a positive trade balance, said Kurt Honnold Morales, head of the Ministry of Economy and Innovation.

He said optimism should be contrasted with the current challenges and potential to take advantage of the opportunities of the “nearshoring” movement, or the quest to set up manufacturing closer to markets. Indicators from official sources suggest that growth will be on the rise.

With regard to the growth of the economy, the state has already recovered from the pandemic from the preliminary data of Gross Domestic Product (GDP) 2021. Baja California achieved the fourth highest rate of growth in the country in 2020 with a rate of 8.16%. It was a year of extraordinary growth considering the impact of the pandemic.

This year, and according to the Quarterly Indicator of State Economic Activity (ITAEE), the unit grew by 2.9% in the second quarter compared to the same period last year. In the first semester, the state achieved an annual growth of 3.2%. The performance for the third quarter will be known at the end of January 2023.

Regarding employment, from January to November 2022, Baja California created 63,849 new associates registered with the IMSS, ie 16.8 jobs per thousand inhabitants. It is the fifth unit that has created the highest number of jobs in the year with an annual growth of 3.7% till November. The municipalities that created the most jobs: Tijuana with 51%, Ensenada with 22% and Mexicali with 24%.

In October 2022, Baja California recorded an unemployment rate of 2.76%, the second lowest on the northern border according to INEGI. This result is still below the national average, which is 3.30%.

On the other hand, reviewing business activity, 80% of new employers registered by the entity (220) are MiPymes. There is a balance of 224 patterns from January to November 2022.

In addition, Baja California remains attractive for investment and was the 5th state with the highest acquisition of foreign direct investment in the third quarter of 2022 with 8.3% of the national total. The accumulated amount from January to September 2022 was $1,533.6 million. It is notable that for every $10 in investment, 6.78 came from the United States (67.8%).

In conclusion, the Secretary said that the State gift should be leveraged to promote inclusive growth for the benefit of all citizens.