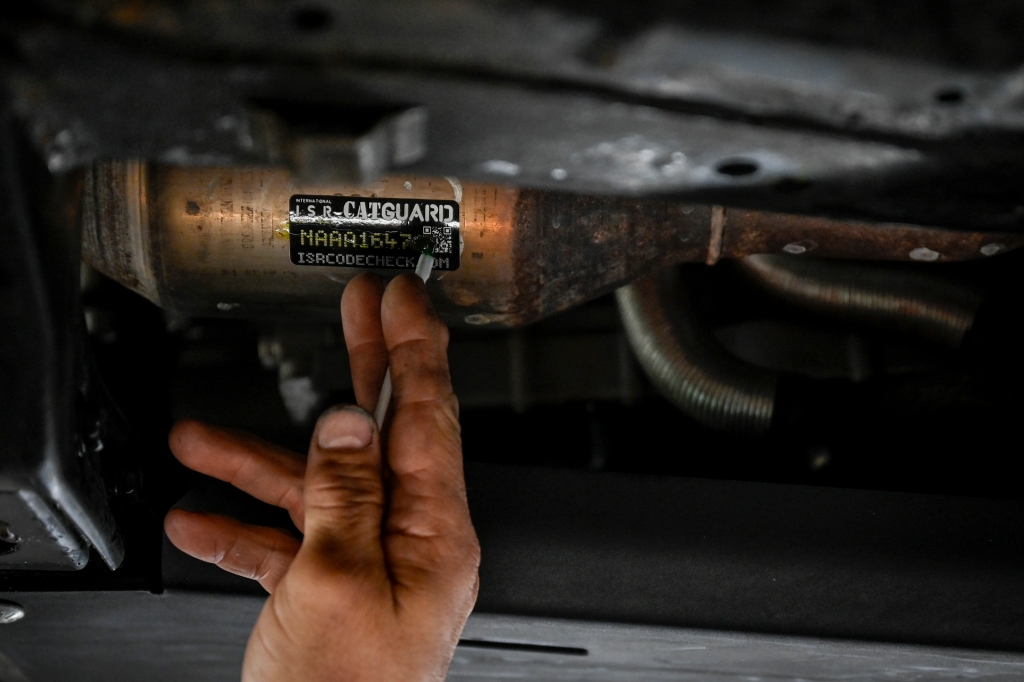 People who steal cars in Aurora and get caught can expect to spend more time in jail than the rest of the state after the City Council approved new mandatory minimums in its municipal code.

Councilman Dustin Zvonek said he wants to combat the rise in motor vehicle thefts citywide by making Aurora the most punitive city for these thefts and this is a plan he has worked on with the interim chief of the Aurora Police Department , Dan Oates.

In an interview, Zvonek said Aurora police plan to have a special unit that focuses on motor vehicle theft, similar to what Oates did when he was in Aurora in 2004-05 when there was a spike in robberies.

The ordinance is expected to go into effect 30 days after Monday night’s 6-4 vote, with progressive councilmembers Juan Marcano, Alison Coombs, Crystal Murillo and Ruben Medina voting against the measure. A majority of council members rejected amendments to postpone the ordinance until a fiscal analysis is conducted and to amend language related to jail time for failing to appear in court. The Ombudsman also opposed the measure.

People who have been convicted of, or have pleaded guilty to, or have not contested first-time auto theft in Aurora will face a mandatory minimum of 60 days in jail: the first 72 hours in the city jail, the maximum allowed, and the rest in jail. the county jail. If the person is a “repeat offender,” the mandatory minimum jail sentence will be 120 days. This would only apply to misdemeanor charges, not felony charges for crimes that have aggravating factors such as the use of a weapon or assault.

The fines paid by the defendants will be used to pay victims to get their cars back from impound lots.

If a person does not appear in court, they will face a mandatory jail sentence of 10 days. The ordinance also increases penalties for stealing major auto parts, including catalytic converters, incidences of which have also increased in Aurora. It would allow a jail fine of up to $2,650 for up to 364 days.

The mandatory jail minimums are expected to expire in two years, unless a future City Council decides to keep it.

Zvonek told The Denver Post that he hopes other cities will follow in Aurora’s footsteps and that some have already contacted the city attorney’s office for advice on the language of their own ordinances. He hopes these new penalties will result in more car thefts in surrounding cities and hopes that it will ultimately lead the state legislature to review penalties for such crimes that have decreased over the years.

“If we can bend the curve, it will have a bigger impact than just people whose cars have been stolen,” Zvonek said, noting that many times, other crimes are committed in stolen vehicles, leading to additional victims.

“Our state has made a number of crimes more permissive and this has led to a skyrocketing number of motor vehicle thefts in our state and in our city,” he told council members Monday. “So this ordinance is an attempt for us to start taking steps to make Aurora safer.”

Marcano proposed that the ordinance include a mens rea clause, which requires the intent to commit a crime to punish someone with jail time, because the mandatory sentence for failing to appear would also apply to other crimes, including misdemeanors. He was worried that he might lead to lawsuits. Chief Public Defender Douglas Wilson said he believed that without the clause it would be unconstitutional.

But the city attorney’s office interpreted it differently, saying this type of crime doesn’t require that.

“The biggest issue with whether or not they appear in court is the fact that they allegedly stole a vehicle in the first place,” Councilwoman Danielle Jurinksy said. “So if you don’t want to be in this situation, first of all, the message from Aurora, Colorado: Don’t steal a car here. That is all.”

Most members also rejected Coombs’ request to postpone the vote until a full fiscal analysis could be done. She said both the prosecutors and the courts are short-staffed and can’t just find the money, but Zvonek said she has had discussions with the prosecutors’ office and the presiding judge and they will be able to handle the costs.

This ‘Friends’ character is cut from the show in China