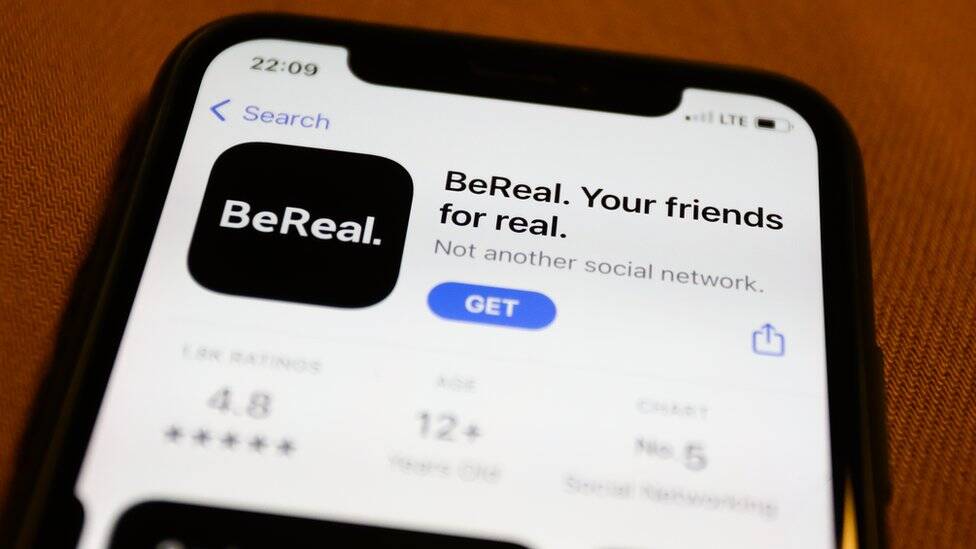 When you read “Time to build your BeReal!” The countdown starts on the phone.

You open the app, take a picture of yourself and whatever’s in front of you, and you’ll have it posted in less than two minutes.

It could be that food you just cooked, that TV show you are watching, or what you are doing at work.

The app was launched in 2020 and was launched only in mid-2022As per the latest reports, with over 27 million downloads worldwide. It has been downloaded more than meta apps like Facebook in some countries.

But as it grows in popularity, problems are also cropping up for some users, who post inappropriate things urged by the app to show what’s around them.

If you are not familiar with BeReal, you must know that it is a new social media platform that sends a notification to all the users at the same time and at random times of the day.

This gives them just two minutes to take a picture of their surroundings.

The idea is that it attunes you and forces you to be more “real” than, say, selecting a photo from dozens of other shots for an Instagram Story.

Once you’ve posted, you can scroll through all of your friends’ posts and see what they’re up to.

Most users will admit that they have enjoyed the experience of watching their friends’ daily lives, if only to see what was on their desk at work or what homework they were doing.

But it has raised questions about whether it is a way to violate privacy, both others that appear in photos, such as the place where you work.

One Twitter user wrote, “I’m trying to read everyone’s work emails on their BeReal.” Something that, although published in a joking tone, shows that something is possible.

it goes against the laws

Experts tell the BBC that there are several factors to consider in cases where there are people or things outside your property, such as information from a computer.

,If there is personal information on those screens then you are most likely in breach of data protection lawsLike any information associated with a person that makes them identifiable, Green explains.

So yes, even including someone’s email address in the picture would technically be a violation of the law in many laws around the world.

Green emphasizes that Taking any screen shot of your workplace is very likely to break company rules,

“Perhaps your contract will have a duty of confidentiality as an employee not to disclose confidential information,” he says.

But isn’t your profile private?

While you can choose who to be friends with on BeReal, Green says that once something is posted, you can never be sure who will see it.

Screenshots can be taken or viewed by anyone who has access to a friend’s phone.

“This can lead to disciplinary action, so you can get in a lot of trouble with your boss,” he says.

Having experience with other social networks, you may find this advice dramatic and tempted to take a clearer picture the next time BeReal alerts are turned off.

But Green’s main piece of advice is that posting isn’t worth the trouble it could cause you.

Even if you intend to post a flawless image, shared among friends, you could be in trouble.,

Remember that you can receive notifications from BBC Mundo. Download the new version of our app and activate it so you don’t miss out on our best content.