Bhumi Pednekar: This is the whole story of Bhumi’s mother coming from Haryana to become a heroine, maternal uncle also became a film director 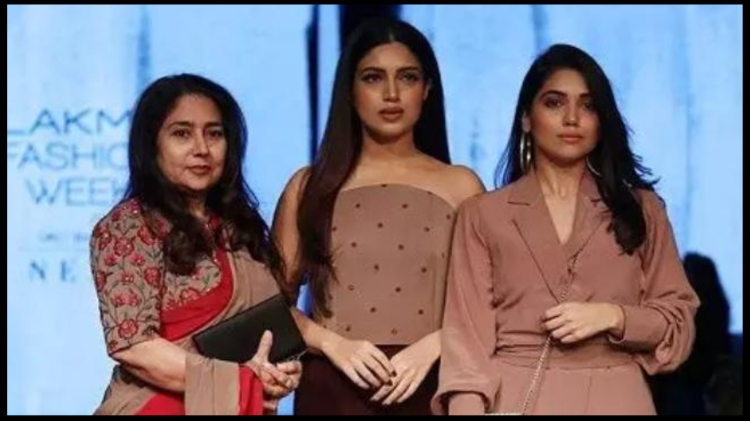 The name of actress Bhumi Pednekar needs no introduction today. Born on 18 July 1989 in Mumbai, Bhumi started her career as an actress with Yash Raj Films’ Dum Laga Ke Haisha. In those days, the weight of the land was increased and perhaps that is why he also got a chance to work in this film. After this film, Bhumi worked in popular films like ‘Toilet – Ek Prem Katha’, ‘Shubh Mangal Zyada Saavdhan’, ‘Saand Ki Aankh’, ‘Bala’, ‘Pati Patni Aur Woh’. This year his film ‘Raksha Bandhan’ is releasing on Rakshabandhan. This is Bhumi’s second film with Akshay Kumar. Acting is inherited by her and her mother Sumitra has also worked as an actress. Let us tell you some unheard stories of Bhumi on her birthday.

Relationship of land with soil of Haryana

Bhumi Pednekar’s mother Sumitra Hooda acted as an actress in the Haryanvi film ‘Bahurani’ released in 1982. Shashi Ranjan was the hero in this film and it proved to be Haryanvi’s first commercial hit. It was not that easy to work in films at that time after moving out of Asan Kansala village near Rohtak, Haryana. Because in those days it was a dream thing to let girls in Haryana in films but Sumitra Hooda showed courage in that time. In 1985, Sumitra produced the film ‘Sanjhi’, which was directed by her brother Pradeep Hooda. Dinesh Thakur, Goga Kapoor and Sadashiv Amrapurkar acted in this film. Sumitra married Satish Pednekar, a minister in the Maharashtra government and shunned cinema.

Mother took over after father’s death

Bhumi’s mother Sumitra stayed away from films after her marriage to Satish Pednekar as her husband did not like the film industry. Satish Pednekar died of cancer on 24 March 2011 when Bhumi was 18 years old and her younger sister Samiksha was 15 years old. Bhumi says, ‘It is very painful to get up suddenly from the shadow of the father? Even today, when we remember that period, one wonders how did we survive in those days, how did we get over it? My mother held us together like a warrior.

Bhumi’s early education took place at Arya Vidya Mandir in Juhu, Mumbai. He then took a loan to study film at Subhash Ghai’s Whistling Woods International but was fired due to poor attendance. Within a year, he started working as an assistant in the casting division of Yash Raj Films. Bhumi was a part of the casting division for six years. After auditioning 250 girls for the role of Sandhya, the heroine of ‘Dil Laga Ke Haisha’, when no girl has been finalized, the needle of fate came and stopped on the ground. If Bhumi had not been evicted from Whistling Woods due to poor attendance, she would not have reached Yash Raj Films and if Yash Raj Films had not reached, she would not have reached here today.

There are so many similarities between Bhumi and Samiksha that people call them twin sisters. But the age of review is three years less than that of the land. Samiksha is a lawyer by profession and has also modeled for many brands. She remains very active on social media. His social media accounts are full of glamorous pictures. Earlier, seeing her pictures, people speculated that Samiksha would also take up acting profession like her sister Bhumi. Samiksha does modeling as a hobby and her dream is to become a judge.

Wife of a Concorde man finds him dead in her home, then claims shock, but police tie him to death