Biden confirms he “doesn’t want a cold war” with China 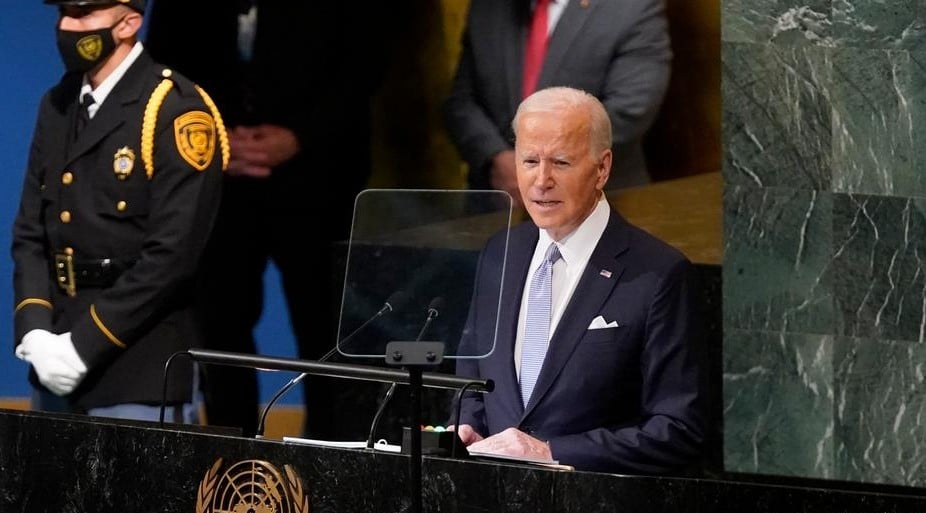 Within the framework of the United Nations (UN) General Assembly, which brings together nearly all UN heads of state and governments, United States President Joe Biden spoke yesterday and focused his speech on his differences with China, whose The president decided not to attend the most important meeting of world diplomacy held in the West. In turn, he referred to Russia’s decision to partially mobilize about 300,000 reservists, civilians who are not currently active but belong to forces for the war in Ukraine.

First, Biden mentioned China and presented his position on Taiwan, an island that claims its independence from the Asian giant and indirectly supports the United States. “We are not looking for conflict, we are not looking for a cold war. We do not want a country to have to choose between the United States and any other ally. But, the United States is a free, open, will promote a safer Indo-Pacific and a prosperous world,” Biden said. The president reiterated his government’s respect for the “one China” principle that Beijing implements as the basis of its relations with any country.

Second, on Russian President Vladimir Putin’s decision to partially mobilize thousands of reservists and that he is prepared to use all available weapons, in an indirect reference to nuclear weapons, Biden said that “Russia has followed the basic principles of the Charter.” Shamelessly violated. United Nations”. The US president also dismissed threats of nuclear weapons, which Putin hinted at yesterday. “The invasion of Ukraine is a one-man-chosen war, to be very direct,” he said, without naming the Russian president directly.

Keeping Russia in his sight, Biden referred to the UN Security Council. “A permanent member of the Security Council invaded his neighbor, trying to wipe a sovereign state off the map,” he said. Ahead of his speech, it emerged on Tuesday that the US would ask UN Secretary-General Antonio Guterres for an “immediate reform” of the Security Council. It is currently made up of five permanent members (the United States, Russia, China, the United Kingdom and France), who can exercise their veto power to block proposals proposed by others. Washington has revived the issue and will seek its expansion, which currently has 15 members, including five permanent members.

Finally, although Putin did not attend the General Assembly, the Russian Foreign Minister, Sergei Lavrov, will, who will meet with his colleagues on the Security Council today to expose the Russian situation and discuss the war in Ukraine.

New routine in the Taiwan Straits

An American destroyer and a Canadian warship crossed the Taiwan Strait on Tuesday, despite Biden’s statements yesterday to avoid a new “cold war” against China.

It was a regular transit, the United States and Canada alleged. In addition, Canada indicated that it was on its way to join an ongoing mission to ensure compliance with UN sanctions against North Korea when it sailed with a US ship.

“The routine reflects our commitment to a free, open and inclusive Indo-Pacific,” the Canadian Defense Ministry said.

A day after the ships crossed, Biden announced (on Monday) that his troops would come to Taiwan’s aid if the Chinese invaded.

The Beijing government described the move as a “public exaggeration”. In addition, he announced that he would make “maximum effort” to achieve “peaceful reunification” for the benefit of China and Taiwan under the ‘one country, two systems’ principle, such as the relationship between Beijing and Hong Kong.

PFF. Bengalis win big in new 2-round mock draft of

Paul Krugman: Are we in another housing bubble?