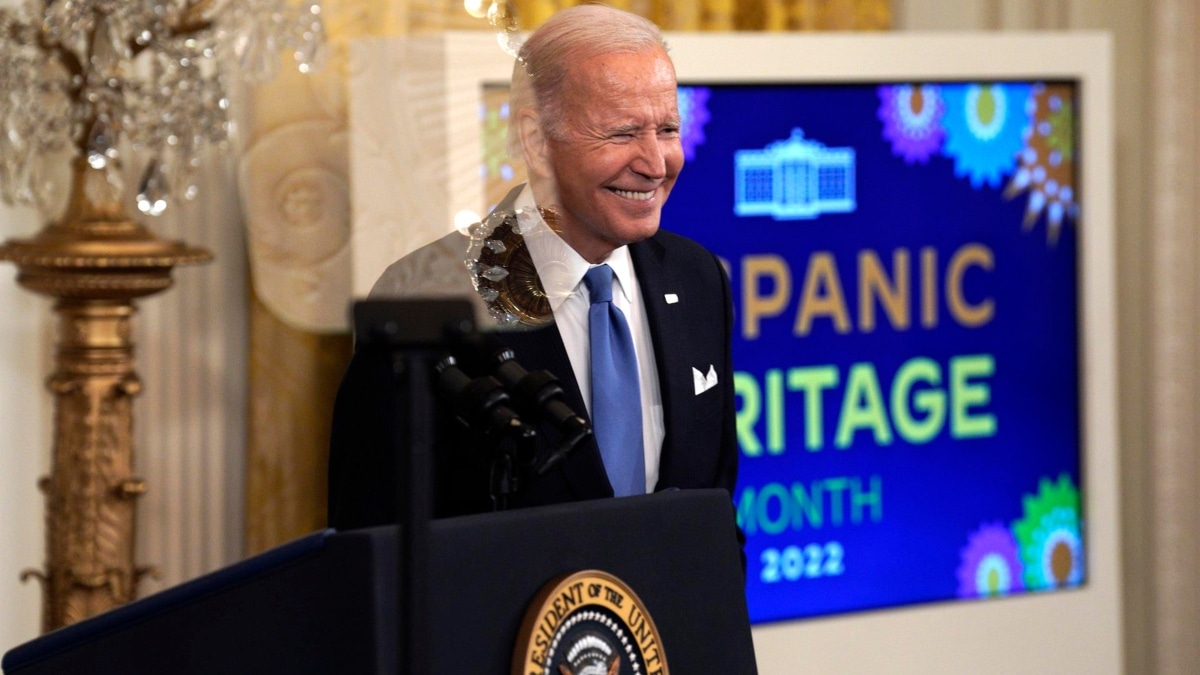 WASHINGTON DC – President Joe Biden highlighted the “profound” impact Latinos can have on the country’s future in a ceremony at the White House this Friday to mark Hispanic Heritage Month.

“It’s no joke, today 26% of kids in school speak Spanish. We’ve had big waves of immigration before, but the thing is, you have a lot of opportunities to make this country a better place,” he said. Told. a speech.

Biden affirmed that “Hispanic history is American history” and that it lives on in the dreams of those who have just immigrated to the United States and in the legacy of families that have been in the country for generations.

“We are a country of immigrants,” the president said.

Biden reiterated his commitment to “fix” the immigration system by providing a path to citizenship for “dreamers” as well as temporary protected status (TPS) recipients, farmworkers and essential workers.

He recalled that two days after the shooting in Uvalde, Texas, where 19 children and two teachers died last May, he visited that city and had the opportunity to see the families of the victims, in addition to the Catholic Church. In addition to participating in a collective.

As they were leaving the temple, one of the victims’ grandmothers came up to them and gave them a piece of paper in which they asked to “end the invisible line” dividing the United States.

As part of Hispanic Heritage Month, the Bronx Diva has provided $14 billion to help women entrepreneurs. To see more from Telemundo, visit https://www.nbc.com/networks/telemundo.

In that sense, Biden assured that “together” they would erase that invisible line: “We have to do this,” he remarked.

“America is about how we choose to see each other,” Biden said at another point in his speech, where he advocated for treating each other with respect and dignity.

Hispanic Heritage Month is celebrated in the US from September 15 to October 15 and was founded in 1968, when Democratic President Lyndon B. Johnson established that celebration to celebrate America’s Latino roots.

Mexican gorditas are small dishes that can be found in Mexico or anywhere in the world where there is Mexican food, they sell them at fairs, markets, street stalls and of course, they make them at home too.