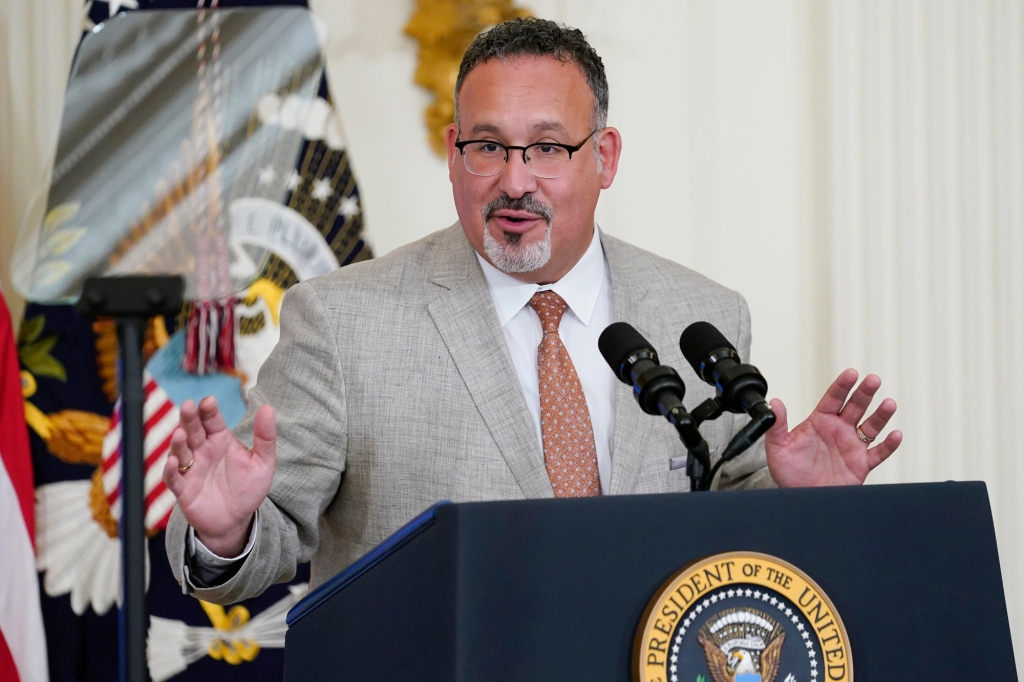 The rights of LGBTQ students will be enshrined in federal law, and victims of campus sexual assault will receive new protection under new rules proposed by the Biden administration on Thursday.

The proposal, announced on the 50th anniversary of Title IX Women’s Rights Act, is intended to replace a set of conflicting regulations issued during the Trump administration by Education Secretary Betsy DeVos.

The proposal will almost certainly be challenged by conservatives and is expected to lead to more legal battles over the rights of transgender students in schools, especially in sports. It now faces a public comment period before the administration can finalize any changes, meaning the policy won’t go into effect until next year at the earliest.

The move responds to a demand from victims’ rights advocates who wanted Biden to publish new rules no later than the anniversary of Title IX, which bans sex discrimination in schools and colleges. Advocates say DeVos’ rules have gone too far in protecting students accused of sexual harassment at the expense of the victims.

The DeVos Rules dramatically changed how colleges deal with allegations of sexual harassment and harassment, with a focus on ensuring defendants’ constitutional rights to due process.
Under its rules, accused students were given greater rights to examine and respond to evidence against them, and students had the right to cross-examine each other through a representative in live hearings.

Supporters on both sides say it can be confusing for students.

“It shouldn’t be like this. If anything, it needs to be more uniform — which is why the Title IX rules were introduced,” said Kimberly Lau, a New York lawyer who represents students in Title IX cases.

In Paris, Green Forum traces a more sustainable footprint for the planet

Australia Rolls out Its First Locally Made Electric Buses

Tribe look to capitalize on ‘better for you’ boom – Beer & Brewer