Biles, McCain, Giffords to get Medal of Freedom 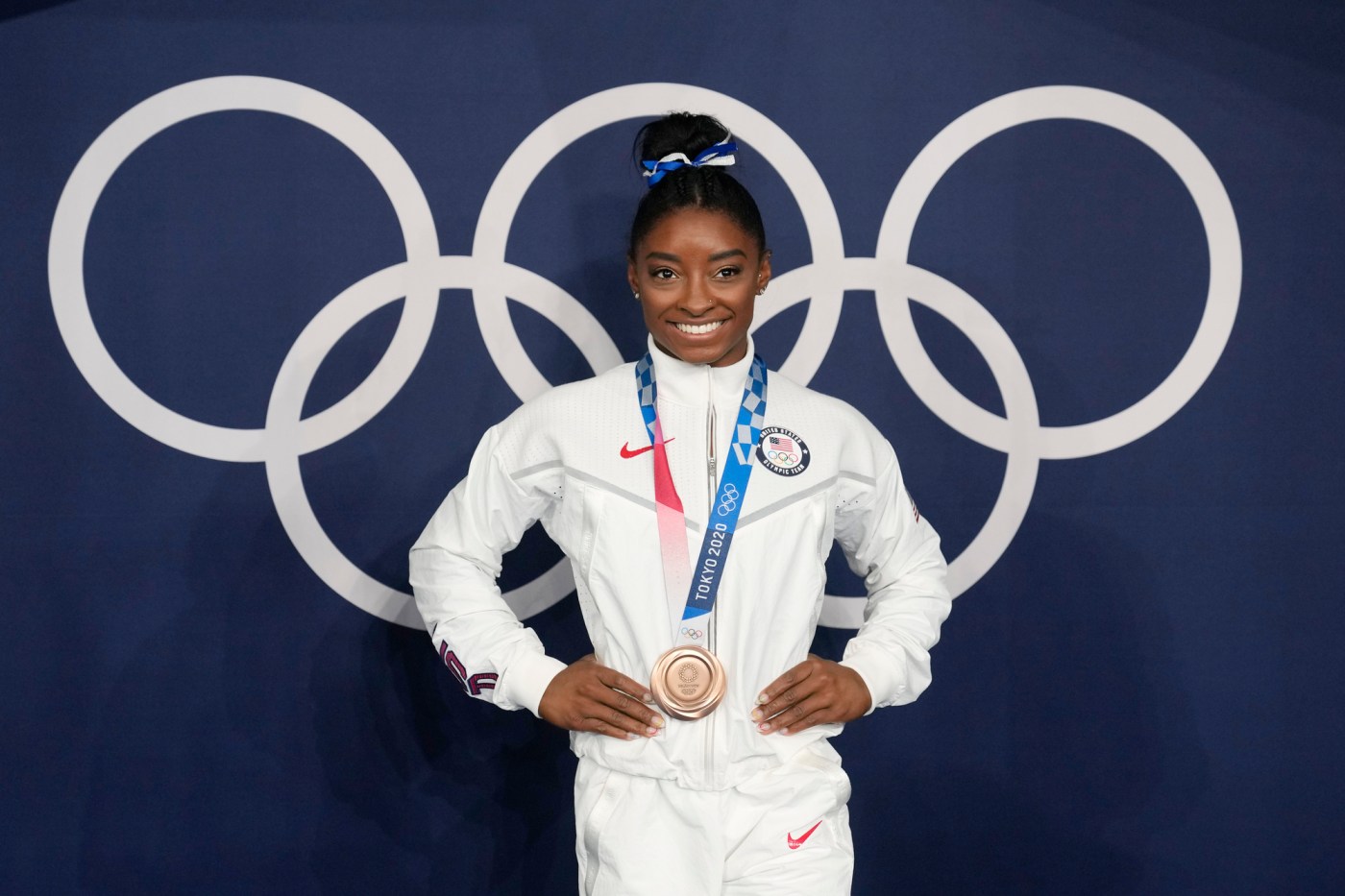 by Darlene Superville | The Associated Press

WASHINGTON – President Joe Biden will present the Presidential Medal of Freedom, the nation’s highest civilian honour, to 17 people, including actor Denzel Washington, gymnast Simone Biles and the late John McCain, an Arizona Republican with whom Biden served in the US Senate.

The White House announced Friday that Biden would also recognize New York City nurse Sandra Lindsay, who rolled up her sleeve on live television in December 2020, to receive the first dose of a COVID-19 vaccine.

Biden’s honor list, which the White House first shared with the Associated Press, includes honors both living and deceased from the worlds of Hollywood, sports, politics, military, education, and civil rights and social justice advocacy.

The Democratic president will present the medals at the White House next week.

Biden himself is a medal recipient. President Barack Obama honored Biden’s public service as a longtime US senator and vice president in January 2017, a week before he stepped down.

The honorees who received the Medal from Biden “have overcome significant obstacles to achieving impressive achievements in the arts and sciences, dedicated their lives to advocating for the most vulnerable among us, and bringing change to our communities.” have worked with bravery for the world, blazing paths for generations to come,” the White House said.

The White House said the honor is reserved for individuals who have made exemplary contributions to the prosperity, values ​​or security of the United States, world peace, or other significant social, public or private efforts.

Having won 32 Olympic and World Championship medals, Biles is the most decorated American gymnast in history. She is an outspoken advocate on issues that are very personal to her, including the mental health of athletes, children in foster care, and victims of sexual assault.

McCain, who died of brain cancer in 2018, spent more than five years in captivity in Vietnam while serving in the US Navy. He later represented Arizona in both houses of Congress and was the Republican presidential nominee in 2008. Biden said McCain was a “dear friend” and “a hero”.

Washington is a double Oscar winning actor, director and producer. He has a Tony Award, two Golden Globes and a Cecil B. DeMille Lifetime Achievement Award. He is a longtime spokesperson for the Boys and Girls Clubs of America.

The other 13 medal recipients are:

– Sister Simone Campbell. Campbell is a member of the Sisters of Social Service and former executive director of the Catholic social justice organization, NETWORKS. She is an advocate of economic justice, reform of the US immigration system and health care policy.

-Juliet Garcia. The former president of the University of Texas at Brownsville, Garcia was the first Latina to become president of the college, the White House said. He was named one of the best college presidents in the country by Time magazine.

— Gabrielle Giffords. A former US House member from Arizona, the Democrat founded Giffords, an organization dedicated to ending gun violence. She was shot in the head and seriously injured during a component event in Tucson in January 2011.

— Fred Grey. After Reconstruction, Gray was one of the first black members of the Alabama Legislature. He was a prominent civil rights lawyer who represented Rosa Parks, the NAACP and Martin Luther King Jr.

– Steve Jobs. Jobs was the co-founder, chief executive and chairman of Apple Inc. He passed away in 2011.

– Father Alexander Carlautos. Carlautos is an assistant to Archbishop Demetrios of America. The White House said Carlautos has advised several US presidents.

— Khizr Khan An immigrant from Pakistan, the son of Khan’s army officer, was executed in Iraq. After speaking at the 2016 Democratic National Convention, Khan rose to national prominence, and became the target of Donald Trump’s wrath.

— Diane Nash. A founding member of the Student Nonviolent Coordinating Committee, Nash organized some of the most important civil rights campaigns of the 20th century and worked with King.

US Soccer said in a statement that Rapinoe, who was at training camp in Denver when the White House called to inform her of the honor, thought she was getting a prank or a robbery when she called her phone. Called the “White House”. He showed his phone to a teammate, who encouraged him to answer the call.

— Alan Simpson. The retired US senator from Wyoming served with Biden and has been a leading advocate for campaign finance reform, responsible governance and marriage equality.

— Richard Trumka Trumka was the chairman of the 12.5 million-member AFL-CIO for more than a decade at the time of his August 2021 death. He was the former president of the United Mine Workers.

– Wilma Watt. A brigadier general, Vaut is one of the most decorated women in American military history, breaking down gender barriers as she rose through the ranks. When Vaut retired in 1985, she was one of only seven female generals in the armed forces.

— Raul Yazaguire. A civil rights advocate, Yazaguirre was the President and CEO of the National Council of La Raza for 30 years. He served as the US ambassador to the Dominican Republic under Obama.