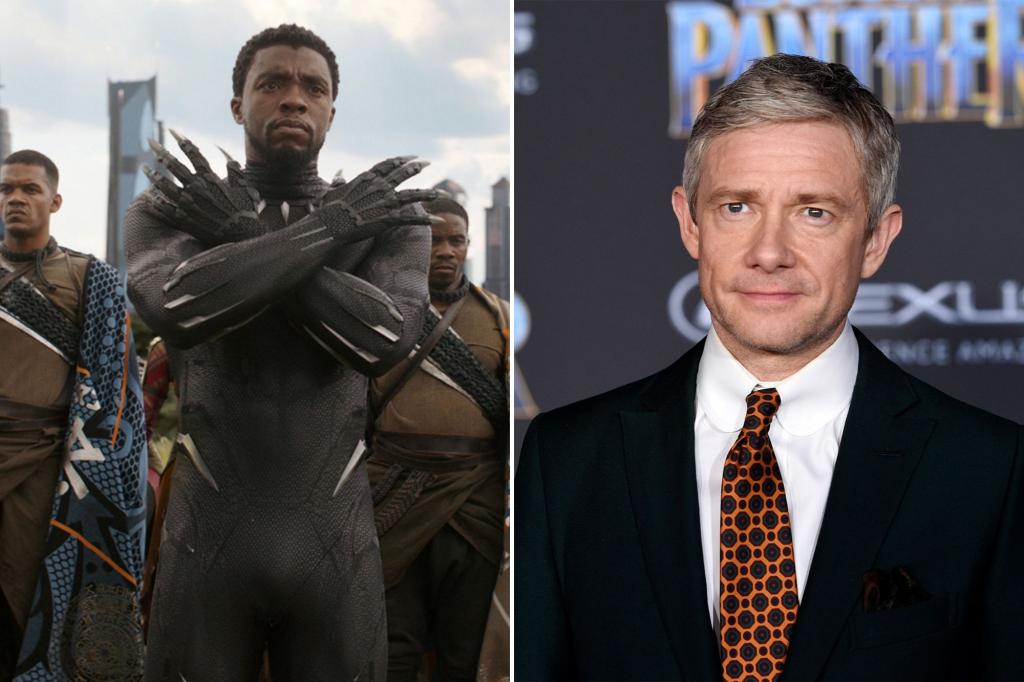 On the set of “Black Panther 2” there is a hole the size of Chadwick Boseman.

Boseman is best remembered for his iconic role as King T’Challa in the theatrical debut of the first black superhero in 2018. Following his untimely death in August 2020, fans have campaigned not to reprise his character in the sequel to “Black Panther: Wakanda Forever” later this year.

“Black Panther” cast member Martin Freeman, who is an aide to the superhero government agency Everett K. Ross, discussed what it was like filming the second film without the “Marshall” star.

In a new interview, Freeman, 50, told Collider that being back on set was “weird.”

The “Love, Actually” star said, “On the one hand, you are making the film you are meant to make, and there are many people on the set who have joined in this effort to make the film.” “But there’s no doubt that, at its core, there’s a lot of difference now, and you’ve felt it.”

He continued, “With all due respect to Ryan Coogler and everyone else who is sweating and bleeding to get this job done properly, it was fun. It was enjoyable. I got into it very quickly.” And was out.”

Freeman expressed gratitude for the “fun character” he played, then digested, “But it was weird. Of course, it was weird with Chadwick. [Boseman] not to be there.”

The “Sherlock” actor continued, “There’s no way around it. I think everyone would find it very strange and sad, but at the same time, things in life don’t end there.”

“When he passed, I thought, ‘Well, there probably won’t be another one.’ But there are still other stories to tell within that world and other great characters. I think, and I hope we’ve made a good movie. I have a lot of trust in Ryan Coogler,” he concluded.

“Black Panther: Wakanda Forever” is set to premiere on November 11.

Climate Pledges of Amazon, Google, Walmart, Others Found to Have Low Integrity