Blatter avoids testifying at the start of a corruption trial 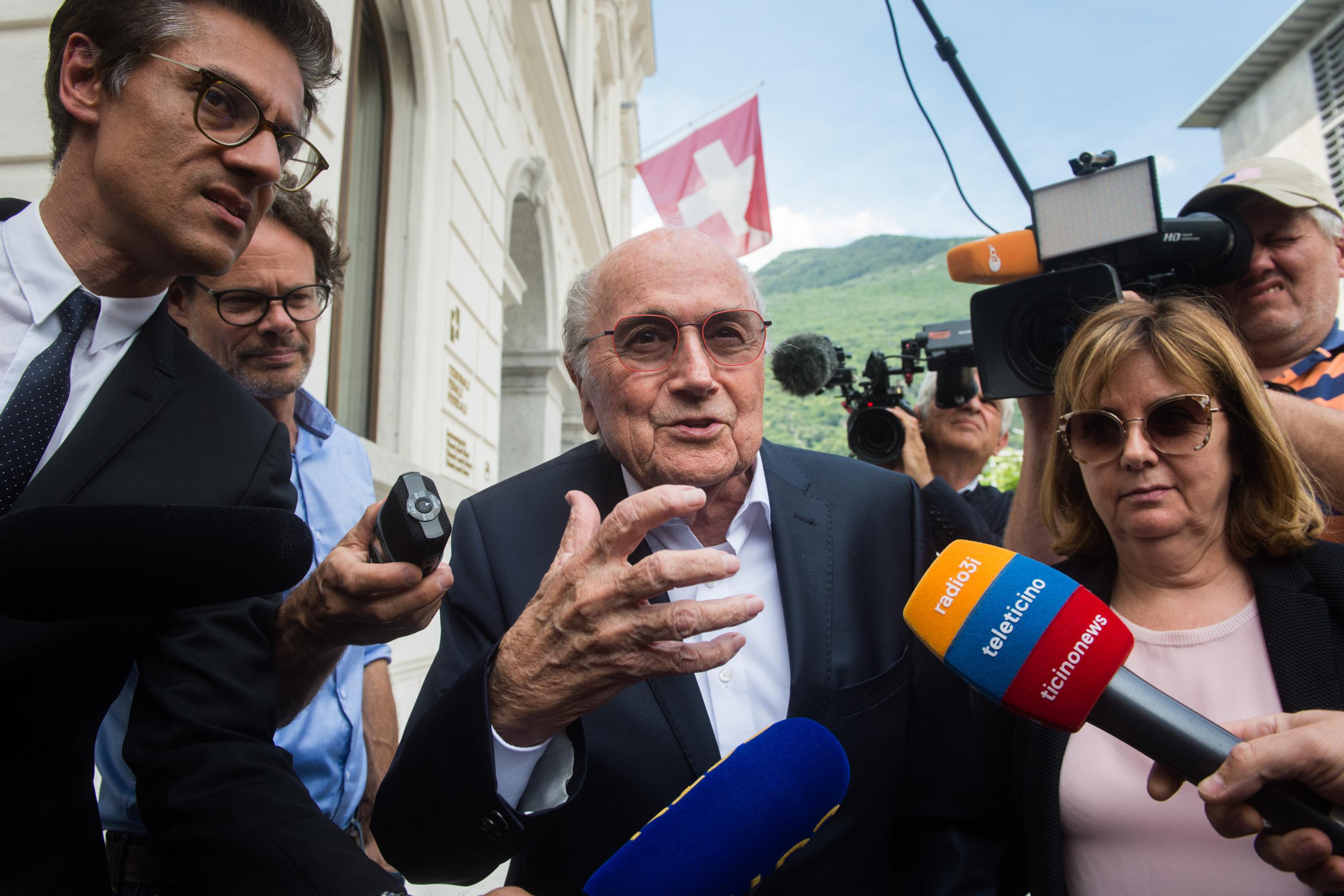 BELLINZONA, Switzerland ( Associated Press) — Brimming with confidence and beaming with a smile as he entered court Wednesday, former FIFA president Sepp Blatter ended up complaining of chest pains and was unable to testify on the first day of a trial in against him for corruption.

Once one of the most powerful men in world soccer, Blatter now faces charges of defrauding FIFA in a Swiss court. He was tried alongside Michel Platini, the former French star who came to be seen as Blatter’s successor as head of the governing body.

Platini also appeared in court, sitting with an interpreter behind Blatter.

Blatter, 86, was expected to testify on Wednesday but, called to the stand with an hour to go in the day — after several defense motions were denied — asked to be allowed to answer Thursday for the tomorrow, the day Platini will also be questioned.

“I don’t feel well. I have these problems that come and go,” Blatter said, sitting next to his lawyer and almost whispering. “I can’t breathe properly. I don’t feel capable of responding to an interrogation right now.”

Blatter had left court early for a break — another courtesy given his age. He walked slowly, leaning on the shoulder of his daughter, Corinne Blatter Andenmatten.

The trial is expected to take 11 days with sessions not to exceed noon due to Blatter’s age. He was in a coma 18 months ago after undergoing heart surgery.

The former FIFA president appeared at the Federal Court in Bellinzona in good spirits and expressed confidence when asked about what he expected in court.

Blatter had been FIFA president for 17 years when he resigned in June 2015 over a corruption scandal. A few months later, Swiss federal prosecutors revealed an investigation into FIFA’s $2 million payment to Platini four years earlier.

Both Blatter and Platini deny any wrongdoing and say they reached a verbal agreement in 1998 over the money. That defense failed before the FIFA ethics committee judges, who banned them from the sport, and then appealed to the Court of Arbitration for Sport.

“Do I have football on my side? I am soccer. I have been a FIFA server for 45 years, of international football. My life was football, my professional life,” Blatter said before entering court. “Now I have to defend myself a bit, but I will defend myself well, with a lawyer nothing more, because I have a clean conscience.”

The scandal also derailed Platini’s campaign to replace his previous mentor at FIFA and led to his removal as president of UEFA, the governing body of European soccer.

Dominic Nellen, Platini’s lawyer, tried to have the trial transferred to a local court, but his request was rejected.

“Finally, this case is being tried but in the wrong stadium,” Nellen told the court.

The two are expected to present their final arguments on June 22, when the trial is due to end.

The three federal judges in charge of the case are due to deliver their verdict on July 8. Blatter and Platini each face five-year prison terms, but are likely to receive suspended sentences.