Blinken says China’s action in Taiwan has “no justification” 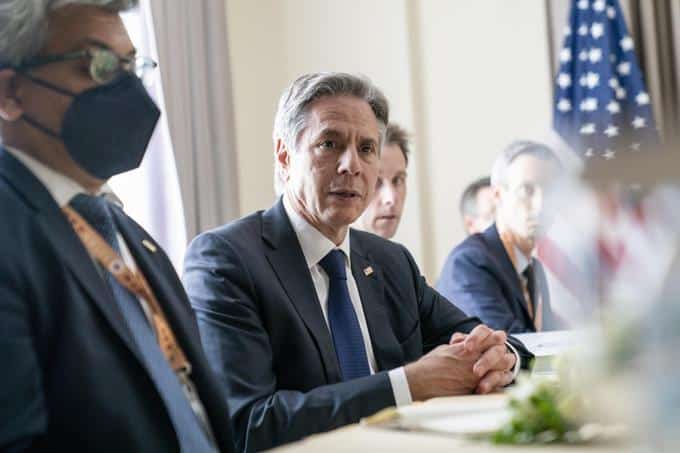 US Secretary of State Antony Blinken said on Friday that China’s military exercises Taiwan Straits are “provocative work” And they represent a “significant escalation” that “has no justification” and insisted Washington never seeks to “inflame a crisis.”

“China has chosen to overreact. There is no justification for this extreme and disproportionate reaction.” Blinken said during a news conference in Phnom Penh, where he continues to attend the Union of Southeast Asian Nations ministerial meeting to this day.

Blinken insisted that there was no justification for the Chinese military exercises in view of Wednesday’s visit to the island by the Speaker of the US House of Representatives. Nancy Pelosi, Which has been the hot topic of meetings held in the capital of Cambodia these days.

According to the US Secretary of State, China used Pelosi’s visit, which she was informed, “as an excuse to increase their provocative military activity” In and around the Taiwan Strait.

Taiwan’s defense ministry condemned that ships and warplanes of China’s People’s Liberation Army (PLA) crossed the midline of the Taiwan Strait, which serves as an unofficial border, but China and is silently respected by Taiwan, a self-governing state. Sovereignty is Beijing’s claim.

The military exercises, which effectively take place in six areas around the island, have included aerial deployment of fighters and bombers as well as long-range firing practices with conventional missiles.

Blinken assured that the U.S. Nothing has changed in its policy towards Taiwan And that it does not want a change in the island’s “status quo” nor does it support its independence.

Taiwan, with which the US does not maintain official ties, is one of the main sources of conflict between China and the US, mainly because Washington is the main supplier of weapons to the island and would be its largest military ally in case of war. Clash with Asian giants.
The People’s Republic of China insists on “reunification” with the island, which has been governed autonomously since the Kuomintang (KMT) nationalists withdrew there after losing a civil war against the Communists in 1949, and with the rule of the Republic of China continued, which ended. In the transition to democracy in the 1990s. EFE
esj/raa/lab
(Photo/Video)

America is restructured thinking about a title in Mexico