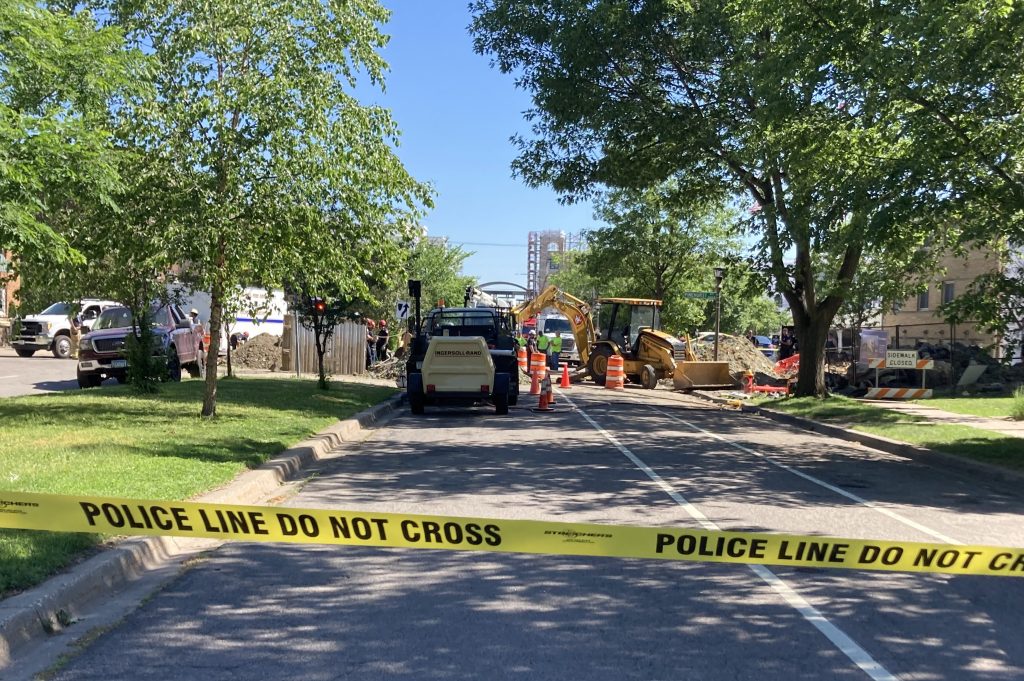 After the St. Paul Trench collapsed on Friday, firefighters found the bodies of two people who were working inside. The recovery effort lasted about 12 hours.

Firefighters were dispatched to the Highland Park construction site at 2:40 p.m. after another worker who was in the area called 911, according to Deputy Fire Chief Roy Mocoso. The man made a brief rescue attempt when the ditch collapsed.

“Based on the size of the stones and the type of soil, it is believed that two individuals may have died … minutes after the collapse,” Mokoso said.

Rescuers retrieved one body on Friday night and the other at around 2.30 am on Saturday.

“We are deeply saddened by the loss of this family and the loss of this construction company,” Simpson said. “We come to work every day to do our work, and we train for these kinds of events. Time was not on our side today.”

The recovery work was laborious because it can be dangerous.

“We want to avoid any further collapse and don’t want to harm any of our firefighters or rescuers,” Simpson said.

Shortly before 3 p.m. yesterday, workers were called in for a trench collapse with two victims at a construction site on the 700 block of Mount Curve Blvd. @ Minneapolisfire And @stpaulpublicw Helped with recovery efforts. Both the deceased victims have now been recovered. pic.twitter.com/XVgn1iFQy5

St. Paul and Minneapolis firefighters who are part of a special rescue team for collapsed structures made recoveries. They rotated employees and brought in lights to work through the night.

City council member Chris Tolbert, who represents the area, went to Mount Curve Boulevard as recovery efforts were underway. He spoke to some relatives of the workers who had gathered.

He said, ‘It is absolutely sad. “… it’s really hard to lose a family member, especially on Father’s Day weekend.”

The misery at the site was the opposite of what a passerby saw on Friday.

Neighborhood Susan Drake said she was going to Starbucks on Mount Curve Boulevard on Friday morning and saw four construction workers who appeared to be taking breaks. She said they looked relaxed and happy, “in a good mood on this beautiful day.”

Simpson said the last time a similar tragic collapse happened in St. Paul was in 2013, when two boys aged 9 and 10 were killed in a landslide at Lilydale Regional Park. They were on a fossil-hunting field trip through their St. Louis Park School.

A new arm will arrive at the Toros preseason