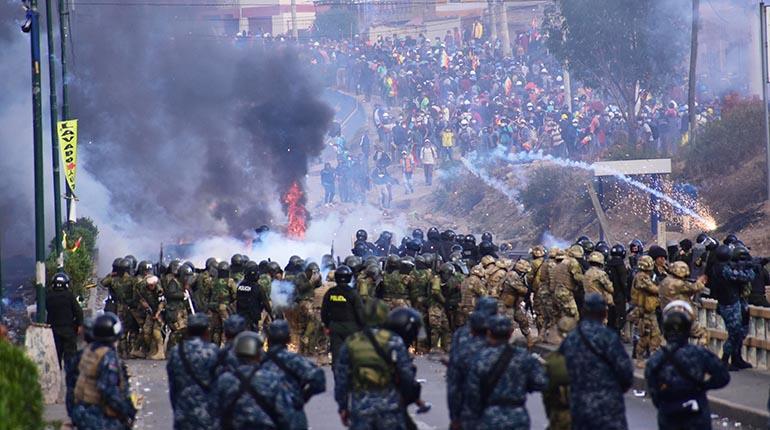 Maria Javier, a representative of the victims, said, “At 3:00 pm (local time) there will be a reminder act in memory of our heroes who have given their lives in defense of democracy.” Hundreds of wounded shot.

He told in an interview with the ATB channel that recognition would be given to those who have been injured and lived with the sequel, and above all, the demand for justice would be reiterated.

Javier criticized that three years after that crime, the victims are still crying out for the guilty to be tried in a normal process.

“We have the right to receive justice and the perpetrators and masterminds are punished as mandated by the constitution (…), we ask for speed and that the process can move forward, that the trial be established,” he said. confirmed again.

The file, located at the Sacaba Court in Cochabamba, has 16 people being investigated, of whom 15 are with substitute measures and only one is in preventive detention.

The representative reiterated the demand that the judicial branch expedite the case and begin oral trials so that all the masterminds and content authors of the incident that brought grief to the families of Cochabamba are brought to justice.

On November 14, 2019, de facto President Jeanine Áñez and her cabinet signed Supreme Decree 4078—known as “death”—which criminalized any damage caused in the suppression of those opposing the crackdown. Exempts army and police from liability. Constitutional system.

On 15 November, cocaleros and members of other social sectors tried to join a massive march in the city of Cochabamba, demanding the restoration of democracy.

An investigation by the displaced Interdisciplinary Group of Independent Experts (GIEI) in Bolivia determined that unarmed protesters were killed in this joint operation by the military and police.

Experts confirmed that according to the law of death, summary executions, systematic torture and mass arrests were carried out.

According to documented data, in the massacre called Sakaba, at least 11 people were killed, all indigenous, and another 120 were injured.

Arturo Murillo, a former government minister who is now imprisoned for corruption in the United States, told the press that those with bullet wounds to the back were themselves victims of protesters, which the GIEI denied. was.

USA: Arrest 32 Cubans and 11 others trapped in a truck