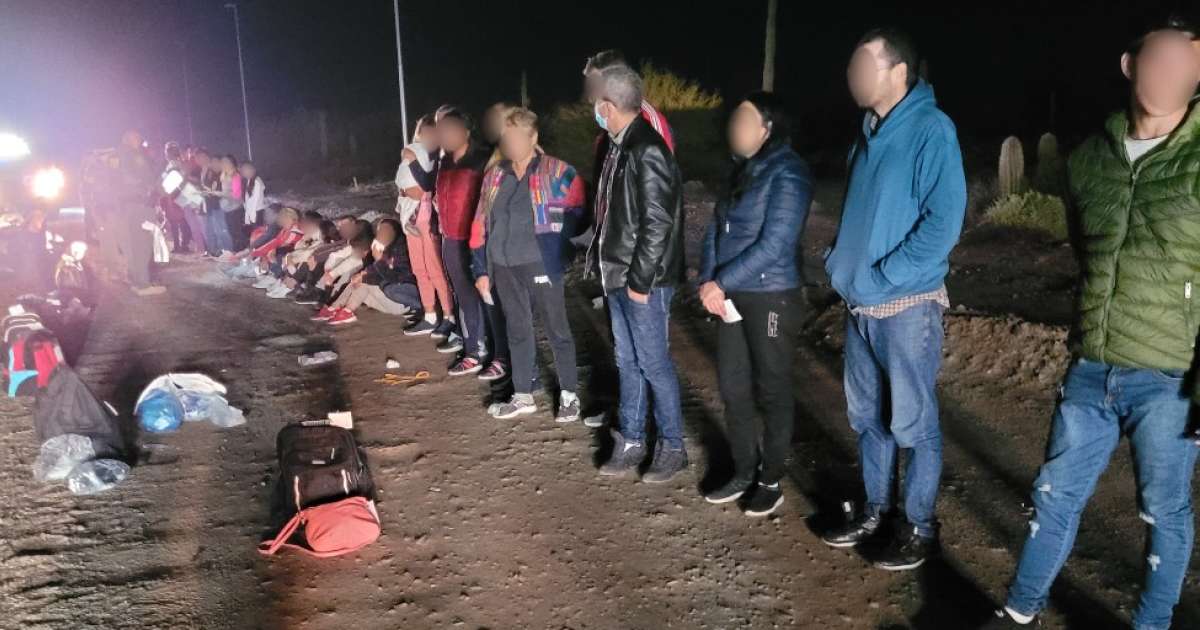 United States Border Patrol (USBP) reported that last week it detained more than 600 migrants in Arizona who were traveling in large groups.

On Sunday, the agent reported on the same social network that “between Monday night and Tuesday morning, Ajo station agents encountered three large groups of migrants,” and a total of 204 people were arrested,

The USBP classifies groups of 100 or more immigrants as “large groups”. Modlin acknowledged that they represent challenges in the current migration crisis affecting Central America and the United States.

However, the USBP official emphasized that more than 3,600 Tucson Sector Agents “They are steadfast” in the vigilance and security of the country.

There were also arrests this weekend. The USBP shared on Twitter photos of the campaign against human trafficking taking place in the same area.

“Last Saturday in Benson, AZ, a Wilcox Station agent arrested a 36-year-old American citizen who was smuggling 14 immigrants at a gas station. Noticing the activity under a tarpaulin in the bed of the truck, the agent 12 Hidden Migrants Discovered. Driver Faces Criminal cases“, said USBP.

Nationality, gender and other details were not reported for these groups of migrants. It was not confirmed that any of those detained are Cuban, but currently, it is one of the nationalities for which the most migrant detentions are reported.

last Wednesday, More than 500 Cubans were detained In one day. They were traveling in a group of 704 immigrants who entered the United States illegally through the Del Rio sector.

In an official statement dated December 8, the USBP said the migrants illegally crossed the Rio Grande River near a local ranch in Eagle Pass at around 3:20 am.

The Border Patrol in the Miami Sector also reported an increase in apprehensions. They assure that between October 1 and December 11 they have apprehended more than 2,350 illegal immigrants, which represents an increase of more than 500% compared to the same period last year.

In fiscal year 2022, the Department of Customs and Border Protection (CBP) stated that 224,607 Cubans requested political asylum on American territory. This data does not include the number of Cubans who tried to reach the United States by sea, a figure of more than 6,000 cases.

In October, the first month of the current financial year reported 29,872 Cubans were detained on the northern and southern borders of the United States. To the south alone, 28,848 Cuban immigrants were detained, a 10% increase from the figure reported in September.

A year after the Capitol riot, Trump’s grip on the GOP remains unmatched