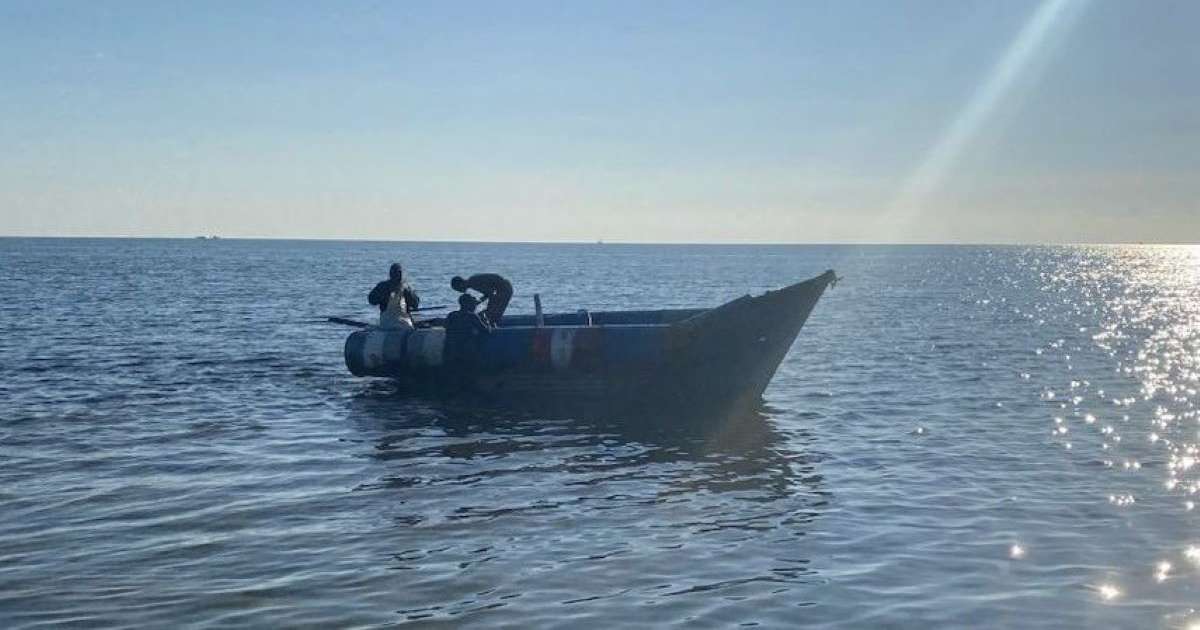 border Patrol United States (USBP) arrested 79 this Sunday cuban rafters after their arrival Florida KeysAccording to the report of the officers.

“US Border Patrol agents and partners responded to four landings of migrants in the Florida Keys, where they encountered 79 Cuban migrants,” the USBP chief for the Miami area told Twitter on Sunday. walter n slosser,

He also said that the Cubans managed to reach land in homemade boats, with which they crossed the Strait of Florida.

Only three days ago, Slosser reported that USBP agents, in cooperation with police agencies, had arrested 80 cuban rafters Upon arrival in the US territory in Florida.

“During the past 24 hours, 80 Cuban immigrants were taken into custody by the United States Border Patrol,” the Miami area chief told Twitter on that occasion.

the agents responded four illegal landings Throughout the Florida Keys, as specified by Slosser.

In the last week, Another set of 33 rafters -26 males and 7 females- were stopped in various operations with the help of the Monroe County Sheriff’s Office.

Also found out at least 20 who left cardenasThe Matanzas arrived off the coast of the United States in a rustic raft powered by Russian KamAZ truck engines, according to images shared on social networks by one of the migrants after arriving in the South Florida Keys.

It recently circulated on social networks an emotional video Which shows the moment a group of Cuban rafters descended into the dark of night in Islamorada in the Florida Keys.

A Cuban who witnessed the moment with his wife and mother-in-law – both of Venezuelan origin – was deeply moved by the event.

United States authorities do not stop reiterating the dangers of making these voyages in rustic boats through the Florida Straits, in addition to warning that they maintain close surveillance of the maritime zone.

“Coast Guard and partner agencies personnel are patrolling the Florida Straits and the Windward and Mona Passages to prevent the tragic loss of life from these dangerous and illegal maritime voyages,” said Lt. Gen. Nicholas Fujimoto of the 7th Coast Guard District.

Since last October 1, the USCG has intercepted 2,982 Cubans at sea, a figure that confirms the accelerated exodus of Cubans through this route since the beginning of the current fiscal year.

At the end of fiscal year 2022, on September 30, at least 6,182 Cubans were detained as they tried to reach the Florida coast by sea, a number representing a record over the past six years.

The repatriation of Cubans has also not managed to put a stop to the maritime migration crisis, due to the number of arrests and reports of rafters arriving.

It was also learned this Saturday that the Coast Guard 152 Cuban rafters detained off Florida coast repatriatedAs mentioned in a statement by the entity.

“These developments show how important the unified mission and our strong partnership are to the security of this country,” said Gerald Burgess, Customs and Border Patrol Air and Maritime Operations Southeast Region representative.

“Every day our crews work together to protect our borders and serve the United States,” the officer stressed. Worst Cuban Migration Crisis that America has faced

Google Android 13 . working on the screen resolution setting for

Runner Semenya once proposed to show her vagina