Brasilia: Jair Bolsonaro’s followers went on a rampage and tried to break into the headquarters of the Federal Police. During the officialization of Lula da Silva as future President 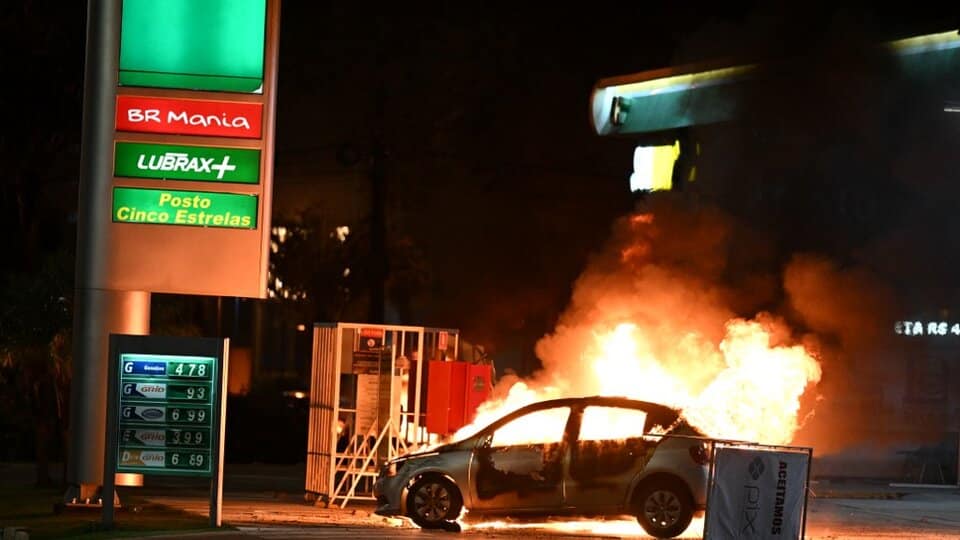 cars and buses set on firefunctions of vandalismos why the destruction There was a scene in the streets last night generated by different bolsonarist group During the officialization of Luiz Inácio Lula da Silva as the next President of Brazil by the Superior Electoral Court of that country.

Minutes after that act, and as if it was not clear where these events began, outgoing President Jair Bolsonaro welcomed hundreds of protesters in the gardens of the Palacio de la Alvorada, calling on the military to topple the coup To avoid a third term as leader of the Workers’ Party.

A priest standing next to Bolsonaro during that short demonstration at the presidential residence encouraged and called on the coup leaders to continue the demonstration Lula “The Thief”,

Violent act of rejecting Lula’s assumption of a future for a third term as president They had an epicenter in BrasiliaWhere the ceremony of his diploma was held.

While this was happening, far-right protesters supporting Jair Bolsonaro torched dozens of cars and buses in various areas. In addition, as officially stated, Those commandos tried to enter the headquarters of the Federal Police After an indigenous leader affiliated with the outgoing president was arrested for these undemocratic acts.

Police of the Federal District of Brasilia suppressed with gases and rubber bullets To prevent an invasion of the building by that security force. “The situation is extremely tense,” a police spokesman was quoted as saying by CNN Brazil.

Various groups operated through the routes of the Brasilia crime. acts of hooliganism And for this reason, Lula’s security was also strengthened at the Melia 21 Hotel, where he stayed after being certified as president.

“The security of President Lula is being ensured”, confirmed Flavio Dino, the future Minister of Justice and Public Security. Meanwhile, the governor of Brasilia, Ibanes Rocha, said that the police were in a position to control the riot situations.

tonight he registered Some access restrictions to the Esplanade of MinistriesThe nucleus of the powers of the capital of Brazil.

Bolsonaroists seeking a coup have been demonstrating since October 30, after the president failed in his re-election, at the door of an army barracks.