Brazil: “Carla Zambelli does not represent democracy” | Interview with Renan Bohus, defense lawyer for young journalist Luan Araujo, at which Bolsonaro’s deputy aide pointed a shotgun and his mentor shot him. 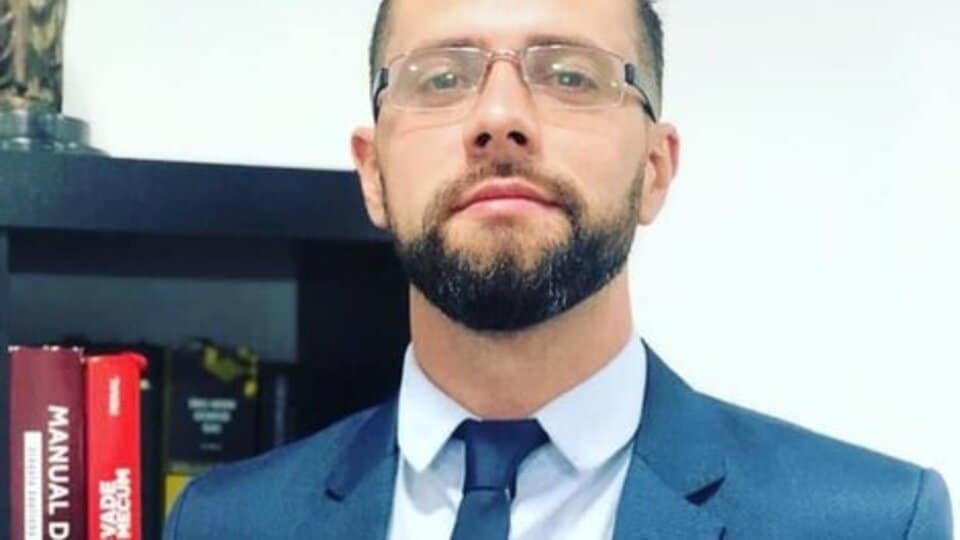 The images traveled the world on Saturday, October 29. Carla Zambelli, a deputy of the Liberal Party (PL), an ally of President Jair Bolsonaro, followed a young black man into the street, pointing a handgun. Hours later it was revealed that he had not attacked her – as seen in several videos – nor was he a thief, but a sports journalist, a group of similar clubs formed during the military dictatorship Democracia Corinthiana. is a member of. He also collaborates on a digital site called playoff, The woman who accused him of assault today is in the US. He left Brazil when several judicial complaints against him began to be acted upon. 32-year-old independent press activist Luan Araujo is defended by criminal lawyer rennon bohus, Your client was not only persecuted by right-wing politics. One of his mentors, Daniel, shot him while he was attending a baby shower with a group of family and friends.

-Who is Luan Araujo?

-He is a young black man from the outskirts of So Paulo who, thanks to the benefits of the Lula government, managed to study, trained as a journalist and belongs to the Democracia Corinthiana collective.

– How did the events take place on the day Carla Zambelli opened fire against her client?

– First I would like to point out that Luann was not at Lula’s performance that day. He went to a festival, for a baby shower, At Burger Joint. When he fixed the limit of MST (movement without land), Carla Zambelli, her friends and her security guards started provoking the election. Luan denied these provocations and began to say: “Tomorrow Tarcisio is going to win as a candidate for governor of the state of So Paulo.” “Tomorrow Bolsonaro is going to win…” and Luan replied: “No, tomorrow Lula will win…”. At that point, Deputy Zambelli’s security personnel began filming Luan and a heated discussion ensued, with an exchange of crimes.

– How did the harassment of the Bolsonarista deputy and the shooting against Araujo happened?

– When Zambelli started filming him, he began to distance himself and then both he and his mentor followed him. Before I continue, I would like to say that Luann was the only black person in her group of friends. There were three white men with him. Coincidentally or not, when the discussion engulfed the whole world, they began to follow him. And then Luan ran, crossed the road and many followed him from behind. This was the moment he heard a shot and when he realized it was in his direction, he became completely desperate and started shouting, “For the love of God, don’t kill me.” He entered a bar and there Zambelli, with his security and a gun to the head, wanted to force him to throw himself on the floor and he told them not, because he told them they were not policemen, that they Couldn’t force him to do this.. Then there was a group of people and Deputy Zambelli realized the guilt he had committed with his capungus. Luann managed to get out and go somewhere else.

– When you met Araujo, what did he tell you?

– He looked very surprised, trembling, weeping for others, and there we began to pacify him. We spent about two hours trying to pacify him and I told him we needed to go to the police station. At the time, interviews with Carla Zambelli, who tried to distort the story, were coming up and we needed her to tell the facts so she wouldn’t position herself as a victim. After a long conversation, he was convinced. At the same time, a video came out in which Zambelli said: “PT sent a black man to attack me.” What does it mean, that a black man is a criminal? There I analyzed the facts and asked myself: Why did she run after a black man? And here comes the illuminating scene: white men with guns who are not police officers run after a black man and try to knock him to the ground, point the gun at his head and shoot him . Thank God they didn’t kill her because they could have killed her, someone else, or a pregnant woman who was with Luann at the baby shower.

– Zambelli travels to the United States, what will happen to him?

-I am monitoring the case of his travels, but it must be said that he is not a robber. There is no jail order against him, but we are hurt by the reason he gave for leaving the country without informing anyone. He is in the US at the Inter-American Court of Human Rights on the pretext of condemning Brazil, although I do not see it favorably. I look at this with some concern. It is important to highlight that there is a process for termination of the mandate against him, a criminal investigation for the crime of danger and a request for imprisonment that has not yet been evaluated by Federal Supreme Court minister Gilmour Mendes.

– Did you, as Araujo’s lawyer, ask for other remedies against the deputy?

– In Brazilian law we have to divide this process into two parts. Because deputy Carla Zambelli enjoys immunity because of her position as a federal deputy. So we immediately entered federal delicto for him with a prison order in the Federal Supreme Court. Under the same request we are asking for his firearm to be confiscated and we enter into the revocation of the right to bear arms. Also, PT along with Red de Marina Silva has already submitted a request to terminate his mandate for lack of dignity, crimes committed and lies told by him in interviews. Carla Zambelli is a person who puts society at risk and we understand that she does not represent democracy. She does not respect the law and is creating anarchy.