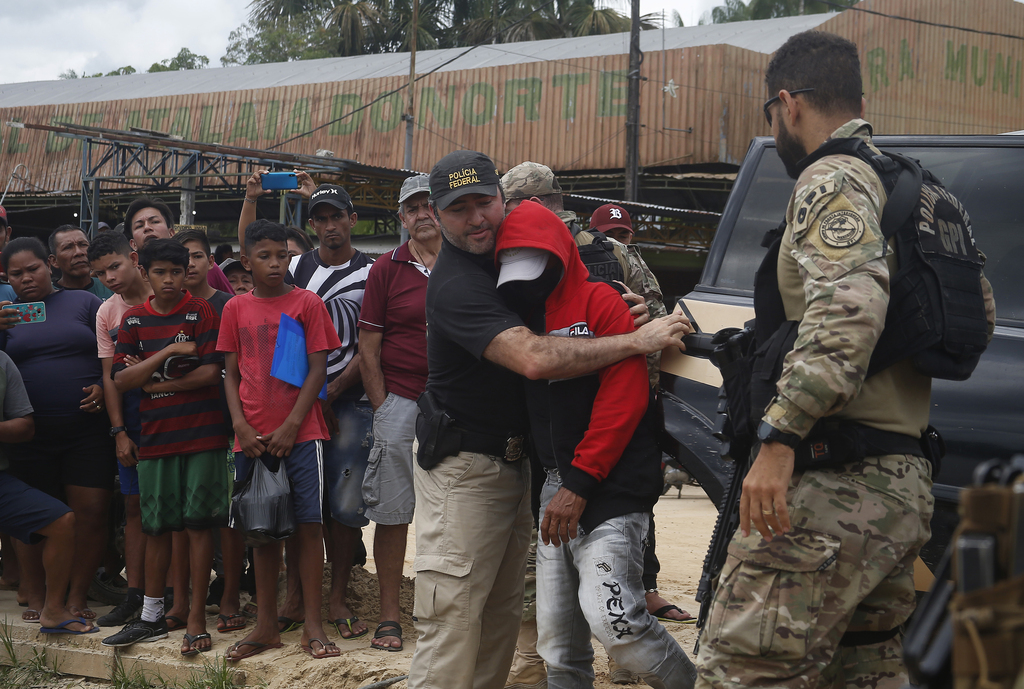 ATALAIA DO NORTE, Brazil — Brazil’s justice minister said on Wednesday that police reported human remains found in the Amazon region, where an indigenous expert and British journalist disappeared more than a week ago.

Justice Minister Anderson Torres said the remains had not been identified.

Writing on Twitter, he said: “I have just been notified by the Federal Police that ‘Human remains have been found at the site being excavated’.” They will be submitted to forensics. ,

No further details were immediately available.

Federal police said in a statement earlier, after a suspect was taken to the search area, that it would hold a news conference Wednesday evening to give “an extraordinary explanation about the investigation.”

Colleagues of missing indigenous expert Bruno Pereira called a vigil outside the headquarters of the Brazilian government’s indigenous affairs agency in Brasilia.

Pereira was on leave from the agency when he went missing on June 5 while traveling with British freelance journalist Dom Phillips.

He was last seen on his boat in a river near the entrance to the Javari Valley indigenous region, which borders Peru and Colombia. There have been violent conflicts between fishermen, poachers and government agents in that area.

ATALAIA DO NORTE, Brazil – Brazilian police on Wednesday led search teams searching for the remains of British journalist Dom Phillips and indigenous expert Bruno Pereira to a suspect on the river. Both went missing on June 5.

An Associated Press photographer in Atalia do Norte saw police carrying a suspect on a boat.

Federal police did not immediately respond to questions from the Associated Press seeking details.

On Tuesday, police said they had arrested a second suspect in connection with the disappearances of Phillips and Pereira, who were traveling to a remote area in the Amazon.

De Oliveira told the Associated Press on Friday that he went to Pellado in prison and was told that local police had tortured him in an attempt to confess. De Oliveira said his brother was innocent.
Both men were being held in the prison at Atalia do Norte. Because of the hood, it was unclear who the police were leading.

Federal gas tax break: Biden says it will bring ‘a little relief’, but experts say even that could be a stretch