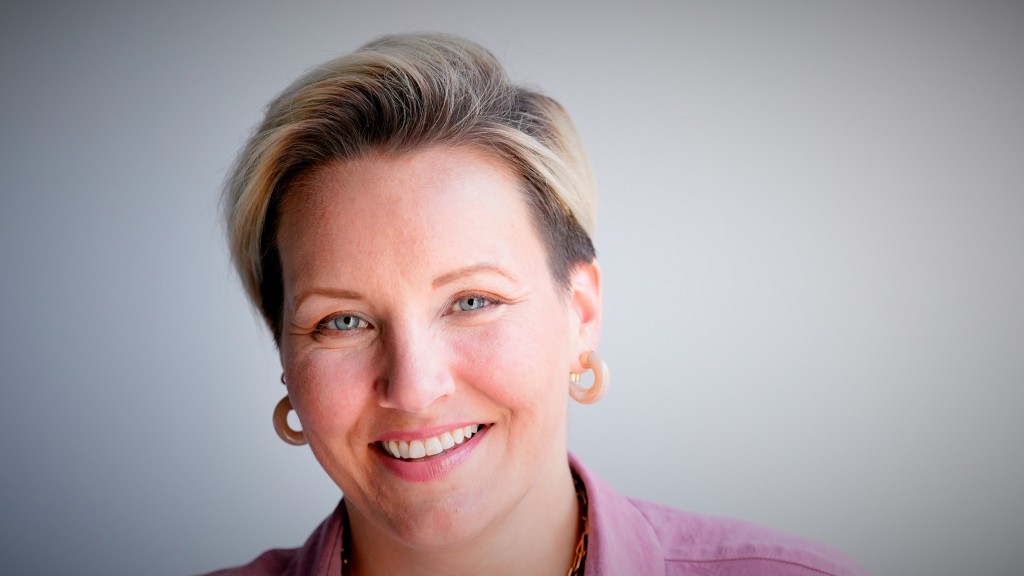 NEW YORK — When Dana Donoffrey had a bilateral mastectomy and implant reconstruction after her breast cancer diagnosis in 2010, the 28-year-old fashion designer discovered the only medical and uncomfortable bra for women living with the disease.

Such frustrations prompted Donofree to launch her own lingerie company, Anono, in 2014, aimed primarily at women who had breast cancer and had undergone some type of surgery. The Philadelphia company now offers a variety of wireless bras for women who have had breast reconstruction, a mastectomy, or lumpectomy because Donofree says every surgery has different results. The collection also includes post-surgery loungewear.

While the designs were initially sold on her website and medical supply stores, Anono is found at mainstream online shops including Soma, ThirdLove, and most recently Nordstrom and soon Target.com. Her designs are also sold abroad in countries such as Spain, Israel and Canada. Her products include four-way stretch, hidden seams, and soft fabrics like imported Modal, which don’t rub against scars. Other brands, like Athlete, now offer mastectomy bras, but Donofree said the overall selection is still limited.

Donofree, who has sat on the boards of various breast cancer nonprofits, is also breaking taboos about women and breast cancer. She has helped encourage the breast cancer community, using breast cancer survivors of all sizes and ethnicities in their campaigns. Her runway events, which went on hiatus during the pandemic, have raised more than $500,000 for metastatic breast cancer research.

Donofree is one of many breast cancer survivors who are creating their own products, from beauty items to trendy headwraps, says Melissa Berry, founder of Cancer Fashionista who specializes in breast cancer. The Cure offers beauty, fashion and lifestyle tips for women. and beyond. AnaOno expects 30,000 subscribers and about $3 million in revenue this year, almost double the number last year. Donofrey says she aims to reach 100,000 women and plans to expand into swimwear next season.

The Associated Press recently interviewed Donofree about how she’s filling the gap in lingerie for breast cancer survivors and how she’s advocating for the breast cancer community. The interview has been edited for clarity and length.

Q. What types of bras were offered to breast cancer survivors prior to starting Anono?

A. Matriarchal, utilitarian… the quintessential grandma bra. So when there were bedspans and wheelchairs, so was your mastectomy bra and being a young woman who had completely removed all of my breast tissue including my nipples, it was just a very upsetting experience that felt like That the world was telling me that I was no longer allowed to act or look like a woman, that something was broken in me. But this is not normal.

Q. What is the design process?

A. AnaOno Owl is inclusive. So if it’s two breasts, one breast, no breast or new breasts, we have your backing. And the only way we’ve been able to do this is by modifying the design and practicality of what a bra is meant to do. So I removed the underwire. I ditched the traditional cup design with bras. So what we have is many stretches, many different directions. We use that incredible, beautiful modal material that is not exclusive to bra design.

> What was the initial reaction from the stores?

A. Every time I would go out and visit, I would see all the specialty lingerie stores in that city, and I would see all the plastic surgeons specializing in breast cancer reconstruction. And the reason for this was that I had to keep my feet on the ground. I had to take my shoes off the ground, knock on doors, give my sales pitch. And in doing so, not only by being exposed to stores and specialty boutiques and plastic surgeons and medical practices, I realized how different the conversation was to what kind of surgery we were doing and what they were doing to our bodies. And then what were the solutions on the other side.

> What was your moment of success?

Q. What progress has the lingerie industry made in catering to breast cancer survivors?

I think there has been a big change in our movement, especially in the last decade. We stepped in as one of the first lingerie brands to use real people and bras and underwear. Displaying in a model is probably the hardest thing to do. I think what we are still missing is full inclusion now. The reality is that… 1 in 8 women will be diagnosed with breast cancer in their lifetime. This is a substantial number of people who do not have breasts or can only have one breast or who have had their breast reconstructed.