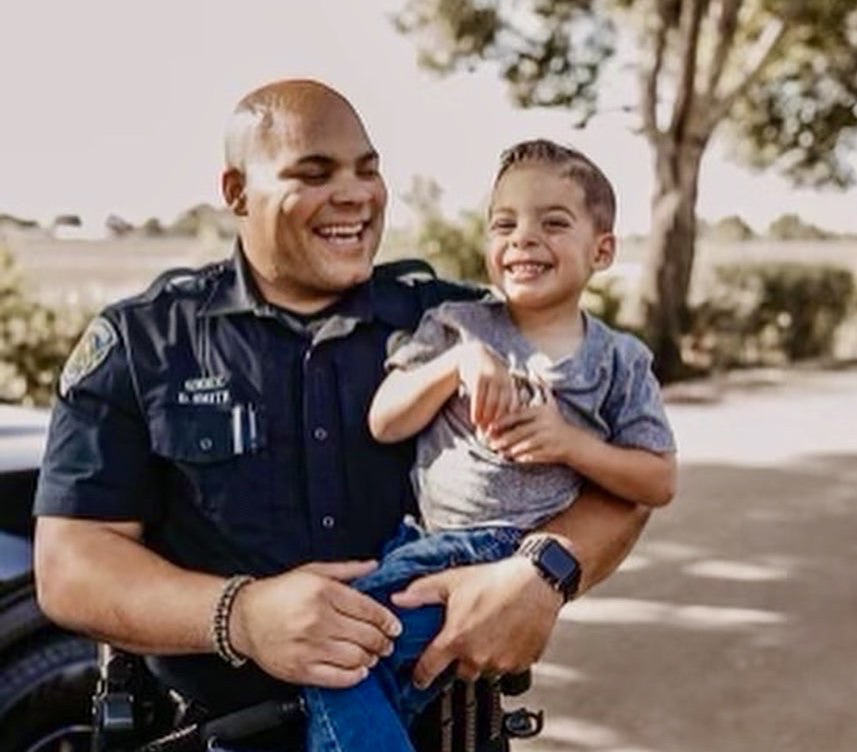 brentwoodBrentwood – Crazy how your life can change in just a few hours.

This is how Cassie Smith describes what happened the day she learned that her baby son had leukemia. Since then, the Brentwood mother of three children and her husband David, a Brentwood police officer, have been on a roller coaster as they navigate their son’s health and try to figure out how they will cover all the expenses.

Cassie Smith was packing her bags for a weekend trip on June 5 when her 4-year-old son, Luca, woke up with black eyes and a flushed face. A trip to the emergency room revealed that no parent wants to listen.

“The last 48 hours have been an absolute nightmare,” Cassie wrote on Facebook and later on an online fundraiser page. “Our child has cancer.”

Within hours he was taken via ambulance to Kaiser Permanente Children’s Hospital and Research Center in Oakland, followed by further scans, an MRI, “lots of blood work.” Six months of chemotherapy is likely to begin soon.

While no one could ease the pain of the news, little financial help soon came through an online campaign to help first responders through the Fund the First program by the Brentwood Police Activities League and Wall of Heroes.

Chris Bollinger, executive officer of Brentwood Pal and a school resource officer, made the referral knowing that his friends and colleagues would never ask for help on their own.

“He is very much liked,” Bollinger said of beat cop David Smith. “He’s a wonderful guy and has a great family.”

Based in Brentwood, the Wall of Heroes program supports first responders or their family members, as well as military and veterans who have a medical crisis, can no longer work or are stationed away from home, such as Some wild fires, hurricanes and other emergencies.

The Group Fund partners with The First crowdfunding platform to offer a secure online method to donate. According to spokesperson Jesse La Chance-Mellon, all of his recipients have been referred through employers or coworkers.

With Wall of Heroes, 100% of what is donated goes back to the family. So far, the campaign has raised $64,000. LaChance-Mellan said fundraisers expect to reach the $75,000 goal by July 6 to get Smith through a rough patch first, followed by family and friends with food, house cleaning, child care. and help with household chores so that the parents can pay attention to Lucca.

“I know that with chemotherapy, this initial set is going to be six months, and Luca will go back and forth four to five times a week,” Lachance-Mellon said. “And you can do the math. And that’s just the first six months.

The health insurance will not cover gas, food or medical co-pays, she said, adding that the family has two other young children.

Luca has been diagnosed with B-ALL leukemia, and it’s not clear what treatment might be on tap after six months, Lachance-Mellon said.

Luca’s father has taken a break from work to be with his family, but he offered to cover two shifts a week, although his colleagues disagreed. Some have even offered to donate their sick time to him.

“He was talking about coming in and we’re like ‘No, you need to worry about your family,'” Bollinger said. “He doesn’t want to take donations and all that stuff. And he’s so overwhelmed by the amount of support he’s got in this community.”

Still, Brentwood Pals is planning a cornhole tournament and poker fundraiser for Smith’s family this summer. Bollinger said it also donated two air purifiers, as Luca’s immune system would be weak and the family must keep their house extremely clean to keep him healthy.

“I think there’s a lot of uncertainty right now because it’s so fresh and so new,” he said.

Once six months of initial treatment are complete, Luca will be assessed to see where he is and “what the game plan is, but we have been advised it will be at least two years of riding,” Luca’s mother recently said update on the Fund the First campaign page.

“We are devastated, confused, broken, and trying to muster the strength to get through these days and hope our boy gets better soon,” he said.

With no history of cancer in their families or their environment, Cassie Smith said it was something she never imagined would happen to her family.

For his part, Bollinger said he wants to do everything he can to reduce any unnecessary stress during this difficult time.

Bollinger said of David Smith, “He served his country (in the Navy) and is now serving his community in which he grew up.” “I don’t want them to have to worry about financial stuff or anything like that. We just want to help them as much as we can.”

To donate, visit the Fund the First online campaign at https://bit.ly/3xRYdo1.