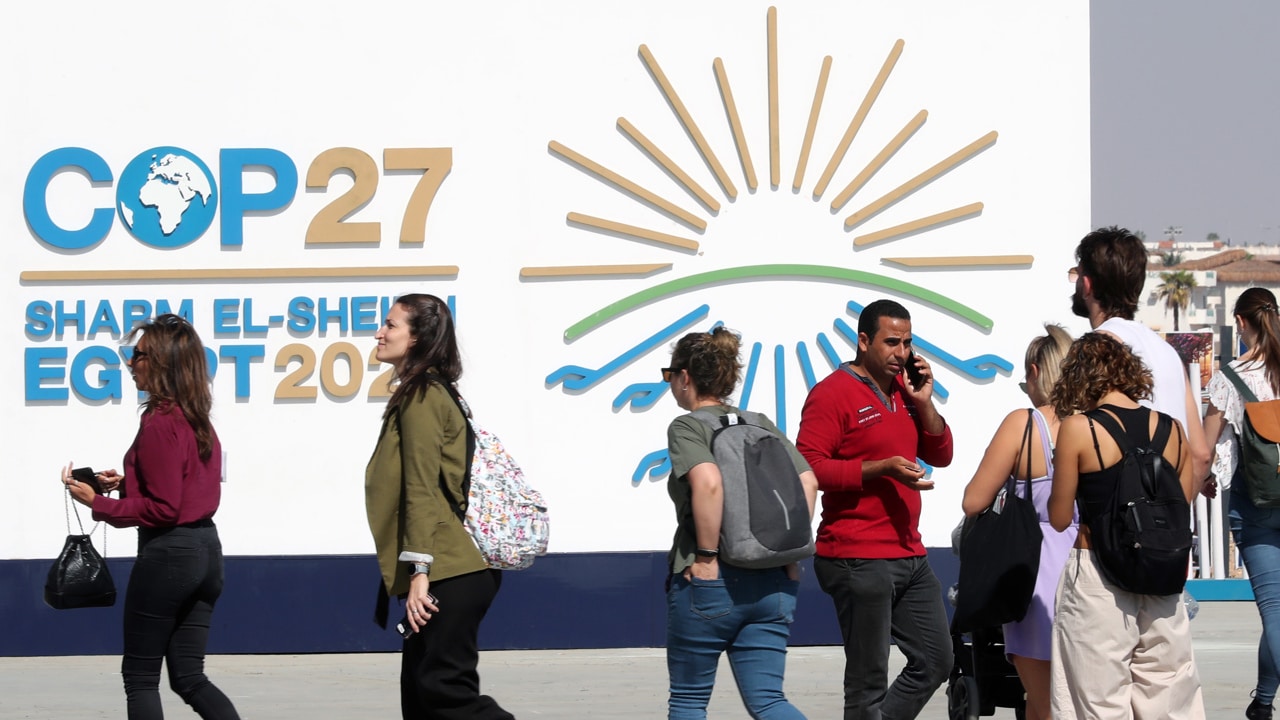 After three days of meetings at the Implementation Summit, which opened COP27 in Sharm el-Sheikh (Egypt) with the presence of world leaders, the thematic days of the world meeting begin. Finance takes the lead with events, meetings and presentations at the Blue Pavilion this Wednesday Addressing the economic aspects of combating climate change, This is one of the central themes of this edition of the COP, which aims to conclude with firm agreements that ensure a commitment of $100,000 million per year to the energy transition and adaptation to the most vulnerable countries.

Transition funding was already a central issue at COP26 which was held in Glasgow last year, a meeting that resulted in the desire of many countries to adhere to economic commitments established in a non-binding resolution. Egypt, as the organizing country, and with the support of the countries of the so-called Global South, have insisted that they want this “implementation” summit to take place where they want. go from words to deeds,

Thus, options for public financing and exchanging countries’ sovereign debt and debt for climate action will be discussed, given the impossibility of continuing to cover the costs of the Global South and the need to obtain sustainable financial tools for the future. Happened. Make customization attractive for personal investmentAnd the role of charities and philanthropic activities to fuel this funding will be another focus of the day.

development finance banks insist it will be necessary Pool public and private capital To meet the extreme need of mitigation and adaptation in every corner of the planet.

This is the case of the Inter-American Development Bank (IDB), which emphasizes that addressing the climate crisis in Latin America and the Caribbean involves “involving and increasing private and public capital” and divert this funding to general projectsAccording to Benigno López, IDB’s Vice President of Sectors and Knowledge at COP27.

In his speech, Manrique recognized the challenge ahead to define budgets for Latin American ministers from various departments such as the economy, health and environment. address climate justice And can cope with the effects of climate change without neglecting the most vulnerable populations.

In 2021, the group IDB raises $6 billion in climate financeHalf of which, 3,000 million, was allocated to mitigation projects and activities in various countries in Latin America and the Caribbean.