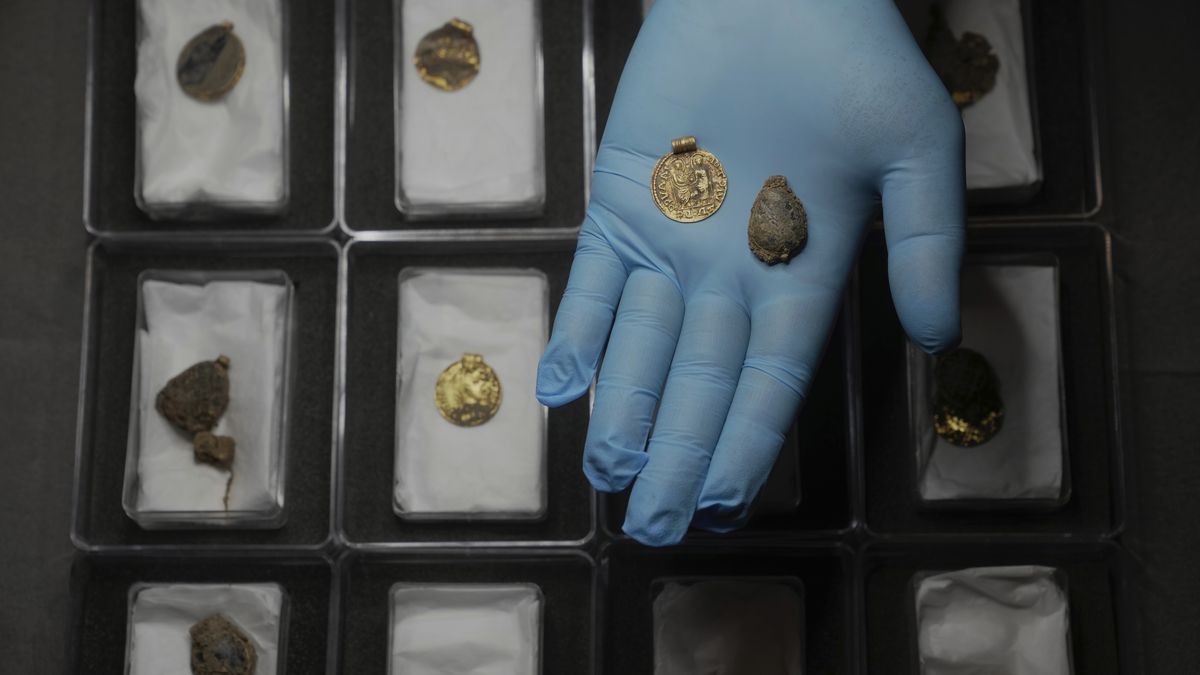 And collar Archaeologists said on Tuesday that a 1,300-year-old gold and gem find at a new housing development site marks the tomb of a powerful woman who may have been one of Britain’s earliest Christian religious leaders.

Experts say the necklace, discovered along with other artefacts near Northampton in central England, is part of the largest medieval burial of a woman ever found in Britain.

The woman had disappeared a long time ago: only some tooth enamel was left. However, scientists say the discovery will shed new light on life in 7th-century England, a time when Christianity battled paganism for the loyalty of the people.

Lynn Blackmore, a find specialist at London’s Museum of Archaeology, said the artifacts were “a clear statement of wealth and Christian faith.”

“She was extremely devoted, but was she a princess? Was she an ascetic? Was she more of a nun, an abbot? … We don’t know,” Blackmore said.

The Harpole hoard – named after the town where it was found, about 60 miles (96 kilometres) north-west of London – was discovered in April by archaeologists working with property developer Wistri Group in the New Homes neighbourhood.

On one of the last days of the excavation, which lasted 10 weeks, the site’s supervisor, Levante-Bence Balazs, noticed something shining in the ground. It turned out to be a rectangular gold pendant inlaid with a cross and garnet, which was the centerpiece of a necklace that also contained pendants of Roman gold coins and ovals of semiprecious stones.

“These objects had not seen the light of day for more than 1,300 years,” Balazs said. “To be the first person to see them is something indescribable.”

With an unforgettable night out, the Shark makes its case for staying in the defenseman lineup

Conversation with Friends review: The slow, monotonous and drawn-out cover of Normal People fails to recapture the magic of Sally Rooney