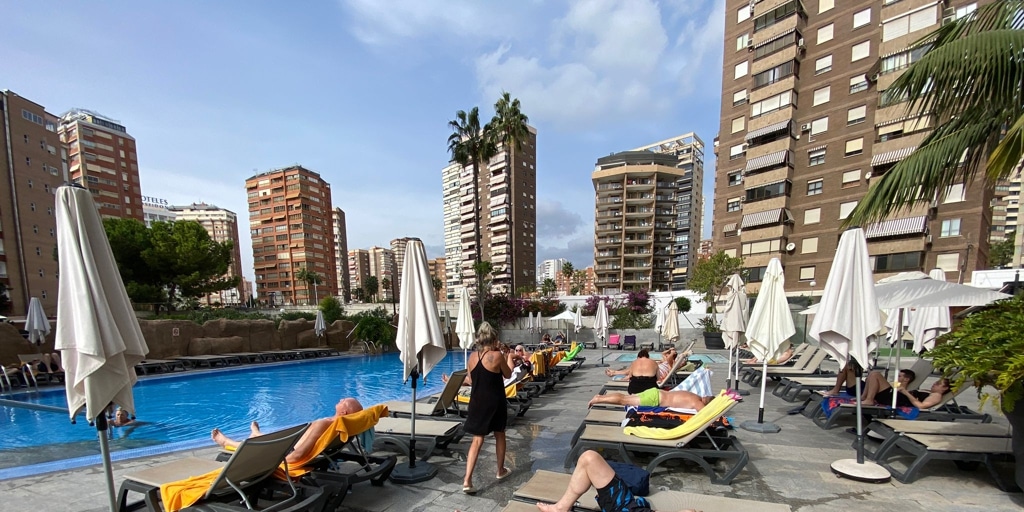 foreign Ministry United Kingdom updated their guide “travel to Spain in which he talks”Insecurity and street crime » British tourists to take precautions while on holiday.

Among other warnings, the Foreign Office has indicated in these guidelines – updated on 29 October – for possible «unrest« originated in demonstrations, political meetings or marches, which may take place with little or no notice, especially in the main cities », with special events in Madrid due to an atmosphere of social unrest due to inflation or pensions, and In case come to the »block airports and highways» due to the «independence» protest of Barcelona.

But it is also spoken in a more general way for all Spanish destinations with more risky conditions. Although it has been reported from the outset that “most trips to Spain do not cause problems”, the ministry urges its compatriots to “be aware of the existence of street crime, in particular thieves Those who use distraction techniques and often work in teams of two or more people.

As a recommendation, he suggests keeping a photocopy or scan of the passport “somewhere safe”. It also describes in detail how “in some urban and tourist centres, thieves posing as police officers to approach tourists and ask for their wallets to identify themselves.”

Similarly, UK authorities have warned, acknowledging the low incidence of “the” attack Including those of a sexual nature, which are rare but do occur, and are often other British citizens,

one of the latest cases of violence that led to uproar in scotland recently affected a 20-year-old young tourist who suffered multiple blows to the neck at a bar in the English area of ​​Benidorm, and was helped by two off-duty nurses who were at the establishment at the time and saw her bleeding profusely. Used to be.

And how they are related is «Highway Pirates» which provides assistance to drivers of vehicles with foreign registration, especially those of caravans and vehicles with rental cars.

“It doesn’t matter, we’re not worried”

In the hotel area of ​​Benidorm, the main Spanish destination for the British, they are “used” to this type of message from the state’s Ministry of Foreign Affairs, which “launches alerts and notices almost every day” according to the General Group. branch business secretary Hosbeck, Nuria Montes.

“We subscribe to their system and we constantly see notices from many sites, especially not from Spain, they warn about everything and in this case it is about the attacks and demonstrations in Madrid and Barcelona ,” they tell.

“We don’t have no fears as it may cause fear or impede operation Alicante Airport »Montes, abound with data apart from the fact that this fortnight of the month also exceeded the figures for the number of passenger seats at the Alicante terminal in 2019, in pre-pandemic data,

For this reason, he emphasizes that “alerts of this type are always created and have no specific effect” and further compares with the situation in the United Kingdom: “We are very concerned. that we have to go ahead to the week world travel market And with the train and tube strike already called, transport in London is in chaos.

It also justifies the peace of the region in the past, which, a priori, could have had more consequences due to the more precarious situation. Due to events like terrorist attacks, natural calamities in the past they had no reflection in alert reservations, so that hoteliers no longer fear “or anyone” for this notice.

In his opinion, “the importance the press attaches to it is much more than it really is, and recommendations are made in all the places the British travel around the world.”