British tourism sets its sights on the archipelago this winter 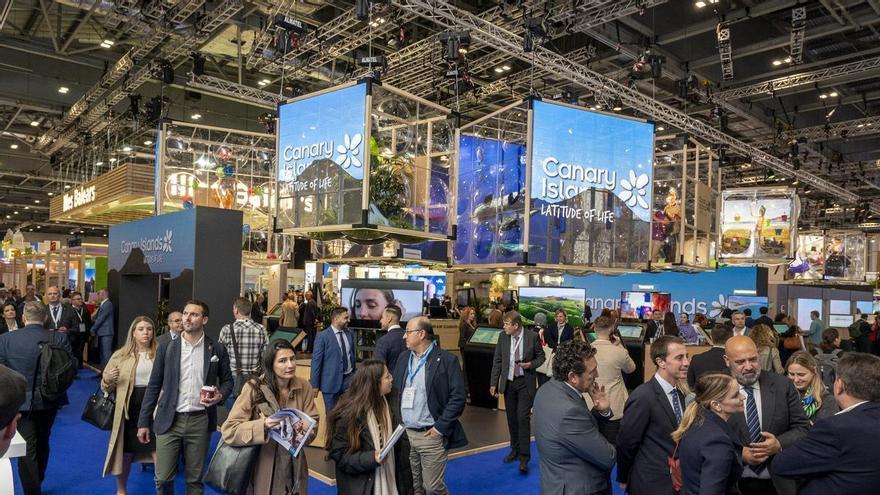 On the map of the British who will enjoy a few days off this winter, the archipelago is marked in red. that’s the only way to explain Seven airlines that currently connect the Canary Islands to the United Kingdom have scheduled 577,257 more seats than in the winter when the pandemic broke out. The challenge now is to ensure that this increase of 27.7% is justified by higher aircraft occupancy rates.

The Michael O’Leary-led company closed three of its bases in the archipelago, specifically the airports of Gran Canaria, Lanzarote and Tenerife Sur, just before the outbreak of the pandemic. Routes running between the Canary Islands and the United Kingdom now have 245,476 more seats than in 2019. The offer remains at 675,884, which is enough to keep this company with the biggest relative growth (57.4%) over the winter season.

Ryanair dumped the rest in the archipelago and put 246,476 more seats on sale to reach the islands.

Returning to Ryanair, Last spring, the company leaked alleged talks with the government of the Canary Islands to reopen its bases on the islands. The bet on destiny is striking and may be a sign. Regional executive sources denied that there would be contacts.

The closure of 2020 resulted in the dismissal of 206 employees, Through an Employment Regulation File (ERE), the people of the archipelago and Girona were added, which the justice declared void. The next maneuver was to reread them and attempt to place them in the Temporary Employment Regulation File (ERTE), which companies resorted to because of the impossibility of operating normally due to restrictions. Nor did the courts – it reached the Supreme Court – not accept it.

In short, the Irish airline guarantees a large amount of connectivity but Too many misconceptions to send into oblivion Before seeing a few doors wide open.

The only airline that has reduced its offering to the Canary market as of the winter of 2019/2020 is TUI Airways. This makes 3,807 fewer seats available for passengers (-0.9%). Why? Because the number of tickets put up for sale is already adjusted by the size of the company, on occasion it will be 406,986. But also because the TUI Group has hotel interests in other destinations and has to fill them.

The rectors of the airline companies themselves have recognized the President of the Canary Islands, Angel Victor Torres, and Yeza Castilla, Minister of Tourism, Industry and Commerce of the Government of the Canary Islands, During the World Travel Market Fair in London, that, in the short term, the islands may be quieter than other destinations away from Europe. The hero at one of these meetings was Sebastian Abel, CEO of TUI Group.

TUI Airways is the only airline to reduce seats this year

As explained by Nicolas Villalobos, CEO of B Cordial Hotels & Resorts, The increase in oil prices over the past year means that the longest flights and those that consume the most kerosene face the highest cost., The high rate of inflation in the case of islands and increased interest rates in relation to the United Kingdom and the entire European continent leaves less money in domestic economies, which is more within reach of medium-distance destinations.

Regarding the arrival and departure of airlines this season, Norwegian absence, After the threshold of bankruptcy fell into a deep restructuring process, and the appearance of Vueling, which appears, as a testimonial, with 17,280 seats.

Passing through September, the previous month is calculated by a survey of tourist movements in the borders (Frontur), The archipelago has recovered 93.1% of the volume of visitors in the same period of 2019. And that the year started with tighter restrictions due to the Omicron variant of the corona virus. As announced by President Torres on Monday, the year will kick off with 14.5 million passengers being received in the islands.