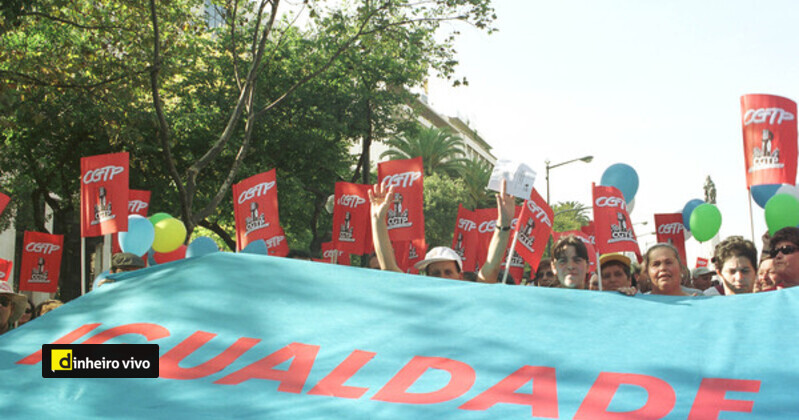 The decline in the number of collective bargaining workers has coincided with deepening inequality in many European countries in recent decades. It is no coincidence, as advocates for the European trade union UNI Europa, which represents seven million European workers in the service sector, which calls for new public policies to revitalize social dialogue.

“What we see in several examples – chief among them the United Kingdom, Ireland and Germany – is that from the moment collective bargaining begins to decline, we also see the beginning of an increase in inequality,” notes Stan de Spiegeler, a researcher at Ghent University in Belgium, and author of the study, which published this week, which parallels the decline in collective bargaining and the growth in the proportion of income held by the richest 10% in several countries. The analysis spans decades, stalled before the pandemic, due to a lack of data for all countries.

The case of the United Kingdom, which is still a member of the European Union in the period analyzed, is where the correlation is most pronounced. From a collective agreement coverage rate of 75% in the mid-1980s, it rose to 27% in 2019. The share of income among the richest rose from 31% to 36%. In Germany, in the same period, coverage moved from 85% to 54%, while income concentration moved from 29% to 38%.

The opposite example is France and Belgium. French collective bargaining coverage went from 90% to 98%, with the inequality index rising from 29% to 32%, which is more containment. But in Belgium, coverage has remained unchanged over the decades at 96%, and the same is happening with the income share of the richest 10%, at 32%.

Thank you very much for your registration.

In the case of Portugal, there is the example of a country becoming more unequal, although there have been no major changes in global coverage of collective bargaining. The study reports a decrease in coverage from just 75% to 74%, with the inequality index rising from 34% to 38% in the same period.

If there are structural reasons that have impeded social dialogue – such as the increasing number of workers in the service, with less union representation than those in industries – UNI Europa argues that this phenomenon has been shaped by governments and their own policies. He advocates that “it is up to politics to restore collective bargaining if we are to set aside unequal societies”.

One example given is the policy adopted in France to impose as a condition of access to public procurement that companies have, at a minimum, the initiative to negotiate agreements with workers’ representatives, even if it is not a positive end result.

But there are cases, as in Portugal, where changes to labor laws and collective bargaining rules imposed in the last crisis, and even since 2003, have limited the scope for social dialogue, and Portuguese unions also regret it. And if this is the case, Stan de Spiegleri understands that the legislation must be reversed.

But this is not enough. “If we have collective bargaining without unions or weak unions, the result is not excellent.” The scholar defends the Ghent system found in Belgium and some Nordic countries, where unions administer voluntary unemployment insurance systems, leading to higher ranks.

For Spiegelaere, it will also be necessary to strengthen sectoral negotiations, above all, which are increasingly neglected in favor of negotiating with a single employer, in a trend also taking place in Portugal. “It is necessary to re-establish a clear hierarchy of rules and the principle of most favorable treatment so that agreements with many employers have a higher value,” he says.

In Portugal, the Decent Work Agenda – which will return to social dialogue when there is a new government – ​​last year proposed some measures: in addition to extending the suspension of rules on expiration of agreements until 2024, and facilitating the use of necessary arbitration, it proposed a requirement for public support and incentives for a negotiation dynamic collective and expanding collective bargaining for workers in getting help from external sources And green receipts depend more on a single entity.