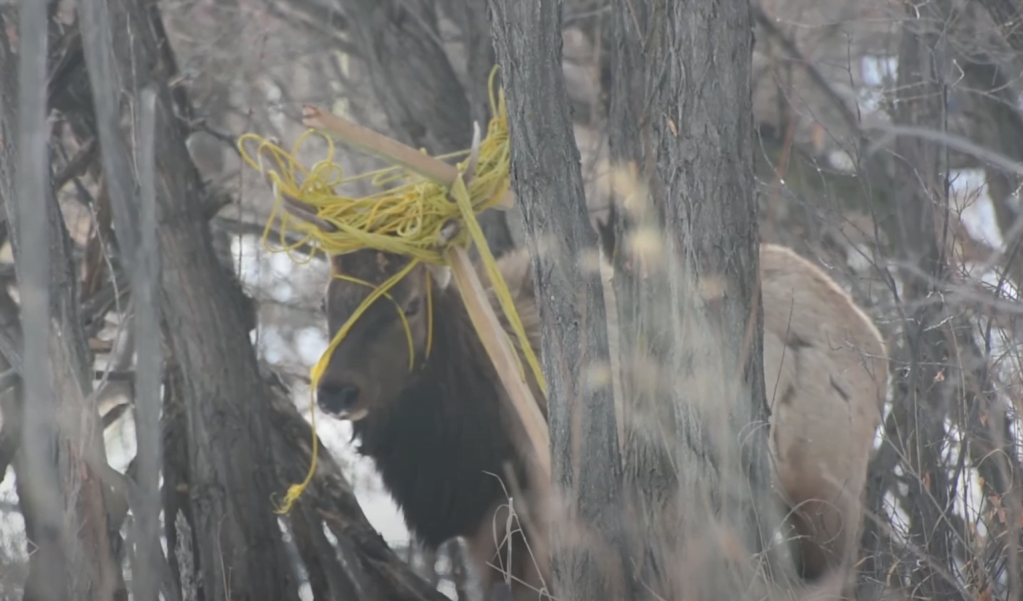 A bull elk in Golden on Tuesday morning with a rope wrapped around its horns and entangled in a thicket of trees before wildlife officials freed the animal.

According to a Colorado Parks and Wildlife news release, the incident came to light around 8:15 a.m. Tuesday, when a local resident reported seeing distressed elk in the area of ​​24th Street and Cheyenne Drive near Golden High School.

At around 9 am, CPW officials reached the spot and they were helped by the Golden Police Animal Management Unit. The trapped elk were euthanized, freed from entanglement and then given a reversal agent to counteract the sedation. Elk were tagged as part of the process.

Respondents did not notice any serious injuries, although the bull was exhausted. It escaped and officials believe the elk will make a full recovery. The rescue was recorded on video and posted on YouTube.

“Thanks to a local resident who immediately reported it, we were able to get a quick response and free the elk without any serious injuries,” area wildlife manager Matt Martinez said in the release.

Martinez said land managers sealed off areas in an effort to protect the elk from damaging properties.

“This is one aspect of the landscape and shows the intersection of humans and wildlife at our urban interface,” Martinez said. “Land managers have every right to protect their assets and the people at Golden do their best to reduce conflicts like this one. We appreciate their efforts, but these things are just right now. It can happen and it can happen.”

The news release said the CPW is currently involved in a five-year study looking at elk movements and land use in the Golden area. The study will lead to potential herd management strategies as well as habitat use objectives.

Biden vows to ‘get something done’ on munchkin $2T bill