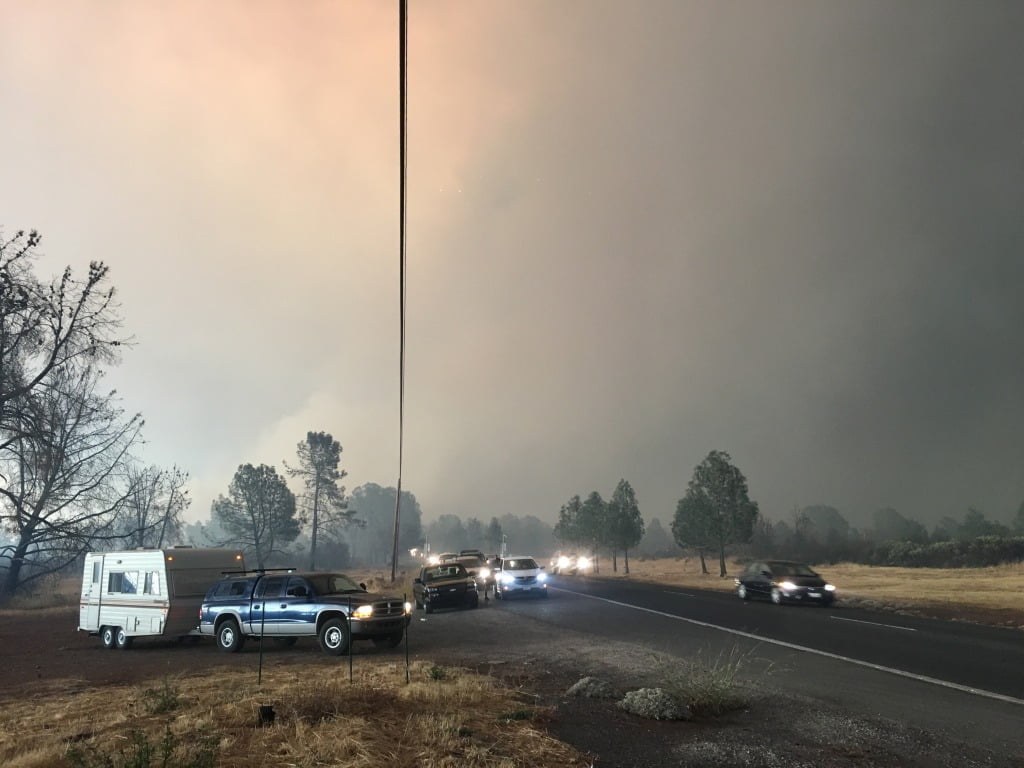 Oroville – With a value of less than $25 million, Butte County is in need of funding for road repairs due to damage from both wildfires and hurricanes.

The Butte County Board of Supervisors received a presentation during its meeting Tuesday that broke down the associated projects as well as options for generating cash flow to fund them.

Presented three broad options by Butte County Public Works Director Joshua Pack, the board ultimately opted to go with PG&E with money from the county’s settlement on the recent fire, a fire that caused much damage in need of repair.

According to Pack’s presentation, having cash flow for the projects would allow for advanced construction without initially binding federal funds. Once federal funding becomes available, the county will be reimbursed.

Permanent restoration on most major arteries and collectorates following a disaster is usually funded through[Federal Highway Administration]and CalTrans,” said the Related Agenda report. “Funding for these projects is[Federal Highway Administration]and Has been approved by Caltran, but funds have not yet been allocated. If the department plans to go ahead with these projects in 2022, it will need to use local funds for cash flow needs. The deadline for reimbursement is currently unknown and historically unpredictable.

Pack said the county would have to put the money forward itself and then use settlement funds as a reimbursement option.

Other methods the board looked at were out-financing, such as obtaining loans, or using funds from California Senate Bill 1.

The board was wary of borrowing money due to interest rates being non-reimbursable and missed using SB1 funding as it would potentially mean using money that could go towards other necessary road repair projects.

“To get the best cost on construction, we want to start the advertising process as soon as possible,” Pack said, adding that if the county waits until the summer, costs could increase significantly.

Paik said construction costs are rising by 10-20 percent annually in some areas.

The projects in question will repair the damage caused by the Camp Fire as well as the North Complex fire. Roads that will be repaired include the Skyway, New Skyway and Pence Road as well as Minors Ranch Road.

According to a related agenda report, all projects have been approved by Caltrans and the Federal Highway Administration. The total cost of the projects is approximately $24.3 million.

Pack said the discretionary settlement that the board is funding is in line with the utilization policy for the projects.

Upon accepting the settlement funding option, the Board asked its legal advisor to see what percentage of the funding was reimbursable and returned to the Board at the next meeting with the information.

During Tuesday’s meeting, Supervisor Debra Lucero requested that county staff put an item on the next agenda to allow for discussion, and possibly the creation of a redistribution commission to advance district map creation. Both Lucero and supervisor Tammy Ritter announced that they would take this action before the first board.

Lucero used the California Commission, which consists of five Democrats, five Republicans and four nonpartisan members, as an example for this process.

To proceed with the commission, it would need a majority vote from the board, which was split 3-2 in Butte County’s redistribution process until early December 2021, when a map was finally chosen.

The Butte County Board of Supervisors usually meets on the second and fourth Tuesdays of the month at 9 a.m. in their chambers located at 25 County Center Drive, Suite 205 in Oroville. The meetings are free and open to the public. Those who have not been fully vaccinated, it is mandatory for them to wear a mask while in the building.

Biden declared a major disaster in Kentucky after the tornadoes