Camel virus: what is it, symptoms and treatment of the flu that affected France at the World Cup in Qatar 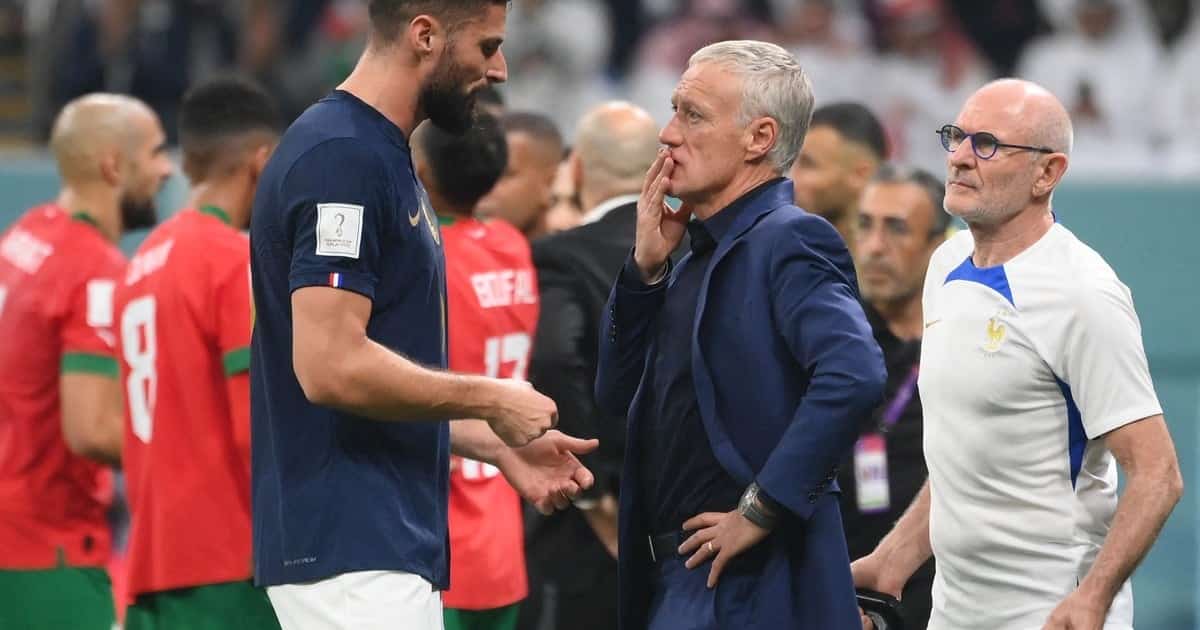 It came this year during the 2022 World Cup in Qatar. Kingsley Coman, Dayot Upamecano and Adrien Rabiot impress ahead of the final against Argentina.

qatar world cup 2022 It is the most expensive in history and is the first time it is being held in an emirate with strict laws related to Islam, and not only could it be a football festival, it is also likely to be the scene for a coronavirus outbreak. Virus will explode with more lethality: Camel virus.

The virus is known as MERS-CoV and emerged in 2012 in Saudi Arabia, a country very close to Qatar. Researchers of the disease believe it was transmitted by bats which may have passed it to camels in the deserts of the Arabian Peninsula.

The disease has already affected several players of the French national team, ahead of the grand final against Argentina: Kingsley Coman, Dayot Upamecano and Adrien Rabiot.

Mers-CoV is spread by camels. Photo/AFP

On March 28, a patient was admitted to the hospital in Doha, the capital of Qatar, to receive necessary medical care according to national protocols. To confirm disease or treat suspected cases.

At the time it was learned that this was the first case of MERS registered by the authorities in Qatar. It is a viral respiratory disease caused by one of the coronaviruses (MERS-CoV), but it is different from the new coronavirus (COVID19).

Both the viruses differ in terms of source of infection, mode of transmission and severity of disease.

Camels are the main vectors of the disease in Qatar and Saudi Arabia. Photo/AFP

Qatar’s Ministry of Public Health specifically warned people with chronic diseases or with immunodeficiency disorders, so that they follow public hygiene measures. And

This includes washing hands regularly with soap and waterUse hand sanitizer, as well as avoid close contact with camels, and see a doctor if you experience symptoms of fever, cough, sore throat, or shortness of breath.

Humans are vulnerable to this virus and there is no vaccine or treatment despite its appearance years ago, Most of those infected were from the Middle East, although cases have also been reported in Europe, Asia or Africa in recent years. All of them, yes, were among those who had visited the area before.

Some camels, animals that can transmit MERS-CoV, a virus more deadly than COVID-19, participate in an event in Doha (Qatar). (Photo: Marcus Gillier/Getty Images).

Officials ask to avoid camel rides through the Qatari desert.

Because of the disease, some countries are recommending that World Cup-goers not ride specific camels or donkeys in QatarSome very common.

,Fans should stay away from Camels in Qatar. This is common sense advice to reduce the risk of contracting the virus. It is a nasty virus, much more deadly than Covid-19, which has a much higher mortality rate and currently has no effective vaccine,” Paul Hunter, a professor at the University of East Anglia, told the British newspaper. ‘Sun’.

What does the World Health Organization say about camel virus

According to the World Health Organization (WHO), by the end of February 2022, a total of 2,585 laboratory-confirmed cases of Middle East respiratory syndrome (MERS) had been reported worldwide.

BA.2: Could the variant cause a new global wave of COVID?

Can a gay cruise protect 5500 people during Covid?