Can Technology Replace Humans?: “Humans are the Ones Who Impress Unique Thinking on Machines” 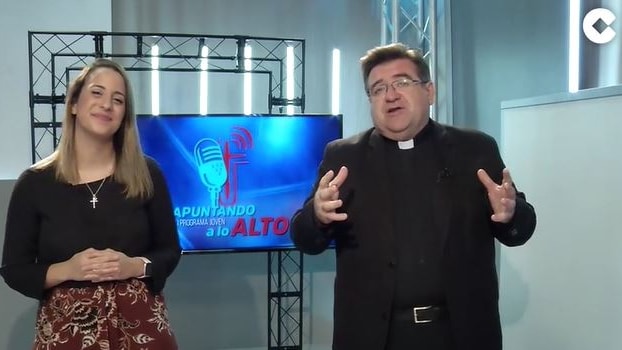 artificial intelligence The protagonists in this new edition of ‘Aiming High’ are, where the person in charge Youth Ministry of the Spanish Episcopal Conference, Raul Tinajero,He has asked the colleagues of ‘Díálogo abierto’ how technological advances and innovations affect our daily lives, and whether the theories that warn that machines may eventually replace humans are a cause for concern.

Enrique Alonso: “Sometimes we lose control of the technology”

Enrique Alonso, the youth representative of the Diocese of Getafe, has indicated that the first mistake we make in this regard is “Call intelligence something it is not.” And is that in his opinion, machines are “not just a bunch of equations and algorithms that a computer can do based on the data it has”, because humans are also intelligent.

In any case, he remarks that technology is advancing by giant steps and “We have to be aware of what it offers us, because sometimes we lose control over technology and that is a problem”, gives a warning.

In this sense, the allies of ‘Aiming High’ warn about red lines that we risk crossing if we continue to power new technologies, which could mean an depersonalization of the human.: “I find peace of mind that there is always a plug you can disconnect when the machine starts controlling things it shouldn’t”, Enrique Alonso account with sarcasm.

Likewise, the person in charge of the Youth of the Diocese of Getafe has also drawn attention to the unique thinking that is intended to be implemented in the digital world, such as in social networks. a censorship for which, he assuresMachines cannot reach it without human action.

“If you get blocked on Twitter for a specific idea or an abortion video is removed on Instagram for being offensive, we are promoting the same idea, and someone is censoring it. Not to see what the machines do, but to see who designs it for profit.

For this reason Alonso has advocated “Creating space without technology to fall in love with the beauty of the world and the beauty of being with other people”.

Isabel Beltrán: “Man must give the machines the tools to create something original”

for his part University Professor and Graduate in Philosophy and Theology, Isabel Beltrán, He believes that technological progress may supplant humans, causing fear among many, as it would mean “the end of that special creature that is man.”

“We will forget that this is a unique and unchanging being that cannot be cloned in any way. Its way of being in the world is original and its own. Terror began when it was believed that human beings can be changed”Teacher argues.

Beltrán acknowledges that some of the advances aimed at making machines form their own thoughts are “amazing”, but he qualifies that it “needs to be a human being to give them the ingredients for it. It would be an incredible but unimaginable leap, man would have to give machines the tools to create something original.”specified.

To help young people realize that technology isn’t everything, the Aiming High affiliate proposes to instill in them that “machines can’t give you the experience of sharing, of beauty, of love…that they Real experiences, not virtual ones. It’s going back to the basics, that the machine is nice but it doesn’t replace what makes you human, which are your experiences”.

This “bladeless mill” makes it possible to generate energy in water with a low current. Key: Vortex

How to know whether your Xiaomi mobile battery is good or not?

Maren Morris, popular hitmaker, this is country after all