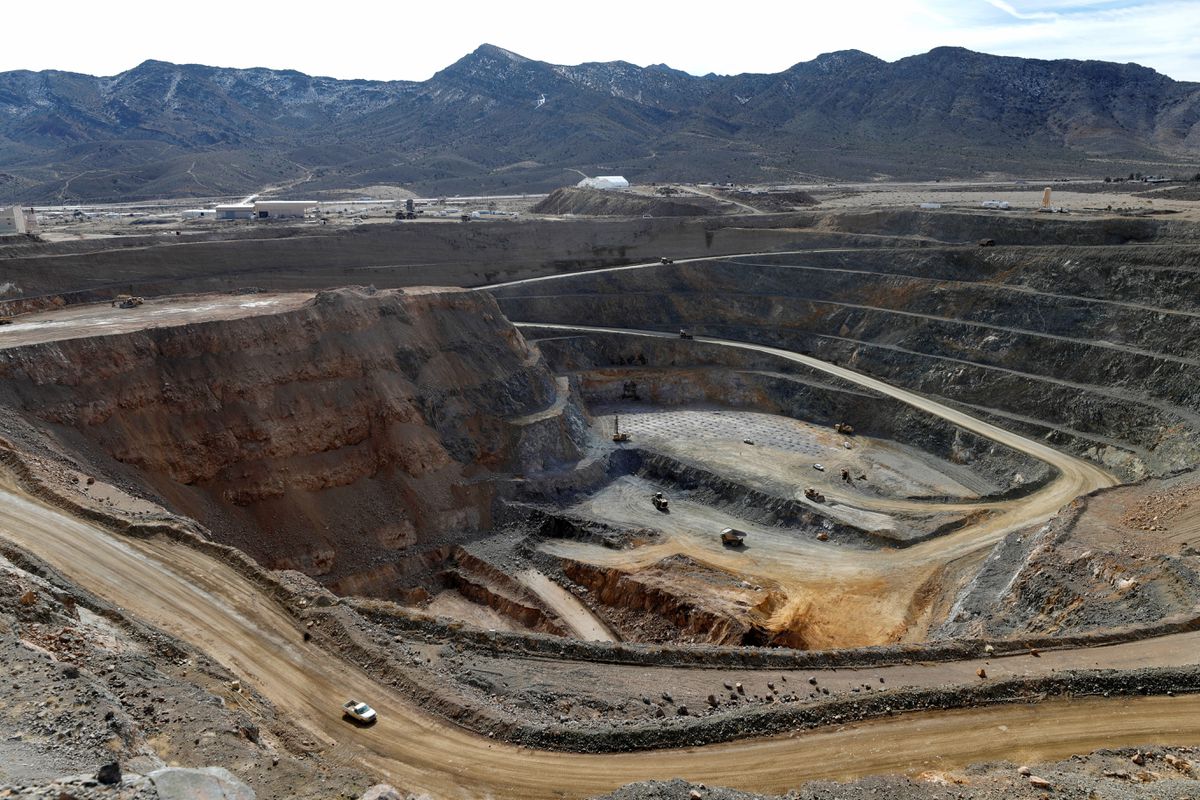 The so-called rare earths, a list of 17 chemical elements from the periodic table, are a valuable resource for modern technology because of their ionic and conductive properties. Its applications can be found in medical, military and telecommunications equipment. They are also playing a fundamental role in the green transition, thanks to their use in the manufacture of electric cars and wind turbines. It is therefore not surprising that they are becoming a very important piece on the geopolitical chessboard. And Canada, one of the mining powers, is looking for a way to get a piece.

Major Western economies are taking various steps to counter China’s might in the rare earth sector and Russia’s emerging trajectory. The invasion of Ukraine has also been a setback for the board given its impact on supply chains. China ranks first in the extraction of these chemical elements (about 127,000 tonnes in 2020; more than 60% of the world’s supply) while Russia ranks fourth. The European Commission is promoting the approval of a law and an investment fund to increase its autonomy in rare earths and other strategic resources. Canada, for its part, signed an initiative led by the United States in December 2019, along with Australia and other countries, to reduce this dependence.

According to a report by MarketsandMarkets, the global rare earth market will reach an annual value of US$9.6 billion by 2026; The advisory calculated that this would reach 5,300 million in 2021. The United States Geological Survey published a list of estimated prices for these elements, which were paid for last year. For example, a kilogram of terbium was $1,300, while that of dysprosium and europium was $400 and $310, respectively.

Last May, Canada’s first rare earth mine began distributing its concentrate. This is Nachlacho, which is located in the Northwest Territories. This mine is the second mine to be operated in North America (the other being Mountain Pass in California). Cheetah Resources, which owns it, expects to produce 25,000 tonnes annually from 2025. Its directors indicated that this is a major step for Canada and its allies to achieve independence from the Chinese supply chain.

Natural Resources Canada notes that the country has the largest known reserves of rare earths in the world. Justin Trudeau’s government has budgeted $3,800 million to support the development and application of the Critical Minerals Strategy, which also includes Rare Earth. The Nechlacho mine is just a first step, as there are currently 21 exploration projects. Some of them are Moose Lake (Saskatchewan), Kipawa (Quebec), and red wine (Newfoundland and Labrador).

The plans go beyond Canada’s borders. Neo Performance Materials, a Toronto-based company, announced in August the acquisition of rare earth mining rights in Sarfarok Deposit (Greenland); Rights acquired from Hudson Resources, a British Columbia company. Said talks consider a payment of more than $3 million, as long as the Greenlandic government approves the transfer of the license. Other Canadian projects overseas are located in Malawi (operated by Macongo Resources) and Alaska (operated by Eucor Rare Metals).

In late August, the Canadian executive signed a memorandum of understanding with Volkswagen and Mercedes Benz to allow Canadian companies to supply materials for their electric vehicle batteries. The document focuses on cobalt, graphite, nickel and lithium, although it may open the door to other elements. “The need for critical minerals and rare earths is more pressing than ever, and if we want to demonstrate a clean and green world, we can no longer accept that our minerals and inputs to our way of life come from authoritarian countries,” he said. Justin Trudeau after signing the deal.

Canada and its allies want to expand the extraction of these resources. However, its separation and purification is done in other parts of the planet. Jean-François Boulanger, professor of mining engineering at the University of Quebec, says that, for example, if the project goes ahead in Greenland, Neo plans to do it in Estonia. And he says it’s hard to compete with the Chinese domain (it accounts for about 85% of the world’s processing capacity). Beijing is often accused of dumping for its rare earth strategy. “We can open more mines, but strong investment is needed to break Chinese dominance.” According to this expert, this is one area in which investors still do not have much clarity about the future development of prices.

The extraction, separation and refining of rare earths is a matter of environmental concern. “So-called ‘clean’ energy requires recourse to rare minerals, the exploitation of which is anything but clean”, explains journalist Guillaume Pietron in his book The War of Rare Metals. The massive amount of rock removed, the use of large amounts of acid, hazardous waste (some radioactive) and the risk of contamination in the air, land and water are condemned by various organizations, as well as the carbon generated by its transport to processing sites. Footprint is also condemned.

Rodrigue Turgon, co-director of the MiningWatch Canada program, explains about caring for the environment and rare earths: “We are in a race against time, but that shouldn’t be an excuse to do nothing.” Turjan stressed that there is a need for a full environmental assessment and consultation work with communities where these resources are to be extracted or processed; Also that priority should be given to its recycling and its use in technologies to replace hydrocarbons.

“Mining is a globalized industry, as is the negative impact on the environment. What happens in remote areas affects us too”, says Turgon, though he specifies: “Canada is a position to teach other countries a lesson.” It has been very favorable to its mining companies. In both rare earths and other resources, the Canadian government is responsible for what its companies do inside and outside the country”.

Follow business information TwitterFacebook or in our weekly newsletter