#Canada . The hot hat stands outside in the migrant march from 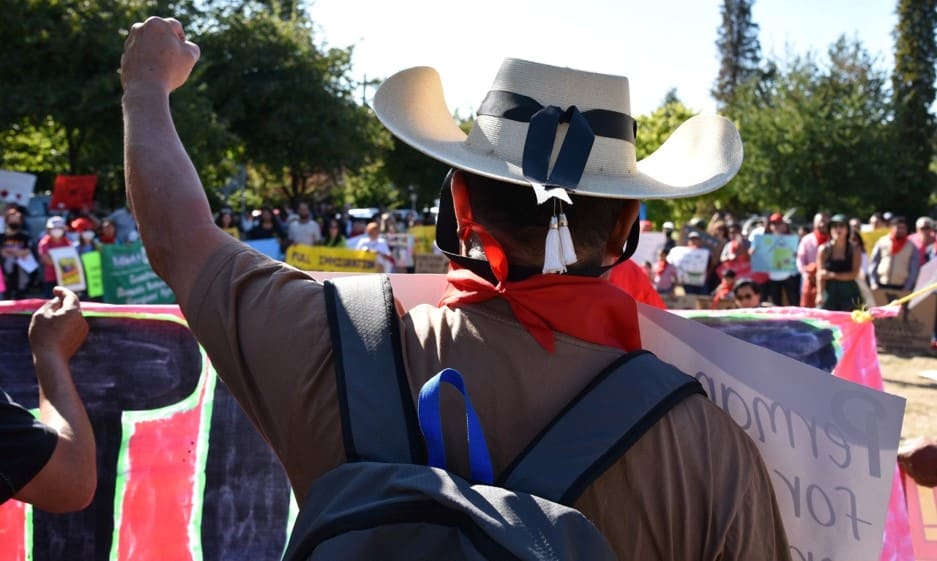 September 21, 2022. – Sombrero Calentano stands out among migrant marches held in 20 Canadian cities. Its owner joined the general petition demanding legal status for more than 1,700,000 workers from different parts of the world, thousands of them from Mexico, where many Luviennes stand out, who have suffered from persecution and violence over the years. fled and requested asylum. ,

The bearer of that warm hat, classic craftsmanship and obligatory attire from Guerrero and Michoacan, the southern region of the state of Mexico, is engineer agronomist Guillermo González Hernández, the first Luvienne to be protected by the Canadian government in Felipe Calderón’s Saxenio; Soon after, during the period of Pea Nieto’s government, three counts of officials and politicians of Luvianos, Lino Martínez, Homero Aguilar and Oscar Mora, were forced by violence to leave their homes and seek refuge in Canada. Had to be

Migration increases during the current government, with at least 10 full-fledged families requesting asylum from the municipality of Luvianos, victims of forced displacement due to the uncontrolled criminal wave in the area; They have joined this collective demand by several social organizations, human rights defenders, who demand that Canadian lawmakers review the issue and address the many injustices, labor exploitation, discrimination and marginalization in basic services such as education and health. act accordingly. ,

The petition is joined by thousands of Mexicans who have immigrated to Canada with a variety of conditions and for the most varied of circumstances; Their work is mainly concentrated in rural areas where, along with immigrants from other countries, they add at least 700,000 daily wage workers, as well as half a million illegal immigrants who arrived with tourist visas but remained on the job, and The other half a million people who look for opportunities to study and work in this country.

They all demand permanent residency, among other issues, and the engineer Guillermo González Hernández takes an active part in this movement, who applied for asylum more than 15 years ago; He already holds Canadian nationality and is one of the few to receive such benefits, in contrast to the nearly two million people who have no hope of attaining legal status that allows them access to health services. Allows, and benefits to any worker who fulfills his obligations and even more.

Guillermo González Hernández himself tells us about this mobilization, participating as a volunteer with aid groups, providing solidarity and humanitarian care for the hundreds of migrants of all ages who survive on the streets. To serve them, they have set up small camps, where they prepare hot meals and provide them with other services, this is in the heart of Vancouver, where many do not even have homes.

With much effort, he explains, they want to reduce the shortcomings of these migrants, who are suffering from violence and poverty, especially hundreds of farmers; They arrived in Canada as beneficiaries of temporary agricultural work programs, many stayed and did not return to Mexico, and there are now over half a million people, most of them Mexicans, of whom several thousand are from Mexicans.

Fortunately, as Luwian activists point out, many sectors of Canadian civil society have shown great solidarity, with many groups of human rights defenders serving the expatriate community of Chinese, Korean, Filipino and Mexican, mostly the most discriminated. Huh.

It is distinct from this group of women, who have cared for the elderly for decades, participating in what is known as “hard labor”, along with farmers, are the ones who put the most effort into their work. And there are minimal benefits, not even the expectation of permanent status, so march, to demand a change in the Canadian government’s immigration policy. The Liberal Party, a parliamentary fraction with a majority in Congress, has shown interest in this, which broadens the expectations and prospects of a favorable response to the petitions, assured González Hernández.

He said the matter was only of consistency and political will, to end the “shock” among legislators and reduce the requested requirements to obtain permanent residency, at least the procedures to be followed by them as workers. They provide all the facilities they provide, but to be residents they need unattainable issues such as speaking two languages, or a high level of education.

Because of this situation, refugee requests for Canada have decreased, increasing for the United States, where many residents of Tierra Caliente want to avoid high levels of violence, threats, evictions, mainly residents.

Ciudad Altamirano and Bezukos, who request asylum with all formality, a diplomatic figure on the rise, because they previously supported themselves with their relatives, a clear example being in Texas, where thousands of Calantanos were deported. , mainly from the south of Mexico. Many others have been forced to rebuild their lives in other entities, with very few having left for Europe, even South America, and the situation in the country, where the fight against criminal groups failed. Yes, the exodus will continue, he said..

This position is supported by community organizers, members of several groups, one of them known as the Sanctuary, and others who form a network of migrant rights at the national level, many of whom have been active for decades, to demand that Governments to review migrant policy, especially on the issue of regularization. That fight is very close to seeing a winning result when the number of undocumented migrants in Canada, in addition to demanding rights, especially for their children , organizes and expresses itself, as many cannot attend school.

It is also mandatory to guarantee them access to health services and other social services. This was sadly reflected during the pandemic, a time when these workers without rights survived substantial sectors such as construction and mainly agriculture; Such calls were given in a historical concentration in individual cities with banners carried with angry voices, which could eventually give thousands of migrants the prospect of a legal status that would enable them to receive decent housing, medical services and all benefits. Allows people to live for more than 20 years. work in many cases.

The prospect of achieving this now falls on a committee of legislators from the Liberal Party, who have expressed sympathy for the movement and have proposed legalizing all: Mexicans, Chinese, Filipinos, Jamaicans, Guatemalans, from the Antilles, etc., And the end too. Deals with discriminatory, overcrowded, without doctors, without food, and exorbitant fees in private schools where the admission process is also very slow,

In this context and in an official way, Trudeau, upon learning of the mobilization a day earlier, urged him to act quickly to implement fair immigration rules to guarantee equal rights to this one hundred and 700 thousand people. , which make up this Canadian coalition. and large civil society groups, which demonstrated in 12 cities on 18 September, leading to the creation of a regularization program for undocumented immigrants, the main demand of the “Pan-Canadian” group, about 500 people who worked in Canada for human rights, climate, and health. It is requested to guarantee permanent residence to the people suffering from precarious status due to illegality. 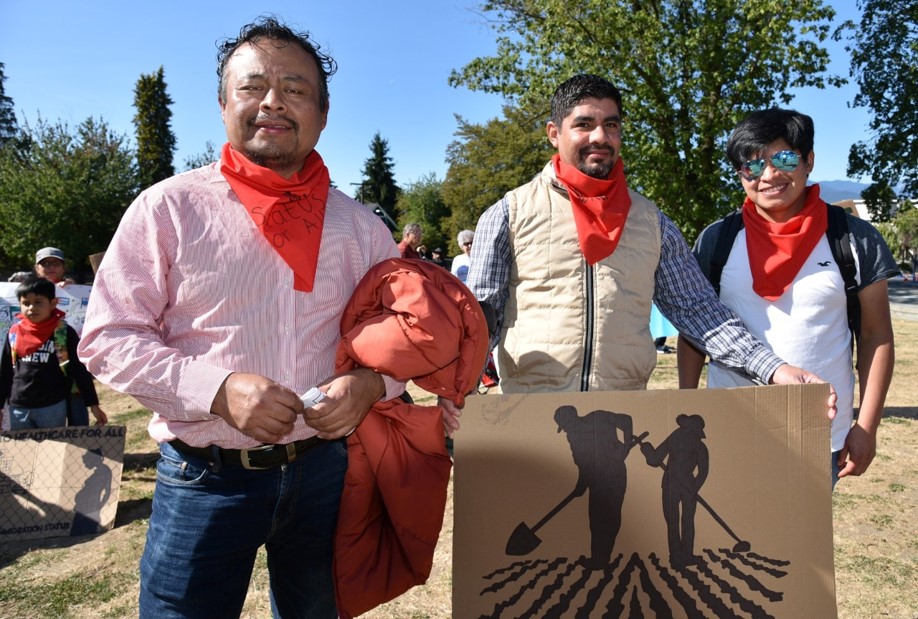