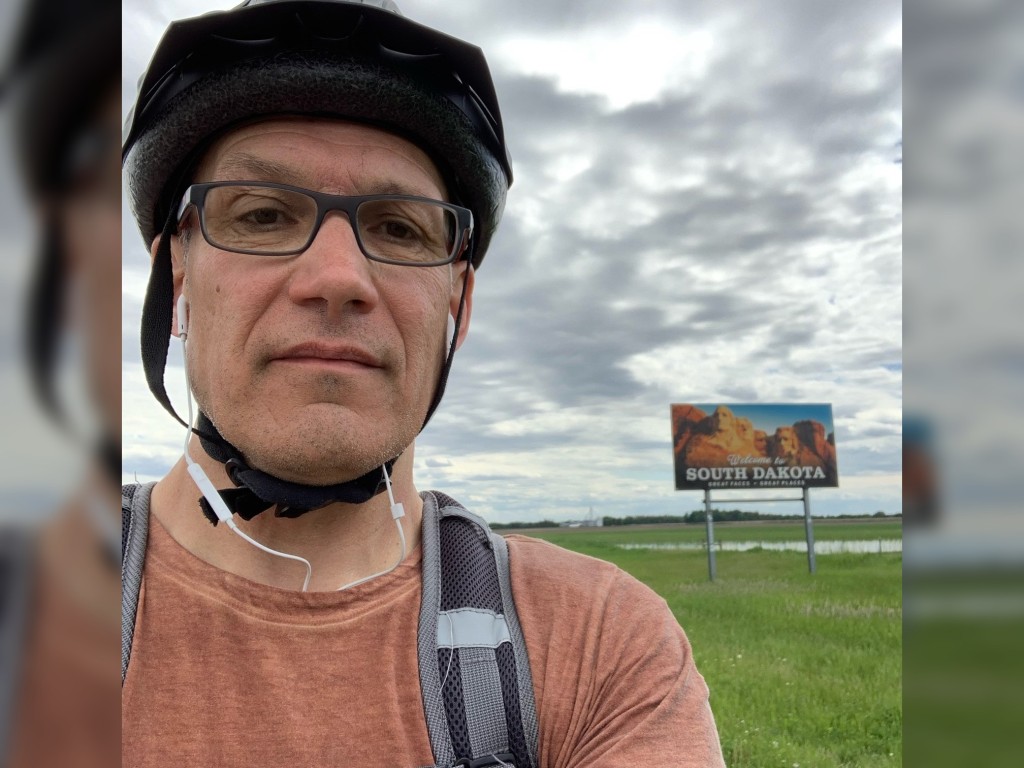 BROKINGS, SD – A 53-year-old man cycling from Winnipeg, Manitoba to Hot Springs, Ark., in an effort to raise money for his granddaughter’s medical condition, died last week after being struck by a vehicle on Interstate 29.

According to the South Dakota Highway Patrol, on June 9, Jean-Pierre Petit was riding his bicycle on I-29, about 17 miles north of Brookings, when a truck hit him along a fog line.

Wearing a helmet, Petit was taken to Sioux Falls Hospital, where he died on Monday.

The truck’s driver, 65-year-old Mark Ackerman of Brandon, SD, is expected to face charges in connection with the accident, which is being investigated by Highway Patrol.

In an effort to fundraise for her granddaughter, Evelyn, who suffered from end-stage kidney disease since her birth, Petit was inspired to bike the route from Winnipeg to Hot Springs.

Petit ran his first 100-mile ultra-marathon in Hot Springs. While in town, he visited Kidney Springs, a natural spring that described how the minerals in the water promoted kidney health.

After Evelyn was born, Petit said he was inspired to travel again. He thought of running at first but realized that it would take a long time. He instead settled on biking the route for about 800 miles.

It was on Day 6, after biking about 400 miles and raising about $18,000, that Petit struck north of Brookings on I-29. South Dakota does not ban bicycling on interstate highways.

Since the accident, family and friends have mourned the loss of Petit on the Cycle4Eveline Facebook page, also known as JP.

“JP has always been focused on the health and safety of others. He has left behind an amazing legacy that includes the recent support of his son and granddaughter during his kidney donation experience, and then his fundraising plan in support of Evelyn’s kidney transplant and other children who received nephrology care. The family reads a post he wrote. “And now, along with riding on this legacy, he’s donating his organs to help save more lives.”

Petit’s family said on Facebook that those who wish to honor Petit can send donations to Cycle4Eveline. He is survived by his wife, three children and grandchildren.

Warriors midseason review: Grades, awards for one of the NBA’s top first-half surprises