Caring with a gender perspective, the axis of the Latin American Conference on Women 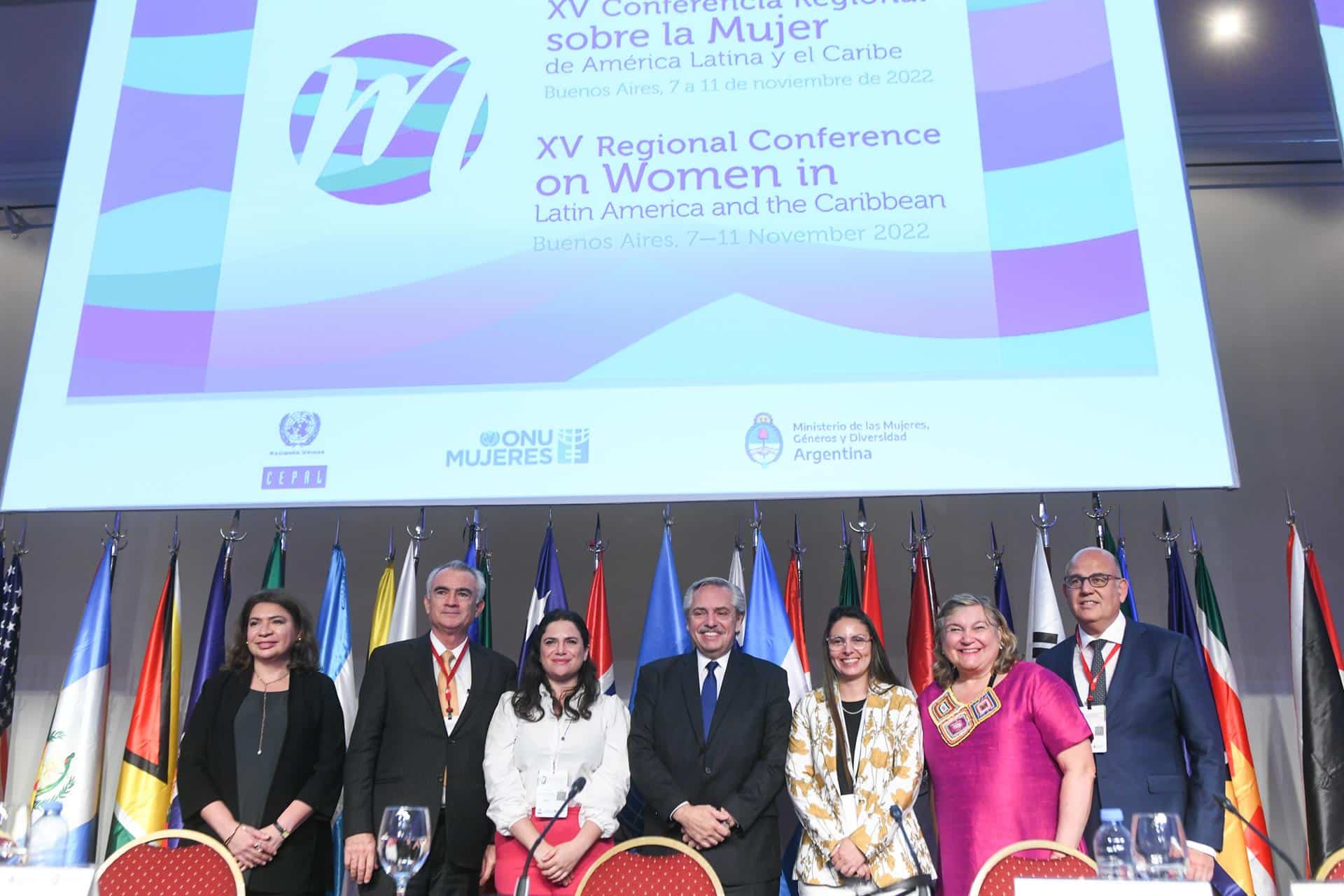 care in Latin America, its proper recognition and From the point of view of gender The focus is on the debate of the Regional Conference on Women that was inaugurated on 8 November in Argentina.

“We must recognize that which society has never recognized, that These are caring chores that women often do.”Argentine President Alberto Fernandez said at the opening of the XV Regional Conference on Women in Latin America and the Caribbean in Buenos Aires.

In this edition, the conference organized by the Economic Commission for Latin America and the Caribbean (ECLAC) in coordination with the United Nations entity Gender Equality and Women’s Empowerment (UN Women), pays special attention to care actions Mostly unpaid and assumed by women.

“we have to End women’s time evacuation. Adequate unpaid care, which is neither recognized, redistributed, nor reduced. Our three ‘R’s will have to be shouted across the region,” said Maria Noel Veja, regional director for UN Women of America and the Caribbean.

Veza has argued that the conference, to be held in Argentina by next Friday, is “starting to promote a cultural revolution, Putting the co-responsibility of men at the center of care».

“We need to redistribute unpaid care work. This is serious, gentlemen: we are tired, angry, and we want a change,” he insisted.

The Executive Secretary of the ECLAC, Jose Manuel Salazar-Zirinach, has noted the unequal distribution of care work in homes and Shows how it affects women’s economic autonomyLimiting their chances of participating on equal terms in the labor market, education and politics.

According to data reported by Salazar-Zirinach, women spend 20% of your time on homework and unpaid care of children, the elderly and the sick at home, while men spend only 7.3% of their time on these activities.

they are unfamiliar functions but with a significant economic burdenIn this sector, the economic contribution of care work is between 16 and 28% of GDP, and 74% of that contribution is made by women.

“The pandemic has dealt a blow to women’s economic autonomy due to the massive loss of domestic and care tasks and jobs,” said Salazar-Zirinach, who warned that one in two women are still out of the labor force in Latin America. .

For this reason, he pointed out that it is necessary act with a sense of urgency and raise the level of ambition and the scale of all policy efforts to address this problem.

In terms of public policies, Argentina Recognizes care tasks already As performed by women as mothers, one year of working seniority is calculated for each child for retirement purposes.

In addition, the Fernandez government promotes a bill to establish A comprehensive care system with a gender perspective.

« Lose There are challenges in manufacturing in our country of a national care system”, he also said in a recorded message Gabriel Borík, President of Chile, a country that was transferred on 8 November to Argentina, the presidency of the Regional Conference, the main UN Regional Forum on Women’s Rights and Gender Equality.

Chile’s Minister of Women and Gender Equality Antonia Orellana has said that next year Boric’s executive Will send a bill to Congress to create a national care systemThe construction of which “will take at least a decade” and, therefore, is of “maximum interest” in Buenos Aires these days debates about the “social, financial, political and economic compromises” needed to create the system.

as well as the Minister of Women, Gender and Diversity of Argentina who attended the opening of the meeting, Elaine Mazinaand resident coordinator of the United Nations system in Argentina, Claudia MojicaWho has read a message from UN Secretary-General Antonio Guterres.

attend the meeting Representatives from governments, organizations, academia and civil societyWomen and feminist movements in particular.

The first regional conference on the integration of women in the economic and social development of Latin America was held 45 years ago in Havana.