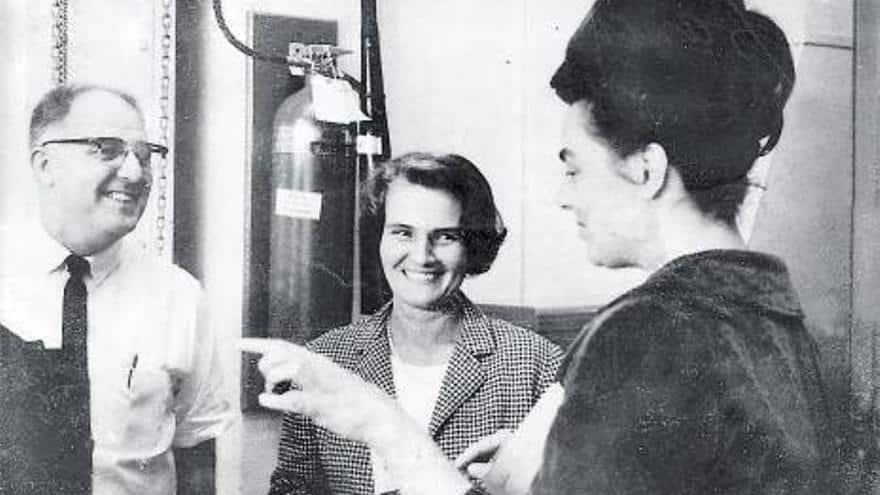 Carmen Laforet (1921-2004) is one of the examples of the author who is symbolically anchored to a very famous novel, on the other hand, already a classic in the history of Spanish literature, which is no small thing Is. And yet, Nada’s very young author wrote more works, winning the famous Nadal Prize in its first edition in 1944 and, a decade later, even won the National Literature Prize in 1955 with La Mujer Nueva.

My First Trip to the United States, just recovered by the Palencia publishing house Menoscuarto, gives a fine account of the solvency, irony and elegance with which he could write a travel book. This is a book originally titled Paralelo 35, a title that came from the famous Planeta editor José Manuel Lara and did not greatly appeal to the author, as he stated in a preface that Menoscarto saved at the end of the work. The book already had its current title since 1985.

Originally published in 1967, it describes an in-depth journey from north to south and east to west of the United States, undertaken two years earlier by Carmen Laforet, invited by that country’s State Department.

The spirit with which the author approaches this type of travel is striking, devoid of any predilection to describe what this North American Grand Tour has in store for him.

The result is a fresh look from a writer who shares a virgin landscape he’s never walked on, letting the farmer he describes speak for himself. And what passes through this tight and often joyous text allows the reader to conclude, as American efficiency, modernity and transparency fly here, with exemplary facilities and equipment, but the recent Kennedy assassination, some Over the years the fear of racial equality veers into support for the black minority, Southern prejudices or a rebellious youth who tries to change the rules of the game.

This booming world amid the hustle and bustle of trains and buses is so well described by this unbiased traveller, who leaves room for self-irony: «Miss PB had read my novels. It gave me a completely wrong idea of ​​my personality. And of course, in a hidden way, it also leaves an accurate testimony to the exile of Spanish intellectuals (Ramon J. Sender, Jorge Guillén, José Ferrat Mora…). In short, a more accurate picture of the United States than this brilliant and humble author gives.

Argentina vs Spain for Futsal: Schedule and how to watch Finalissima semi live