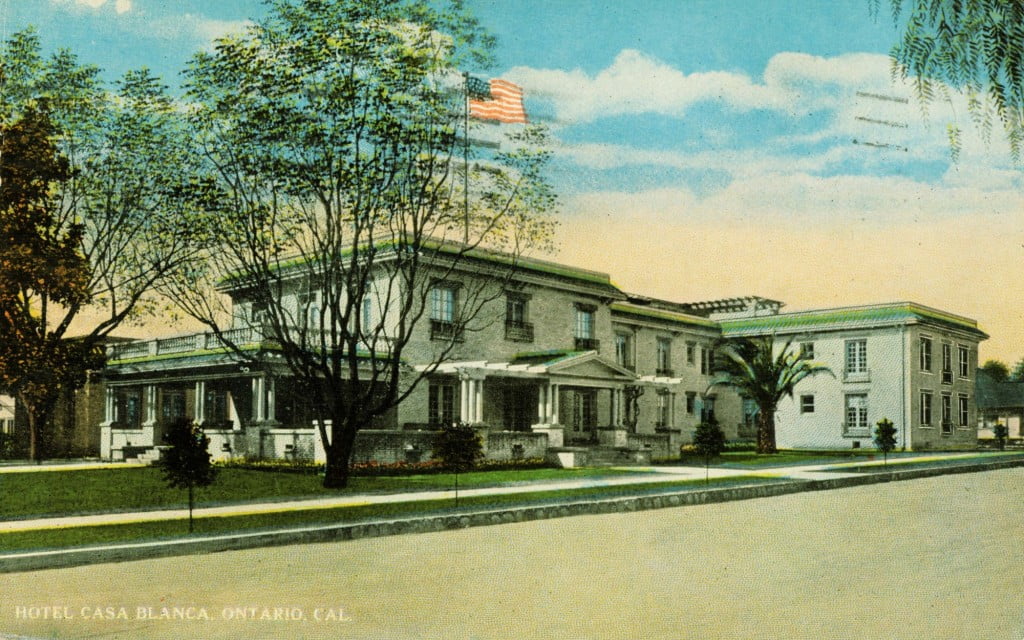 Following my column on the fire at Ontario City Landmark No. 1, reader Ron Vander Mollen of Pomona, the city-owned Follis House, took a comprehensive look at the matter. And his approach was of added interest because in the 1980s he lived across the street from the 1902 structure.

“Like many well-intentioned ‘preservation’ tales of historic properties,” wrote Vander Mollen, “years of neglect and disrepair make themselves evident in such properties. And it’s too late, Voila, Cana. , Shona Comments come out.”

Vander Mollen cited other prominent examples: the “ongoing destruction by neglect” of the old Norconian Hotel in Norco, the brick-built Pomona City stables that partially collapsed in 2017, and the “near omission” of the Pomona Fox and Pomona YMCA buildings. “. Both had suffered serious damage shortly before their 21st century rescue.

Added Vander Mollen: “I was on the same block as the old Casa Blanca hotel, another example that was left to rot for many years.”

The grand hotel on Ontario’s Holt Boulevard opened in 1915 and hosted Charlie Chaplin the following year. The hotel was later converted into apartments, used as a drug rehab center and abandoned in its final years. A reader told me that in the 1980s he and a friend of his would sneak in and investigate.

Casa Blanca was acquired by City Hall in 1989 to settle a debt—no, not from a municipal poker game, but from money owed by the property owner to other sites—and yet, the shades of the Fallis House, were good. Intentions gone bad.

The hotel was demolished in 1998 when the $2.7 million estimate for renovations was deemed too high compared to its $450,000 value.

As they voted to approve the demolition, some of the city council acknowledged that much of Casa Blanca’s decay was a result of the city’s lack of maintenance, according to our news coverage.

“We didn’t properly monitor the situation at Casa Blanca for the last five to seven years,” then-councillor Jerry Dubois admitted at the 1998 meeting. “Why did we let it fall into the dilapidated state it is in? Everyone knew it was a historic milestone.”

I expect the Inland Empire to have remarkable properties of which the same thing can be said. Three on the West End: Old Buffalo Inn in Upland, Old Firehouse Inn in Pomona, and Chinatown House in Rancho Cucamonga. You can name others in your city.

Not every remarkable building can be saved, especially when, like the Firehouse Inn and Buffalo Inn, they are in private hands. The Buffalo Inn must have lost so much of its mojo that it is now worthless. Every time I drive, it looks like a haunted house. I’m always afraid that next time it will be a smoking waste.

Did Ontario officials learn a lesson from Casa Blanca? Five years later, in 2003, the city-owned Fallis department store building was also deemed unsafe and met with a ball of debris. A lot is still empty.

DuBois’s remarks in 1998 about letting a historic fall into disrepair may apply today to the Fallis House, which had been vacant for 12 years and repeatedly invaded by customers. After the November 11 fire, the house may crack.

Upgrades were planned that would have turned the home belonging to a leading Ontario family into a transit center and business incubator. Officials are hopeful that this may still happen, but the stately home will no longer be the original, just an imitation.

In that column I quoted two neighbors who witnessed the fire and the movement. They live in the Emporia Place apartment across the street from the Fallis House.

Those apartments moved up in 2020, which for years had been an empty lot that took up a full square block.

It was the former site of Casa Blanca.

The Unity Church of Pomona is a rare interfaith congregation that seeks to find common ground among the major religions. But like traditional churches, or Unity itself, the Unity Church is struggling. The fundraising concert on Saturday afternoons from 2 to 3 p.m. aims to help a little. Singers, pianists and a guitarist will perform at the modest church, 24 E. Pasadena St. Masks and vaccinations are required, and donations are not only encouraged, they are to the point.

Mike Preston: Have the Ravens finally found their elusive pass? The season may depend on this. | A COMMENT