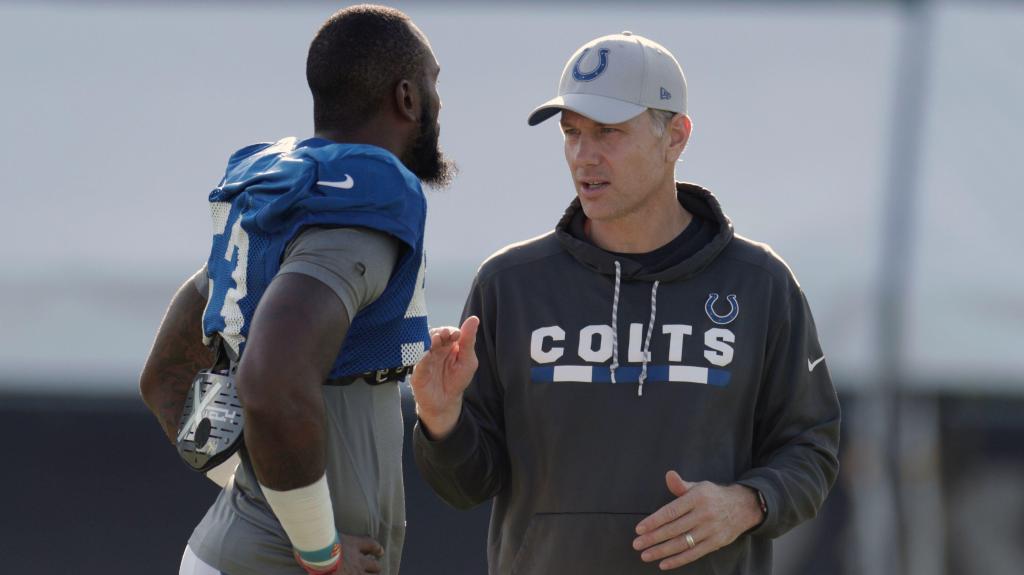 Eighty-nine days before the start of the Chicago Bears’ regular season against the San Francisco 49ers at Soldier Field, quarterback Justin Fields was asked if he was itching to get the season started, if he was eager to test his development. And to see the team’s new-look offense in action was wracking his patience.

“No,” he said Tuesday afternoon. “I’m not ready for the season to start.”

The response was firm and vigorous.

They shouldn’t be either. Not in mid-June, not after major changes, the team made it this off-season to the front office, coaching staff and roster. It’s a one-on-one reboot, and the quarterback starting bears are kind enough to understand that the hard work has just begun.

The Bears are engrossed in their mandatory minicamp at Halas Hall this week, another stage to continue their offense and another chance to see Fields work on his footwork, timing and overall comfort in coordinator Luke Getsy’s system. Still, it’s clear that crime as a whole is a major work in progress and shrouded in a trial-and-error phase that’s clearly around the edges.

The field, for example, can sometimes be a touch late or a tad off with a throw, just as he came late in the team drill on Tuesday, when cornerback Jaylon Johnson hit a fresh with a left. Jumped a pass for Sharp, picked him up and ran. The north end area of ​​Field 1.

Nevertheless, this is also the type of error the field can reflect in the film study after meeting and practice, to diagnose exactly what went wrong and how he can fix it.

“Right now, the coaches are throwing a lot at us,” Fields said. “They are throwing the whole playbook at us – which is good. Of course there are going to be mistakes. But we want the mistakes to come sooner or later in the fall or camp.”

The field, as has been well documented, will likely climb for the foreseeable future, particularly with an unproven receiving core and an unstable line around it. Until a later point, the bears continue to move the pieces forward. On Tuesday, his first unit offensive line included left tackle Braxton Jones, right tackle Larry Borom and interior linemen Sam Mustifer, Lucas Patrick and Cody Whitehair.

Bears coaches are working to find the best group for what they want to do and can continue to mess around with things at training camp in July and August.

You would think that Fields, as early as possible, would value consistency in his offensive line, wanting to get a feel for how to work within the pocket and how to deliver his confidence. But as of this week, he said he has little concern for the liquid nature of depth charts.

“I’m in no hurry,” Fields said. “We still have a lot of time. And at the end of the day, whoever does the best job will be the best fit for us.”

Fields also spoke positively about his bright relationship with Getsy, looking forward to seeing it develop in the months to come.

In the bridge between the end of the minicamp on Thursday and the opening of training camp next month, Fields insisted on continuing to learn the details of his new playbook and furthering his connections with his receivers.

Eberfluss has emphasized similar things with his young quarterback and expects off-campus throwing sessions with teammates to remain a part of Fields’ routine during the summer break.

“It’s an important factor in timing to be able to work with each other,” Eberfluss said.

Receiver Darnell Mooney is most likely to be dialed with the field at this point. And even with the growing pains that the offense is enduring, Mooney is encouraged by Fields’ mindset.

Of course, that brand of grand rhetoric is expected. And soon it will have to be backed by high-end on-field production that is consistent and undeniable. However, so far the bumps on the road remain obvious.

After all, many Bears have the patience to work through the rough patches that are inevitable when setting up a new offense with a young quarterback. Will give way to an urgency to start ramping up for Week 1. It will take effort to balance that patience and urgency properly.

“For me it’s not just making the same mistake twice,” Fields said. “If you make that one mistake in a play, don’t make it again. And if you eventually keep getting better, there will be (fewer) mistakes every day. And, of course, you’ll be where you want to be.” “

Tuesday was another reminder that where the bears want to be aggressive is still a long way off. The offense still needs a significant amount of time to get there. But the effort required to pave that road will be enough.

At the start of practice on Wednesday, the Bears will be 88 days away from their opener as the countdown to their big tests continues.

Albania declares a holiday for the Conference League final