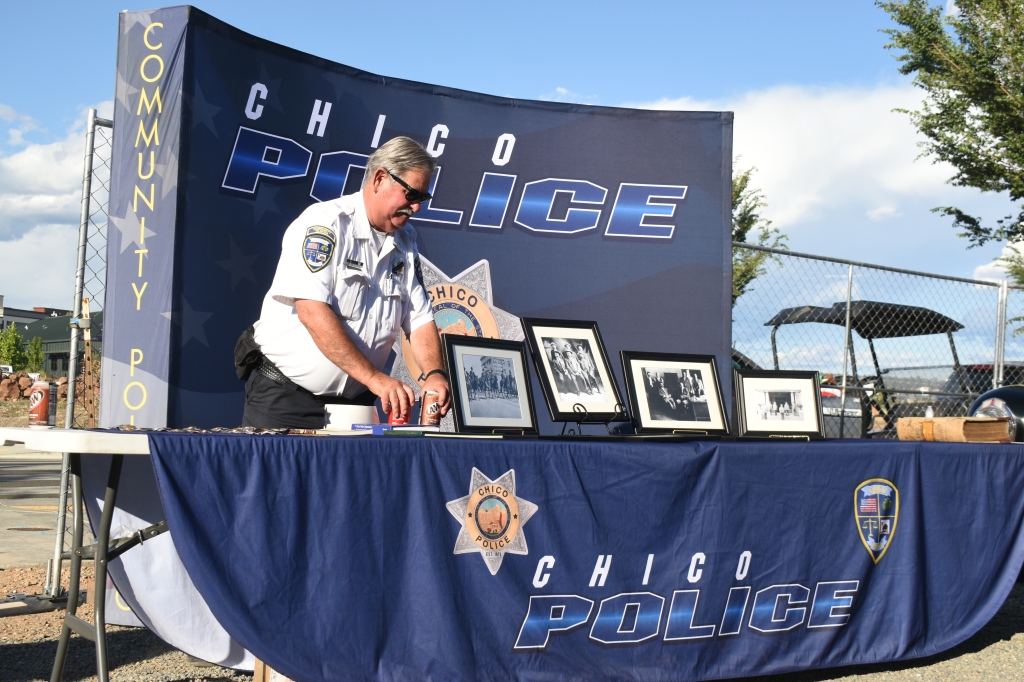 With performances from bounce castles, corn hole games and hot flashes, the Barn at Mary Park welcomes a crowd of about 200 people.

“It’s a big deal – your police department has been serving for 150 years. That’s a long time,” said Chico Police Department chief Matt Madden. “We want to be able to recognize all the men and women who have Served the city along with the police department.”

At the ceremony, officers wore a redesigned badge to commemorate the anniversary of the service. Madden said the design for the badge mimics that of an earlier badge.

“The badge is very representative of what we do,” Madden said. “When a police officer graduates from an academy or when an employee comes on board, the authority to perform that task comes from the state of California, but the responsibility for wearing that badge and the expectations comes from the community. That badge comes from every represents the person who is here tonight.”

On the grill, burgers were being prepared and served by the Chico Police Officers Association.

“We are the main labor organization for members of the Police Department,” said CPOA President Tyler Rainer. “At times, we come out and do outfits for the community. This grill is also owned by the association. We use it all the time – we go out and pay for all the food to show the good side of the police.”

As the Police Department celebrates, the city of Chico also recognizes its 150th year of being a city since it was formed in 1872.