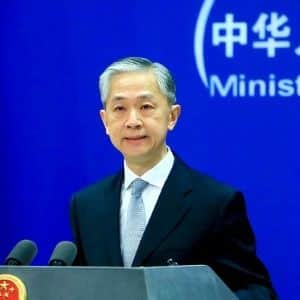 Following Australia’s announcement of joining the United States (US) boycott of the Winter Olympics, the Chinese government on Wednesday urged Canberra to take the necessary steps to improve bilateral relations.

China rejects US attempt to politicize the Olympics. winters

“China once again calls on Australia to take practical steps to create an environment conducive to improving bilateral relations,” the Chinese Embassy in Australia said on Twitter.

According to the diplomatic mission, the boycott of the Beijing Winter Olympics “contradicts the intentions to deepen cooperation” with China, as the Australian government would say.

#China today called on Australia to improve relations and criticized its decision to join the diplomatic boycott of the Beijing 2022 Winter Olympics announced by #USA
– This further strains relations damaged after Huawei’s veto, trade restrictions and the origin of Covid-19. pic.twitter.com/sHD2s37X8I


Earlier, Australian Prime Minister Scott Morrison announced a diplomatic boycott, so that representatives of Australia will not come to the celebration in Beijing, although the athletes of this country will come.

For its part, Foreign Ministry spokesman Wang Wenbin said that China did not invite representatives of the Australian government to the Games, and it does not matter if they attend the Games.

“The public escapade of Australian politicians out of vested political interests will not affect Beijing’s success as the host of the Winter Olympics,” he criticized.

The Australian authorities supported the US approach to the alleged human rights violations committed by the Chinese government. The White House has confirmed that no high-ranking official will appear at the sports fair, which has not happened since the 1980s.

Similarly, Morrison pointed out that the measure was taken because of the difficulties in opening diplomatic channels with the Asian giant to resolve these issues, because of the measures taken by the country to block imports of Australian products.

The United States took the same measure based on the alleged genocide and crimes against humanity in Xinjiang against the Uyghur population.

This was a repeated accusation against China, to which Beijing responded by pointing out US interference in domestic affairs.

la Maradona: Djokovic back in wheelchair and fans remind him of ‘brutal’ point

Titans moving for new stadium ‘with a sense of urgency’