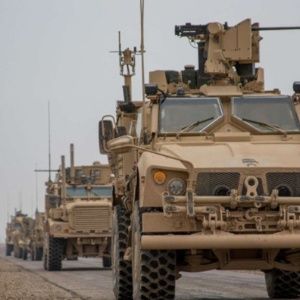 The Chinese government on Wednesday called on the White House to stop plundering Syria’s national resources, while calling on US officials to respect sovereignty and territorial integrity.

According to the Asian spokesman, the US government has a duty to investigate robberies committed by intervening military forces, as well as to compensate for the damages caused.

Since early August, there have been at least 10 oil thefts by US troops in Syria. About 800 tankers were used to transport the stolen oil to US bases outside Syria. Meanwhile, Syrians had to queue for hours at a gas station to fill up. pic.twitter.com/1Q1dOhD0og


In this sense, the diplomat said that “this is not the first time that the United States military has stolen oil from Syria and they seem to be becoming more and more uncontrollable.”

From this he cited Syria’s Ministry of Oil and Mineral Resources, which said that “the US military and their backed armed forces exported 82 percent of the barrels of Syrian oil in the first half of 2022.”

For its part, the Office of the United Nations High Commissioner for Human Rights (OHCHR) said last week that around 40 civilian facilities had been destroyed or damaged in fighting by US forces.

In return, the Syrian Foreign Ministry has condemned the serious damage inflicted by US forces and their armed groups in the oil and gas sector since the US intervention in the conflict.