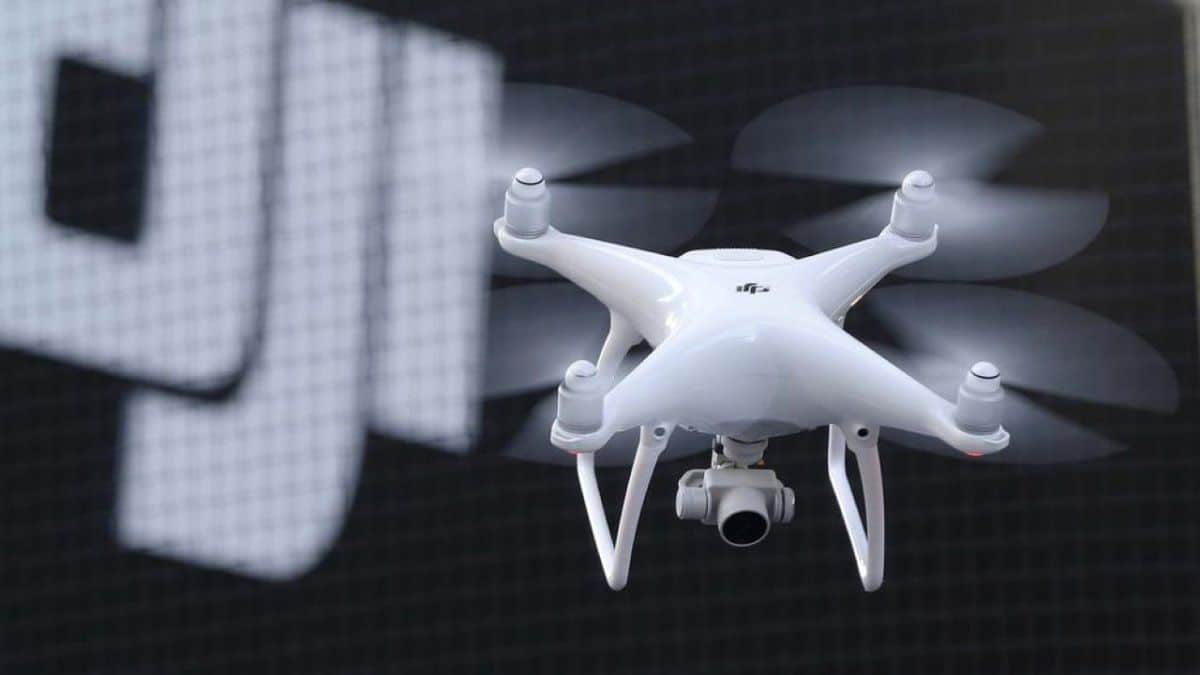 Known mostly as the Drone Law of 2022, the proposed law urges the government to ban the use of that Chinese company’s products, not only because of the information that its drones collect themselves, but also those collected by mobile applications. Also because of the data carried. Users who control their devices, including contacts, photos, GPS location and online activities.

If you’ve never heard of DJI, know that this Chinese company controls almost 90% of the global market for commercial drones and 70% of the demand for business and industrial drones. Headquartered in Shenzhen, considered China’s Silicon Valley, the key to success is its direct access to suppliers, raw materials and young, creative talent, according to its website.

From a small office in 2006 to a global workforce of over 6,000 employees, the privately owned company also has offices in Beijing, Hong Kong, Germany, the Netherlands, Japan, and, of course, at home, where only between 2020 and 2021 $3.6 million has been spent on lobbying.

His goal, according to Schweitzer, “Avoid ASDA project approval”, Reasons why, even, “Recruited police officers from local courts to go to Washington and lobby Congressional staff about how good DJI drones are for their forces.”,

According to this expert,The Chinese know that cornering the market in an area where access is equal is critical to their long-term plans for dominance. Their pattern involves stealing technology that they cannot create and using any means to facilitate that theft. Therefore, every bit of access to the information they ask for is more important to them than the product that is used to obtain it.”

Schweitzer also stressed the importance of understanding these patterns for the Chinese and gave examples of mode of operation, He cited the case of the Wilson Center, which was subjected to intimidation tactics (intelligence gathering and financial retaliation) by students and diplomats of the People’s Republic of China (PRC) in 2017.

They said that “Those concerns prompted the Trump administration in 2018 to create a “China Initiative” within the Justice Department, an effort that has led to multiple convictions of Chinese citizens in the US for technology theft and other forms of industrial espionage. And the current administration has decided to end this year.

For Schweizer, it is clear that “LGathering Chinese intelligence in the US takes many forms and serves a variety of purposes. [De hecho]Most Americans are familiar with some of his tools and tactics, if not by his range and persistence.

In this order of things, also the author of Red handed: how the US elite are helping China win insisted that Americans could know about it malware Content on the TikTok app used by your kids, as well as about the Chinese military’s cyber intelligence service, which has likely been behind several major attacks on Americans’ personal data.

He also said that “They may also learn how US defense and intelligence policy has sanctioned Chinese telecommunications giant Huawei and advised allies to reject the deployment of China-designed 5G networks.However, he threw a question to the wind: “I[Acaso] they know that [eso] extends to consumer-grade drones?”

echo of the report published in dispatch By cybersecurity expert Clone Kitchen, Schweizer highlights in his analysis that DJI drones “They’re affordable, easy to fly and operate, and every byte of data they send to servers in China.”

“for that reason, Insisted, They are banned by the US military and the Department of Homeland Security, although they are still used by the FBI. [Buró Federal de Investigaciones] and increasingly referred to as “eyes in the sky” by the local police during criminal incidents.

In the case of the FBI, he pointed out that their use “This is particularly ironic, given that the director of the bureau, Christopher Wray, has frequently warned about the dangers the Chinese present to Western trade.”

One who is completely convinced of the grave threat Chinese drones represent to American security is Senator Rob Portman (R-OH), who made his undisputed position more than clear during a Senate hearing on the ASDA law.

Take into consideration “From what the FBI has told us, what the Commerce Department has told us, and what we know from the reports, I can’t believe we need a law to force US agencies to ban the use of drones made in China. Especially if the servers are in China, where the government is a co-owner and backer of that particular company.” Signed Portman.

Why does DJI steal information?

In addition to the above features, the drones in question are smaller and more affordable than competing offerings, although they pose a serious problem because, “As a Chinese company, all data collected is available to the Chinese Communist Party (CCP), which can add that information to its growing data store on US citizens, critical infrastructure and other spying targets.” The famous Clone Kitchen.

The expert said that DJI denies all this, with the Department of Homeland Security (DHS) issuing a warning about drones made in China, which, among other things, said: “The United States government has serious concerns about any technology product that brings US data into the territory of an authoritarian state, which allows its intelligence services unrestricted access to that data or abuses that access.

According to Kitchn, who was the national security adviser to Senator Ben Sasse, the Department of Defense (DOD) has also banned the acquisition of DJI drones for research, with limited exceptions, because they pose a potential threat to national security.

As it could not be otherwise, and taking into account the danger that these devices pose to our integrity as a nation, the company in question has already been added to the commercial blacklist, therefore, the US firm Technology or Will be able to export the content. Required for the manufacture of their drones.

Regarding the ASDA project, even a veteran of the intelligence community said that “We can go further in banning DJI from doing business in the United States, because I believe the security of local and personal data is as important as the security of federal data.

With regard to the FBI’s reasoning for continuing to use drones, Kitchen stated that “There are plenty of reliable alternatives out there that are just as good (if not better), and I don’t care how much money these organizations are saving, if it requires the sacrifice of our data and our security. ,

Regarding police departments, he explained that they use these tools to document evidence, search for criminals in inhospitable environments and stay informed about the status of active crime scenes, such as bank robberies or hostage taking. , For example.

From their point of view, it’s no exaggeration to say that DJI has become a solution for these law enforcement entities looking to up their tech game., ain present, “90% of public safety agencies in the US own DJI drones, and this gives the company [china] a confident defender plots.

In this information, he highlighted the fact that “Leaders at the US state, local, tribal and regional levels are at risk of being manipulated into supporting the hidden agenda of the PRC.” Above all, if one takes into account that their “Influence operations can be confusing and coercive, sometimes masked with a seemingly benign business opportunity or people-to-people exchanges. [verdaderas] political agenda”.

The expert also confirmed that “DJI’s manipulation and use of state and local law enforcement is part of a broader political influence campaign targeting the United States. And while regional officials can be forgiven for being unaware of the scandal, the federal government needs to shut it down, and help state and local leaders become more sophisticated.”

Of course, if the law passes, federal spending will drop as well. USA spending data, quoted in a report by diplomat In this regard, he showed that DJI received nearly two million dollars for 159 transactions carried out across various government agencies. If this sounds alarming to you, the fact is that some of those deals were made after the DoD issued a warning about the Chinese company.

The conclusion is that America should get rid of Da Jiang Innovation’s drones. How much information this company has been able to steal at both the federal and commercial levels is unknown, without knowing the use CCP is using.

This is yet another alarming warning of the intentions of the Chinese regime against the US. For this reason, the government should reiterate its caution on Chinese manufacturing, and especially on products that are ideal spy weapons in their own right.

Award-Winning Economist, Businessman, Newscaster and Writer best seller, His new book “America 2.0: The US War of Independence. Against China” is available on Amazon. https://bravozulupublishers.com